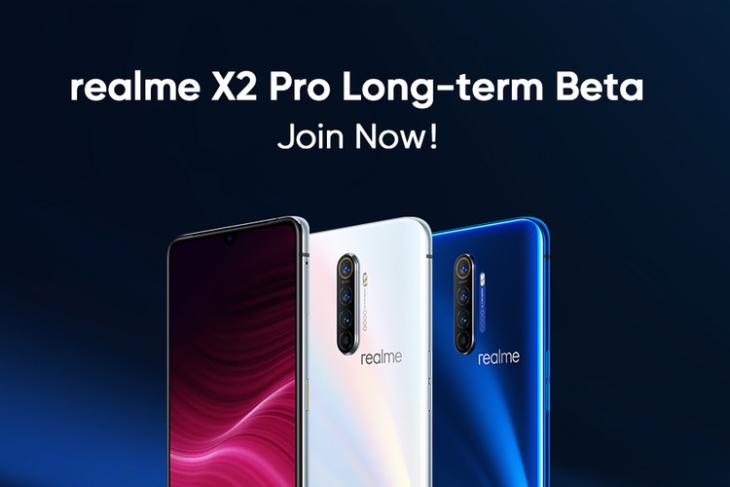 Realme has announced what it is calling a “long term beta program for realme UI” that will offer some Realme X2 Pro users early access to Android 11. In a post on its official forums, Realme said that the two main purposes for the long-term beta program is to enable users to experience the latest developments in realme UI , as well as collect feedback to help fix as many issues as possible before starting the wider OTA update.

The program is currently restricted to the Realme X2 Pro and, will include a round of closed-beta testing followed by the Android 11 Early Access beta. Interested X2 Pro users will have to post at least one comment on the company’s official community forums and then fill out this Google Form on or before May 18th. Only 100 beta-testers will be selected for the program, and their names will be announced by May 22nd.

According to Realme, “The program aims to invite fans to experience unreleased Realme UI features in advance in a closed test phase, and help Realme make the final decision whether these features will be officially implemented to realme UI or not”. Thankfully, users will be able to roll back the update if they want to do so, with the company likely to release a rollback build sooner rather than later.

Following the launch of the Realme X2 Pro last last year, the company, back in March, announced an Open Beta Program for the Realme X2 Pro in India. The following month, Realme published the Android 10 kernel source code for the device as part of its GNU GPL obligations. Either way, if you own a Realme X2 Pro and want to be part of the Android 11 Early Access beta program, you can check out all the details on the official Realme forums.