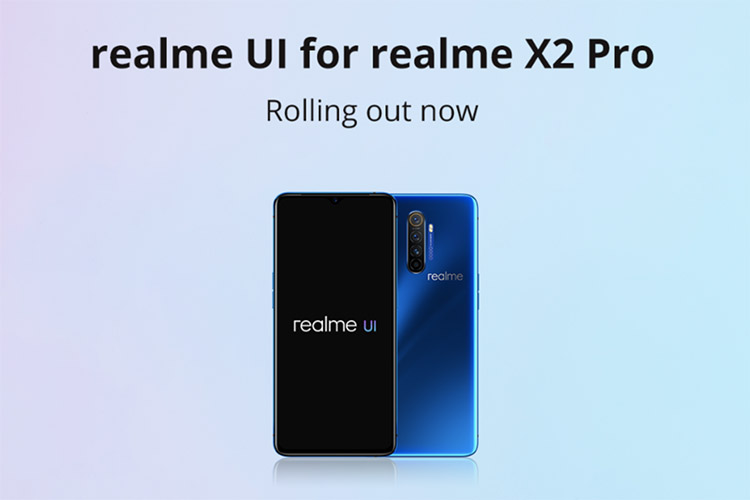 Realme has started rolling out stable Android 10 updates for a couple of its relatively recent releases – the X2 and the X2 Pro. While the former comes with version number RMX1992AEX_11.C.05, the latter is shipping as version RMX1931EX_11.C.23. The updates come with Realme UI on top and, include the expected Android 10 features alongside a new ‘Real Design’ styling that the company says “makes visuals more attractive and operation more efficient”.

Like all major updates, these are being rolled out in batches, so it might take a while for them to be available for all devices across the country. Users should get a notification once it’s available for their device, but they can also check for it manually by going over to the Settings app on their phone. Do note that for the Realme X2, the device will have to be on version A.19 to receive the incoming update.

Realme also says that the incoming update comes with an optimized Camera UI for better user experience and an optimized Album UI for a clearer structure and photo thumbnails. The Realme Share feature now also supports sharing files with OPPO, Vivo and Xiaomi devices. From what we could see, the changelogs for the Realme X2 and Realme X2 Pro were pretty much identical barring a few minor differences. In case you own either of the devices, you can check out the original forum posts for the Realme X2 and Realme X2 Pro.