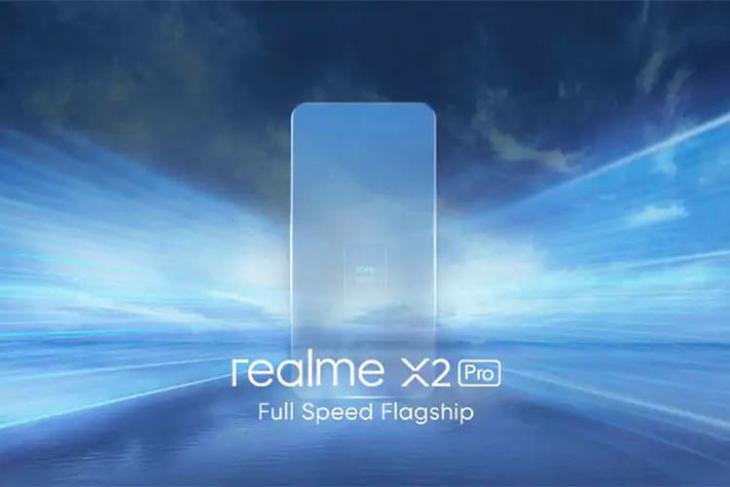 Chinese smartphone maker, Realme, is all set to launch its premium flagship smartphone the Realme X2 Pro, and the company has now officially teased the device’s launch, along with some key specifications of the upcoming smartphone on its website.

According to the listing on the Realme website, the Realme X2 Pro will come with top-of-the-line specifications, including the latest Snapdragon 855+ Mobile Platform, and a 90Hz screen, similar to the OnePlus 7T. Apart from that, the company confirmed that the smartphone will pack in a 64MP primary camera as well.

The most advanced screen on the market is on our best smartphone.

Take a look at our realme X2 Pro. Our 90Hz screen will make you not want to look at any other screen. https://t.co/QMXqilKky0#FullSpeedFlagship #realmeX2Pro pic.twitter.com/0kgR0vunZZ

These details fall in line with statements made by Realme CEO Madhav Sheth on YouTube, where he confirmed that the company is working on a smartphone with a 90Hz display. With the upcoming Realme X2 Pro, Realme is going to take the fight to OnePlus in India’s premium flagship market, competing against the recently launched OnePlus 7T (and the soon to be unveiled OnePlus 7T Pro).