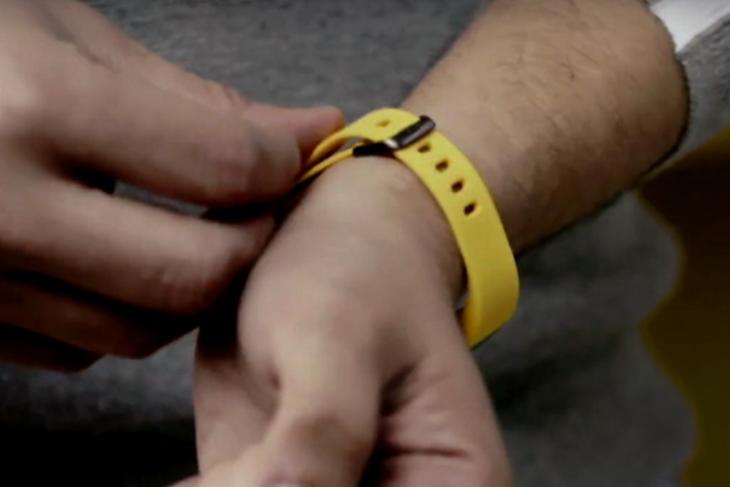 Realme has been talking up the launch of its first-ever fitness band for quite some time now. It also teased the fitness band in the Realme 5i launch video earlier this month. It was said to arrive pretty soon and well, Realme India CEO has today confirmed that the Realme fitness band is launching next month.

In the latest #AskMadhav episode, Sheth revealed the answer to one of the most-asked questions. The much-anticipated Realme fitness band is launching in February 2020, he revealed in the video you see attached below. “For all the guys who have made a New Year’s resolution to stay fitter, we’re coming with a fitness band in the month of February itself,” said Sheth in the video (jump to 2:07).

While Sheth kept mum on the exact date, we now know that the wait for the Realme fitness band isn’t too long. The Mi Band and Honor Band competitor that everyone is waiting to check out was teased earlier this month. We did not get a look at the display (the biggest mystery! Does it have a color AMOLED display? What does the UI look like? and more) and simply the signature yellow-colored strap was shown off in the teaser. It also has a traditional watch-like clasp, if you remember.

Realme fans also seek the answers to Realme X50‘s India launch in the video above, but Sheth merely hypes up the arrival of the rumored flagship (Realme X50 Pro, powered by the Snapdragon 865) arriving at MWC 2020 in Barcelona next month. We can expect the same to land in India very soon, possibly in March to take on the Poco F2 – which might leave it high and dry.