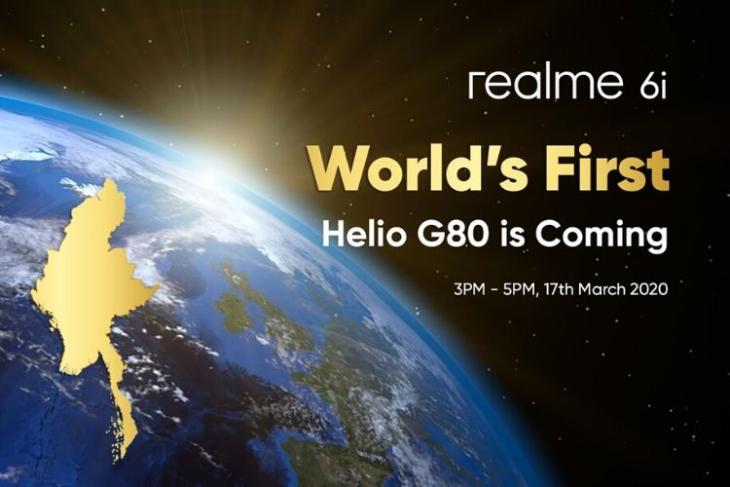 Realme seems to be unstoppable at the moment. After unveiling the impressive Realme 6 and 6 Pro in India earlier last week, the Chinese giant has now shared the launch date for Realme 6i. It will be a more affordable addition to the Realme 6 lineup.

In an official post on Facebook, Realme Mobiles announced that Realme 6i will launch on 17th March — first in Myanmar. Yeah, if you were hoping for the company to bring a new budget smartphone to India within a couple of weeks of the previous launch, well, that’s not happening.

The company hasn’t shared a lot of information about the Realme 6i, except for the fact that it will be the “world’s first smartphone powered by the MediaTek Helio G80 chipset.”

For those unaware, Helio G80 was announced alongside the Helio G70 and well, Realme was also the first to launch the first Helio G70-powered smartphone — the Realme C3 in India last month. It’s a gaming-centric chipset as well and you can read all about it right here. 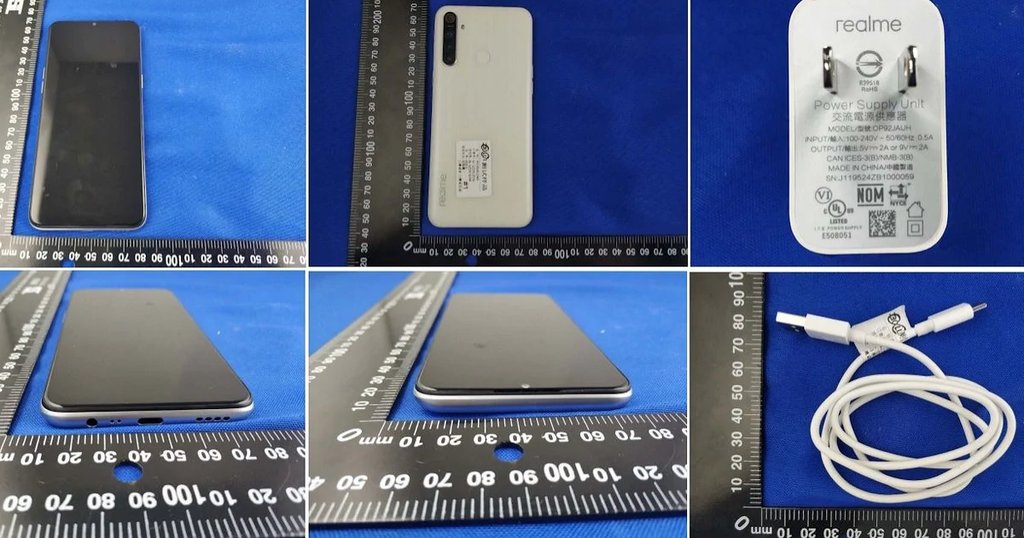 Realme 6i recently made an appearance at Federal Communications Commission (FCC), giving us a good look at the device and confirming some of its key hardware features. I mean, you can see in the images above that Realme 6i will feature a display with a waterdrop notch (same as its predecessor), quad-cameras, a 3.5mm headphone jack, USB Type-C port, and more.

The leaks suggest that the device will feature a 48MP primary sensor as opposed to the 12MP on its predecessor. There’s a physical fingerprint scanner on the rear, a 5,000mAh battery, an 18W (9V/2A) adapter, volume rockers on the left, and a power button on the right.

Realme 6i will most likely be a successor to the Realme 5, further streamlining Realme’s cluttered budget lineup globally. We can expect the company to bring the device to India towards the end of March or the first week of April. Excited? Do et us know down in the comments section.