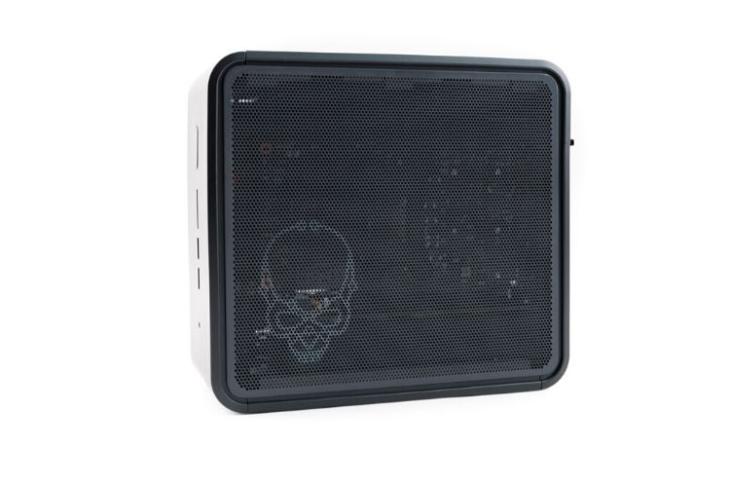 CES 2020 is already in full-swing with announcements from PC and IoT product makers. Now, Intel is pitching in with some intriguing details for its 10th-Gen H-series processor, but that’s not all. It has also officially unveiled its long-rumored modular PC, dubbed the Ghost Canyon, which will house everything from the CPU, RAM, and storage to GPU and more.

It’s basically an upgraded variant of Intel’s NUC (Next Unit of Computing) from 2018. It housed AMD graphics with Intel CPUs but it wasn’t modular. Ghost Canyon, which is also known as NUC 9 Extreme, introduces modularity into the mix to make it possible for the users to swap out CPU, GPU, RAM, and other components at will. It’s the same size as that of a gaming console – a 5-liter body to house all the necessary components for a desktop-like performance.

Intel only teased the NUC 9 Extreme at its briefing at CES 2020 today. The official deets are currently under wraps (there’s no information on the company’s website) but will be shared in the next few hours or days. We only have access to a single slide that reveals Ghost Canyon NUC to be powered by up to Intel’s H-series Core i9 processor and pack support for discrete graphics cards.

You can see that the NUC is confirmed to sport Intel’s Compute Element system as well, which means you will be able to easily swap out the core unit housing the motherboard, CPU and I/O ports. It already includes 2 Thunderbolt ports, 4 USB 3.0 ports, 2 ethernet ports, 1 HDMI port, an audio combo port, and more. This will make Intel’s Ghost Canyon NUC truly modular, so stay tuned for more information about the pricing and availability details. We will also bring you on-ground coverage from the trade show on YouTube and Beebom’s website, so don’t forget to circle back for more.