Skip to content
Home What is RAW vs JPEG: What Image Format You Should Use

RAW or JPEG, it’s a decision every avid photographer has made at least once in their life. It is also a question that many people are looking for an answer to. What exactly is the difference between RAW and JPEG? You will find a lot of good articles online that explain the technical difference between the two. However, a lot of the technical details aren’t really meant for an average person, who simply wants to know what difference does the format makes to the photos they click. So, we are here today to break it down for you and tell you the basic differences between RAW and JPEG. We are talking about the general things which matter to the everyday guy taking a selfie and to the nature lover capturing a scenic beauty. Not the numbers, but everything you need, to understand the difference.

Before we start, you should know that RAW file formats were initially available only on DSLRs and professional cameras. Smartphones use JPEG format, but, with the release of modern day smartphones that are equipped with some powerful cameras, RAW format is now available even on smartphones. Some phones are capable of capturing RAW images through their stock camera apps while some require other camera apps to be downloaded from the store. So, if you are planning to buy a new smartphone, you should definitely consider this before making a purchase. 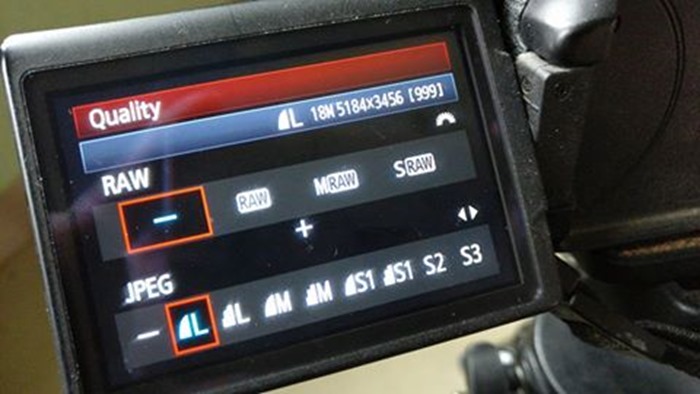 What do they mean?

The photos captured in RAW file format are lossless, which means the photo is captured in its original state without losing any detail. The images captured in RAW format have lower contrast, less sharpness, and reduced brightness, when viewed without any editing. These files are larger in size compared to JPEG. The RAW photos look dull and flat on pre-editing because it is unprocessed in any way. It will also vary depending on the camera you use, since different cameras capture photos differently, depending on the quality of the lens, ability to absorb light etc. Also, RAW photos cannot be opened in just any image viewer and would require a software like Adobe Photoshop, Lightroom, etc. to be opened and edited.

The JPEG file format is very common and almost all smartphones capture images in this format by default. The file size is relatively less and an 8 MP camera will capture a photo of the size of 1-3 MBs. It is a loss format of capturing photos, which means a lot of the original detail is lost on capture. This means that any changes made on capture – like increasing sharpness, contrast, brightness, etc. are nearly impossible to reverse. The details are lost on capture and it depends highly on the mode or scene you are using while capturing. The images are better looking initially with higher contrast, brightness and noise reduction. JPEG images can be opened in just about any image viewer and can also be printed or uploaded without making any edits.

A Story Of Two Halves

Pre-edited photos are the ones that have had no extra editing made to them and are in the same state as they first were, when captured by the camera. If you compare JPEG and RAW images before they have undergone any further processing, the JPEG will look far more appealing. They will look sharper and brighter, have better contrast, deeper blacks and far less noise visible in the photo. While the RAW images will look rather dull and bland, with more noise visible in the image. While you won’t even consider posting RAW photos anywhere online, JPEG photos will prove to be a much better option, if you want to post a photo directly without making any edits.

This is where the real difference comes into notice. RAW images are lossless and they do not loose any of the original information captured by the camera. This means that when you do decide to edit these images in Photoshop or Lightroom, they will provide a far better base, to begin with. The photos as compared to JPEGs will have better Dynamic Range detail, which basically means the tonal range details from the darkest shadows to the brightest highlights.

JPEG images loose a lot of original information that the camera lenses capture and this information is irrecoverable later. The changes made to these images while capturing are as good as permanent and the more you edit the photo, the more original information you will loose. RAW images on the other hand, truly come into their own after they have been processed. Image editing apps will do a far better job at noise reduction of RAW photos than what’s done in JPEG photos by your camera. You will be able to see the difference in details retained by the RAW photo and the quality of tones, shadows and blacks, after proper processing has been done.

When to use RAW or JPEG

SEE ALSO: How to Edit or Remove EXIF Data From Photos

RAW vs JPEG: Here’s Our Verdict

This was our comparison between RAW and JPEG image formats and how they would matter to an average user. We have tried to avoid all the technical details because we wanted to help you choose the best image format for your needs. RAW images are definitely superior in detail and quality after they have been processed and will give you the flexibility to do better editing through a software rather than your phone or camera. We recommend you to use Lighthouse, as it has some very handy options through which you can easily edit RAW images without running into any complications. JPEGs, on the other hand, are a better choice when it comes to impromptu and casual photos, where you just want to share the photos on social media.

To sum things up, it all depends on the situation in which you’re capturing images. When in a casual situation, go for the JPEG and when you are looking to take a really professional photo, go for RAW. Well, that’s all from our side, I hope we helped your choose the correct image format for your needs. Sound off in the comments section below if you have any doubts.

Intel Kaby Lake vs Skylake: What Does the 7th Gen Processor Offer?

Hound: The AI Assistant that Trumps Siri and Google Now