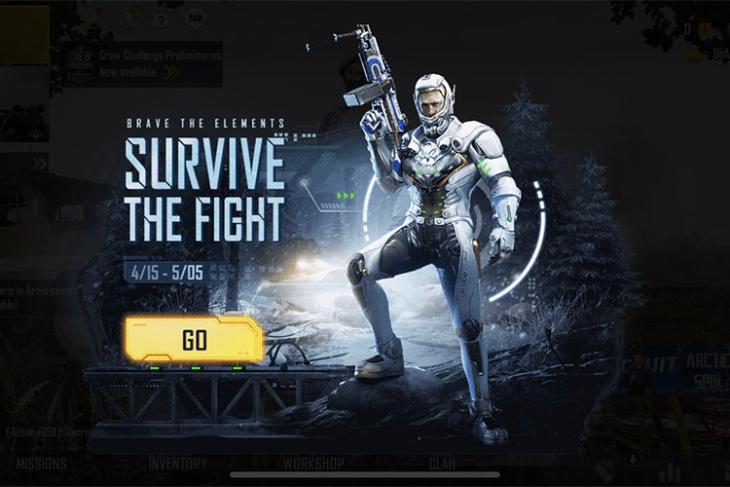 Popular battle royale game PUBG Mobile will be getting a new content update tomorrow bringing with it some fresh new gameplay. The long expected winter survival mode will finally make its way to PUBG Mobile globally, and it will be called ‘Arctic Mode’.

In this new mode, players will not only need to fight against other squads, but also keep themselves warm to survive the snowstorms in Vikendi. There will be a body-heat-meter that will drop over time unless players warm their characters in the game. If the meter drops below a threshold value, you will also start incurring damage.

You can use the following methods to stay warm in the Arctic Mode:

But the Arctic Mode doesn’t only bring new challenges to the gameplay, it also adds a couple of things that can make the game a lot more exciting. For one, snowboards will now appear in Vikendi as well so players can ride them around the map.

Stick together and survive! 🌡️

The game is also adding a new ‘Drone’ for Arctic Mode that you can use to recon nearby areas without leaving the safety and warmth of the house you and your squad are camped in.

The new PUBG Mobile Arctic Mode update will be live tomorrow, April 16, so make sure you update your game as soon as you can, and let’s meet on the battlefield.