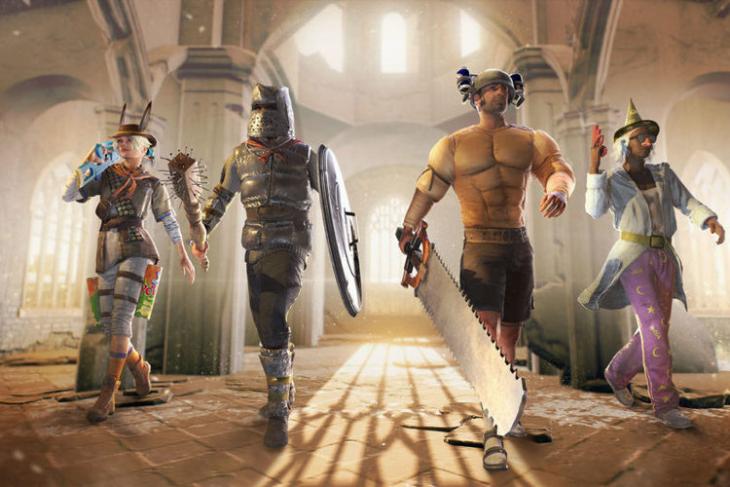 As part of the April Fools’ Day celebrations, PUBG has added a limited time Fantasy Battle Royale mode to the game. It kicked off yesterday (1st of April) and will continue until the 7th of April. You can access it from the ‘Fantasy Battle Royale’ banner present in the main lobby.

“In a time when people are keeping themselves safe and indoors, we believe that video games offer a diversion from solitude and a way to be social while still staying safely apart. For these reasons, we’ve chosen to go forward with our planned event in hopes that it offers a little bit of lighthearted fun during this necessary isolation,” says the official blog post.

First things first, it is worth noting that Fantasy Battle Royale is limited to third-person perspective squad matches. There will be 20 squads of 4 with a total of 80 players per match. It doesn’t allow 1 or 3 person squads and you will be teamed with other players.

Fantasy Battle Royale mode is set on Dragon’s Isle, which is a slightly modified Erangel map for this limited-time event. Before you begin the match, you will be asked to choose one of the four classes – Barbarian, Ranger, Wizard, and Paladin. The mode also comes with exclusive missions, dedicated crafting materials, and items in the store.

The mode does not provide XP rewards but you will be earning BP. Also, the matches you play in Fantasy BR don’t count towards the Survivor Pass. It’s just for some fun. As far as the vehicles are concerned, both Noble Steed (motorcycle) and Dragon Wagon (UAZ) will spawn in the PUBG mode. They will be slower and will have lower durability than usual.

Care Packages will be marked on the map for all players, right from the get-go, and the frequency of drops will also be higher than normal mode. PUBG’s announcement states Care Packages will include Zircon gem that upgrades all of your gear to level 5. PUBG is trying out something drastically different from its rather life-like battle royale gameplay during April Fools. It will be interesting to see the community reaction to this mode and whether PUBG will make it a permanent arcade mode in the future or not.