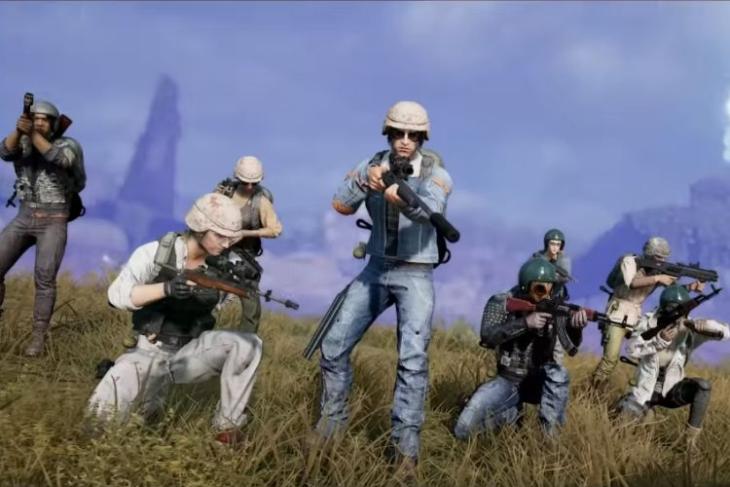 Taking cues from its uber-popular mobile counterpart, PUBG has introduced quite a few features for PC and console gamers. The latest addition to PUBG comes in the form of a new “Arcade” section for quick and action-packed gunplay. The Arcade section brings along the much-rumored 8 vs 8 Team Deathmatch mode in tow.

The new ‘Arcade’ section sits under the Play tab, next to the ‘Public Match’ option in the game’s lobby. Here you will find the newly added ‘Team Deathmatch’ mode that pits an eight-person team against each other. It’s available only in FPP mode and you will be thrown into the action in one of the seven different battlegrounds. 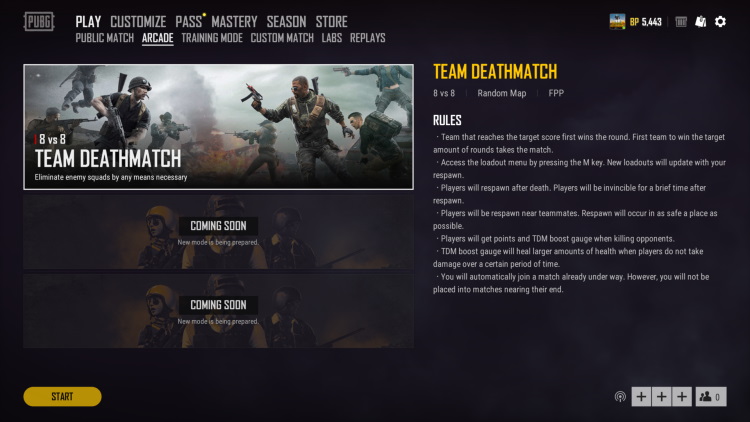 The two key aspects where the ‘Team Deathmatch’ gameplay differs from PUBG’s battle royale mode are the Spawn Kits and the ability to respawn when you are taken down. I mean, we all know how Team Deathmatches work. Here, you can pick from among 2 AR kits, 2 DMR kits, 2 SR kits, 1 SMG kit, and 1 Shotgun kit. Whatever suits your play style. Just like PUBG Mobile, you will briefly remain invulnerable after respawning.

Friendly fire is disabled in this mode and you now have a boost gauge, which fills on the basis of kills and assists in the game. It will come in handy when an enemy manages to drain your health in a firefight. If you don’t take damage for the next 5 seconds, you will see your health regenerate while the boost gauge is depleted.

Team Deathmatch in PUBG involves 3 rounds of gameplay. The first team to reach 50 kills or the highest kills in 10 minutes wins the round. You’ll need to win two rounds to attain victory.

PUBG has cherry-picked locations (cornered off by the blue zone) from the four existing maps, including Podvosto from Vikendi, the Docks of Sanhok, and Stalber from Erangel among others. You can run out into the blue zone, lose some health, but gain points on enemies by bringing them down.

As you might have noticed in the arcade lobby screen above, PUBG also appears to be working on other new game modes apart from Team Deathmatch that was launched today. Maybe we get a Payload- or RageGear-style game in PUBG for PC and consoles to amplify the gunplay experience. Wouldn’t that be awesome? Share your thoughts in the comments below.