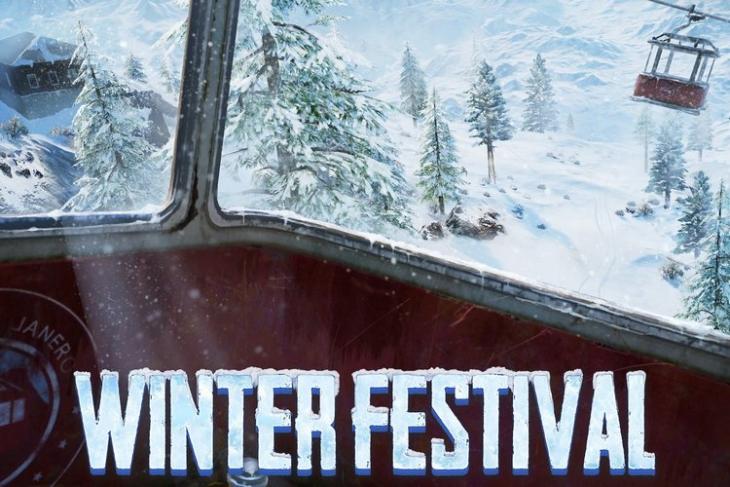 PUBG Mobile is all set to get a new update that will bring a slew of new features to celebrate the season. According to the official patch notes, PUBG Mobile v0.16.0 will bring along a number of new features including a snow-covered Erangel, a button to switch between TPP and FPP, a new EvoGround mode called ‘RageGear’ and a special winter festival called ‘Snow Paradise’. Players will also be able to use medical items, such as Painkillers, Energy Drinks and Bandages to heal while moving.

As can be seen in the embedded tweet below, the update will be rolled out starting today. Users who already have the older version on their device(s) will require at least around 670MB of free space on both Android and iOS. Do note that players on different patches will be unable to invite one another, so you need to update your version as soon as possible. Also, those who update before December 17 will get 50 silver, 2,888 BP and a 3-day winter dress.

Winter Festival is coming! The new Update for 0.16.0 will be available starting from Dec. 11th, the server will not be taken offline for this update. This update requires approximately an additional 0.6 GB of storage space on your phone. Please update ASAP! #pubgmobile pic.twitter.com/kMFXcDo876

The v0.15.0 update for PUBG Mobile brought a number of cool new features last month, and by the looks of it, the upcoming one is also bringing a host of thoughtful changes and additions that the developers believe will make it an overall more enjoyable proposition. Interestingly, Tencent has also confirmed that unlike last time, the servers won’t go offline for the update this time around.

Rolled out on December 8th, the PUBG Mobile update version 0.15.5 brought a truckload of new content to the cult battle royale game, including a new map in the Team Deathmatch mode, new weapons, vehicles and the companion feature. As for the impending update, you can read all about it on the official PUBG Mobile website. You can also download or update the game from the Google Play Store or the iOS App Store.