Alongside artworks, Google publishes interactive doodle games on its search results page on special occasions. I love to discover these cool Google Easter eggs as they are fun. If you’re feeling bored or want a distraction after focusing on your work, here are the best Google Doodle games that you can play right now.

Google archives all its old doodles on a dedicated page. Thanks to this practice, you can play any of the games that were previously featured on the Google Search page. Today, we will be taking a look at the best Google Doodle games. That said, let’s get started with the list.

Released in 1980, popular maze arcade game Pac-Man holds a special place in the hearts of Generation X and millennials. Whether you want to take a trip down memory lane and revisit the game or introduce the game to your children, you can do it right from Google Doodle games. To play the game, click the link below and click on the ‘Insert Coin’ button. 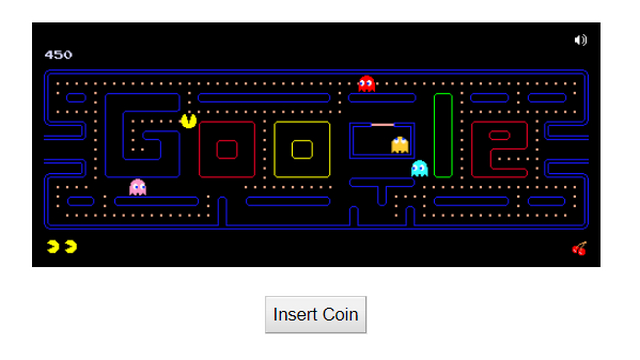 Introduced to celebrate the 2017 ICC Champions Trophy, Cricket is a Google Doodle game where you play cricket as a cricket. The game is simple and all you have to do is click on the bat button to score runs. However, it can be a little addictive. The fact that I scored 100 runs while I could’ve just opened it and taken a screenshot speaks for itself. 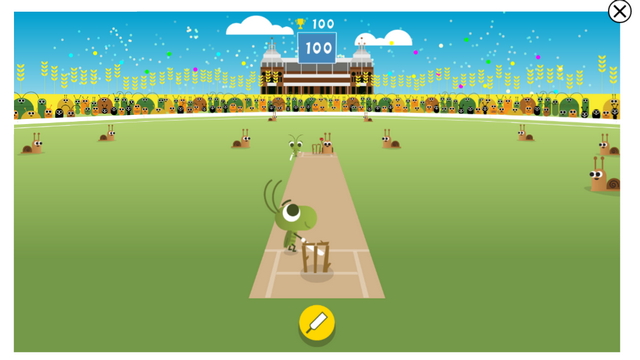 Dating back from 2016 is a Halloween doodle where you play as a black cat named Momo at Magic Cat Academy. Your task is to swipe spells and save your friends from ghosts. The game has simple controls and is an easy distraction. However, do keep in mind that the difficulty of the game tends to increase as you proceed further. You can try it out if you enjoy the Halloween season and enjoy being in that spirit. 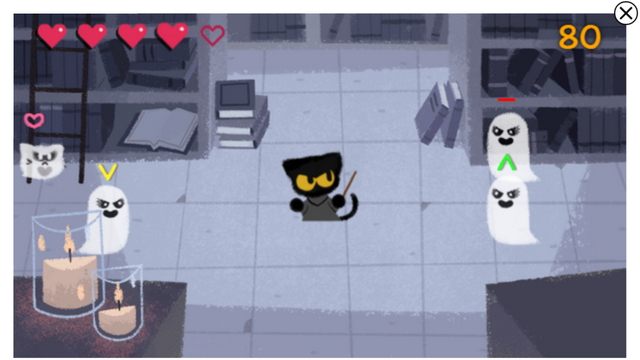 If you’re someone who prefers Soccer over Cricket, Google’s 2012 Soccer doodle is here to the rescue. As a goalkeeper, your goal is to stop the goals. To do so, you can use keyboard arrows for positioning yourself and the Space key to stop the incoming ball in the air. Overall, it is a fun game if you like soccer and something you can spend hours on. 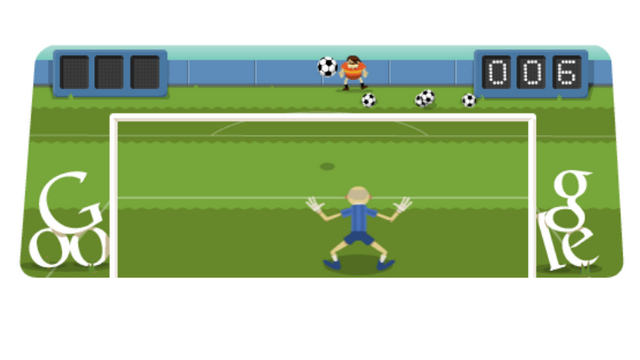 Another game worth checking out to live your dream as a DJ is Hip Hop. You can use the crossfader to mix the beats, pick tracks, and even scratch the dual turntable. The game features iconic tracks that mark the legacy of the hip hop culture. The game’s tutorial is narrated by format MTV Raps host Fab Five Freddy. 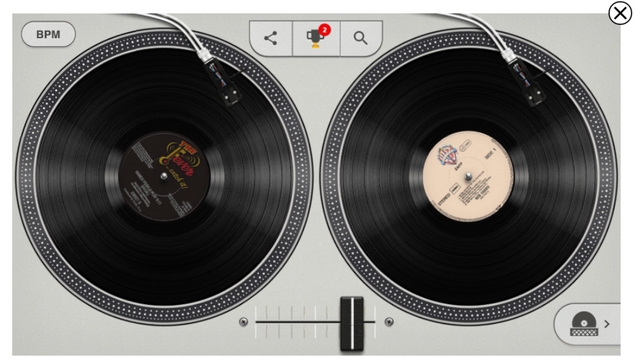 Introduced to celebrate 50 years of kids coding, Google’s coding for carrots game requires players to collect carrots on the way using code blocks. The idea is to guide the rabbit to collect all the available carrots. All you have to do is specify the right path. As the game advances, you’ll get nuanced controls to efficiently move the character. Kids across the globe have loved this game and chances are, your child is (or you are) likely to get hooked to this game. 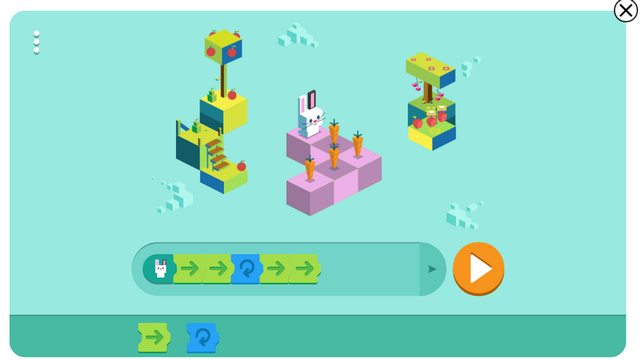 In Garden Gnomes, you’re given the control of a catapult. You can press the space bar or click to start and launch clay gnomes as far as possible in the garden. The farther your gnome reaches, the more flowers you plant in the garden. You also get additional points for traveling more distance. 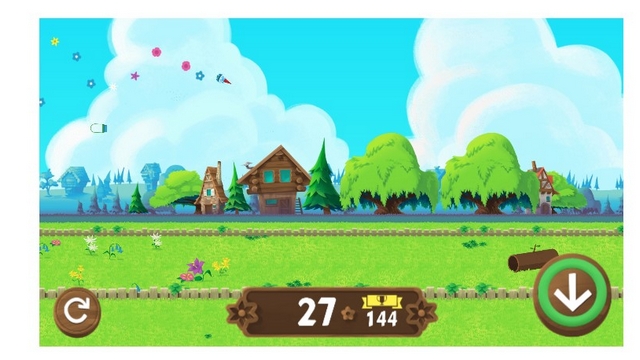 While this isn’t necessarily a typical game, Rockmore replicates the experience of Theremin, an electronic musical instrument that works without physical contact. The doodle was created to celebrate Clara Rockmore’s 105th birthday. You can use your mouse or touch the notes to control the theremin. It is perhaps the most unique game you’ll find on the list and you’re likely to enjoy it if you like to experiment with music. You’ll also find controls to tweak the key, scale, octave, and waveform from the settings. 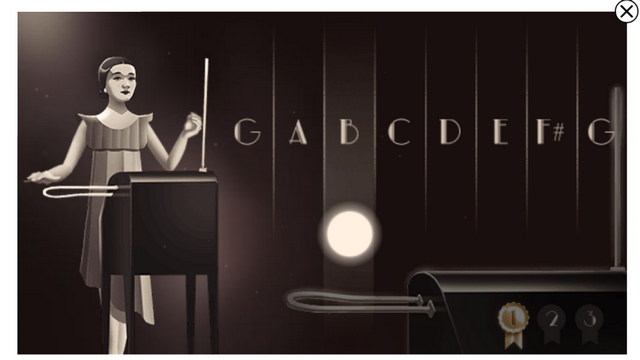 Another music-themed game is Fischinger, created to celebrate Oskar Fischinger’s 117th birthday. Here, you can click on the screen to create your own visual music composition. You also have a wide range of customization options including presets, tempo adjustment slider, and more to get the right tone you need. 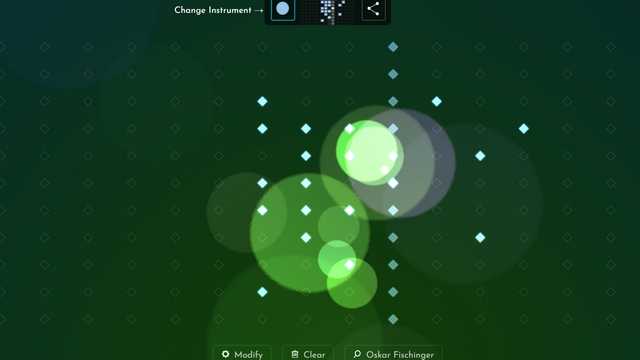 Scoville is a game created to celebrate the 151st birthday of Wilbur Scoville, popularly known for formulating a system to measure the heat of pepper. You’re an ice cream in the game and you’re supposed to fight the pepper. All you have to do is click right when the red circle reaches the middle spot. 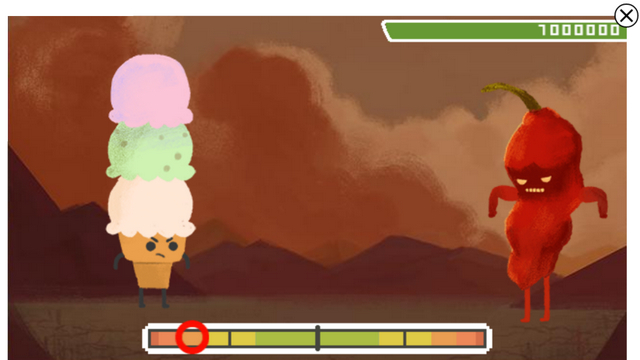 Loteria is a Mexican card game for all the card game lovers out there. First up, you have to look for the cards on your cardboard. If you have a matching card, place a bean on that card. You need four beans on any row to win. You can either start a random match with players across the globe or play with your friends by sharing an invite link. 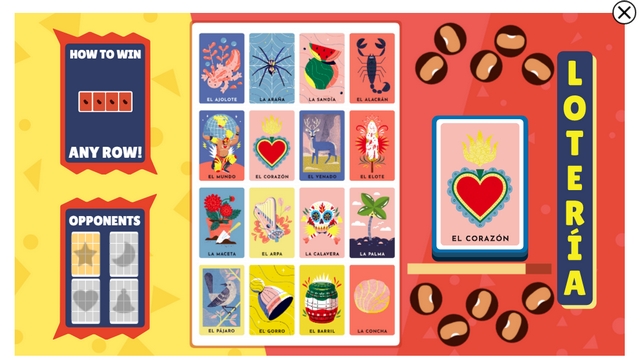 Like it or not, we have all been fascinated by Rubik’s Cube at some point in life. Whether it is for reliving your memories or assessing if your Rubik’s Cube solving skills are still up to the mark, Google’s Rubik’s cube doodle has got you covered. You can use the interactive version to solve Rubik’s Cube right from your web browser using a mouse or keyboard. The controls using the keyboard are as follows: 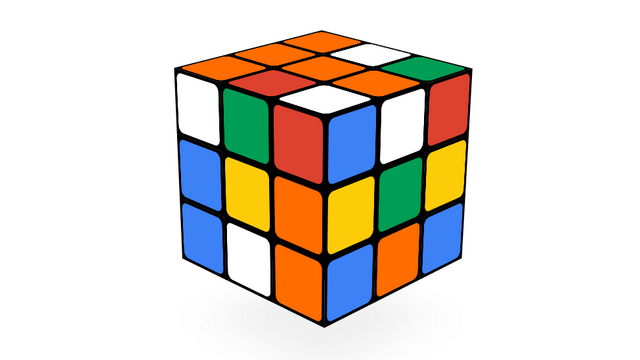 We have picked another Halloween game, because who doesn’t like playing as a cute ghost? Halloween 2018 is a multiplayer interactive game where you can team up with players across the globe to collect as many wandering spirit flames as possible in two minutes and safely return them home. Opponents will try to intercept spirits, but you’ll need to save the spirit flames to win. The game has two teams and each team can have a total of 4 players. You can either start a match with random players or invite your friends through an invite link. 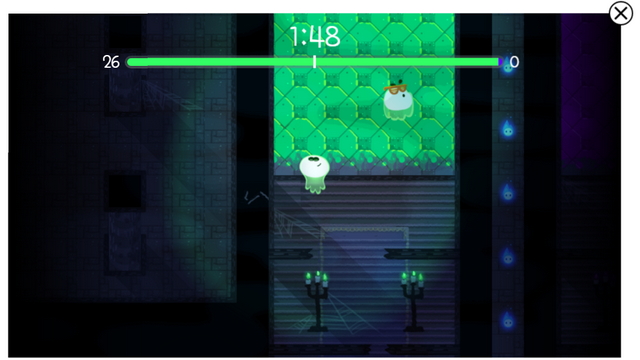 Any Basketball fans in the house? Introduced as part of the 2012 Summer Games interactive doodles, Basketball Doodle game is a fun game for anyone who loves Basketball. The concept of the game is obviously to throw the ball through the net. You can use the Space bar or mouse button to tweak the pressure level and accurately throw the ball. You should score as many balls as possible in 24 seconds. 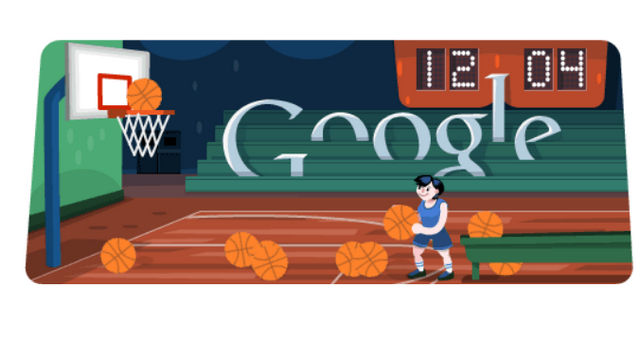 Hurdles is another Google Doodle game you can play when you’re bored. In the game, you’re an athlete whose task is to jump through obstacles. You should alternatively press the Left and Right keyboard arrow keys to make the player run and the Space bar to jump. The player increases (or decreases) the running speed depending on how fast you press the arrow keys. While accidentally running into a hurdle won’t exit the game, the player’s running speed takes a significant hit. That’s everything you need to know about this game. Go ahead and try it out! 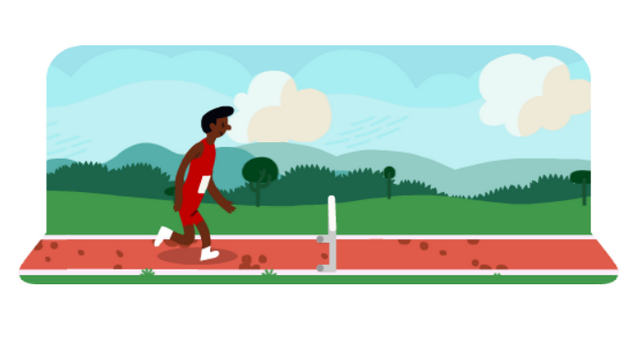 Slalom Canoe is a Google Doodle created to celebrate the competitive sport ‘Canoe slalom’. For those who don’t know, Canoe slalom involves racing against the clock to navigate a canoe through a watercourse. Staying true to the game’s concept, you should navigate a canoe in the doodle game. The game utilizes left and right arrow keys to row the canoe. Pass through all the gates and reach the finish line.

Pangolin Love is a Google Doodle game where your objective is to collect ingredients for baking a cake as a gift to another Pangolin. You’ll be forgiven if you think the concept sounds a bit too cheesy as it is made to celebrate Valentine’s Day. Regardless of your views on Valentine’s Day, you can play the game to collect the items. To play, use the arrow keys to move forward or backward and press the Space bar to jump obstacles. 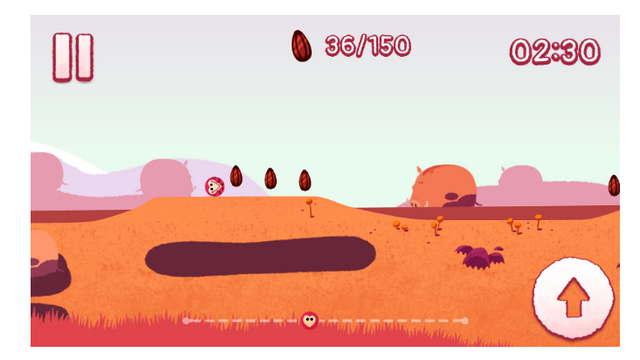 Lastly, we have Pony Express – a game where you are a horse rider striving to deliver mails on time from California to Missouri and vice versa. You should try collecting all 100 letters throughout the course of the game and avoid obstacles while you’re at it. Overall, it’s a simple Google Doodle game that you would enjoy when you want to relax and unwind after a busy day. 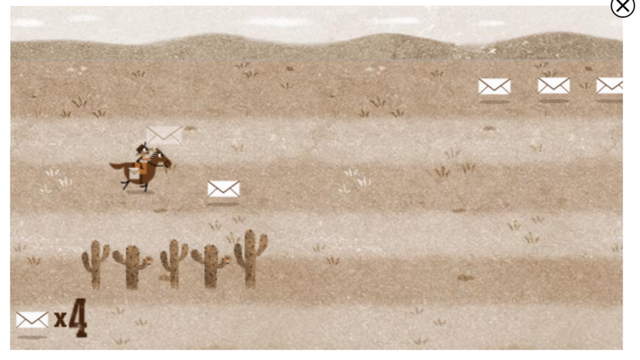 Yes, you can. Google archives old Doodle games on its dedicated Google Doodles page. You can browse Google Doodle Archive to find old games and doodles the company used in the past for the search engine’s home page.

Q. What is the oldest Google Doodle?

The oldest Google Doodle honors the 1998 edition of Burning Man event in Black Rock City, Nevada. Google’s co-founders Larry Page and Sergey Brin designed the doodle and it was featured on August 30, 1998.

Q. Do I need to download Google Doodle games?

You don’t have to download Google Doodle games. You can play them right from your web browser.

Q. What is Google Doodle?

Google Doodle is a special version of Google’s doodle designed to celebrate special events and important achievements in the world.

Q. What is the app AR Doodle?

AR Doodle is a Samsung app that you can use to draw in 3D and add fancy drawings to your videos using your finger or S Pen. It has nothing to do with Google Doodles.

So, those are the Google Doodle games we love to play when bored. Which one of these is your favorite? Let us know in the comments. Meanwhile, if you’re bored at work and are looking for more games from Google, check out our coverage on the hidden Google games that you can play to kill time.

20 Hidden Google Games You Should Play