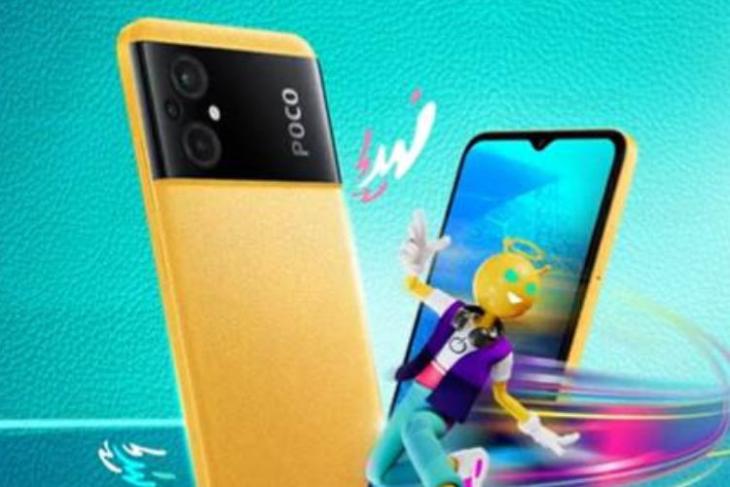 Poco is gearing up to launch its new affordable Poco M smartphone. The company has confirmed that it will launch the Poco M5, a successor to the Poco M4 in India and globally on September 5. Here’s what to expect.

Poco M5 Is Coming Next Week!

Poco has confirmed the launch of the Poco M5 via a recent tweet and “Save the Dates” it is now sending. The launch will take place at 5:30 pm and will be live-streamed via the company’s YouTube channel.

The company has also revealed the Poco M5’s design. It is seen sporting a design similar to the Poco M4 5G with a huge rear camera hump with two camera housings and a waterdrop notched display.

The smartphone is painted in yellow, which is Poco’s signature color and we expect to see more colorways too. However, the phone is slightly different from its successor; it has rounded edges as opposed to the flat-edge design of the Poco M4.

As for the spec sheet, nothing is confirmed as of now. But, a recent report by 91Mobiles hints at the MediaTek Helio G99 chipset for the Poco M5. For those who don’t know, MediaTek recently introduced the Helio G99 gaming SoC based on the 6nm process. It comes with an octa-core CPU and two high-performance Arm Cortex-A76 processors, paired with Mali G57-class GPU. There’s support for MediaTek HyperEngine 2.0 lite, 120Hz refresh rate, 108MP cameras, Networking Engine 2.0, and more features.

Speaking of the Poco M5, it could get a 5,000mAh battery with 33W fast charging, Android 12, a side-mounted fingerprint scanner, and more. The phone could fall under Rs 15,000 and will most likely be sold via Flipkart.

Since the launch is a week from now, it’s best to wait. To get all details about the upcoming Poco M5, stay tuned to this space!