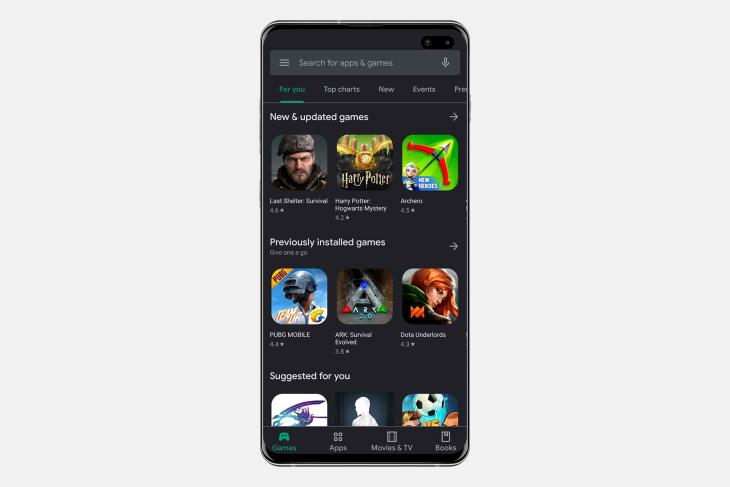 One of the major changes Android 10 has brought is the system-wide support of dark mode. Over the past few months, the software giant has been adding dark mode to its apps including Google Photos, Google Maps, Google Fit, Google Chrome, Android Auto, and Gmail. However, few apps still don’t have the dark mode. There’s Gmail, Play Store and more, but today, we have come across screenshots that show the Play Store in all its dark mode glory.

According to the report by XDA, the dark mode on the Play Store appeared on a Pixel 2 XL running Android 10 with Play Store version 16.6.25 through a server-side rollout to a limited number of devices. The report also clarifies that this was the official dark mode of the Play Store and not the dark version that gets enabled by the force dark toggle in developer options.

Take a look at the new dark mode for the Play Store below. As you can see, the theme looks quite pleasant and has some dark shades of grey to it to go well with the overall design language.

Luckily, the theme does not look half baked and covers almost all the major aspects, judging by these screenshots.

In case you didn’t receive the material redesign of the Play Store on your device, you will be receiving it in the upcoming weeks since Google’s server-side rollout takes a considerable amount of time to reach all the smartphone users across the globe.

So, did your smartphone running Android 10 receive the latest dark mode? Let us know in the comments.

Microsoft Word Now Has 1 Billion Installs on the Play Store

Google Tez Could Be Absorbed Into Google Pay, Could Enable UPI Payments On Play Store

Google Lens Is Now A Standalone App On The Play Store