Skip to content
Home News Pixel 4a 5G vs Pixel 5: What’s the Difference? 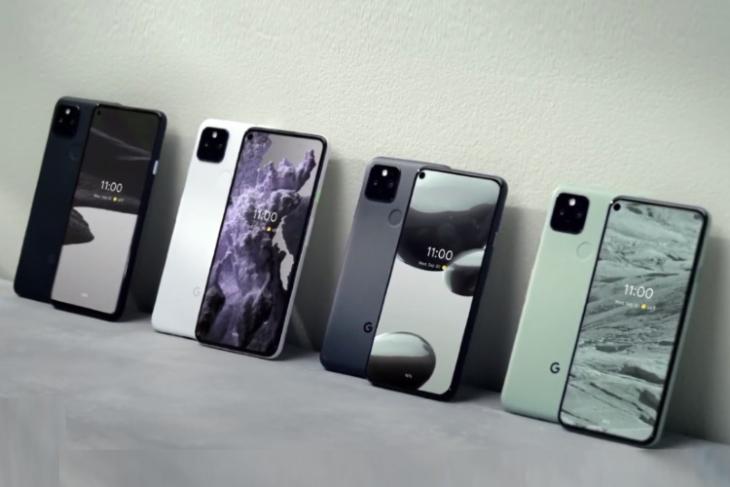 Google took the wraps off its newest Pixel smartphones, the Pixel 4a 5G and Pixel 5, at its hardware event earlier this week. These are the company’s first-ever 5G phones and bring along a major shift in Google’s hardware strategy. It hasn’t really unveiled a true $1,000 flagship smartphone with Pixel 5. Instead, it’s closer to the Pixel 4a 5G in terms of both design and internal specifications.

Don’t believe me? Have you also been wondering how the Pixel 5 flagship differs from and compares to the newly launched Pixel 4a 5G? Well, I’m here to put an end to all of your doubts as I compare the Pixel 4a 5G vs Pixel 5 on the following grounds:

Starting off with the design, both the Pixel 4a 5G and Pixel 5 look identical on the front and the rear. It will not be easy to discern between the phones because they both have a square camera module and a fingerprint sensor on the rear, and a punch-hole cutout at the top left on the front. A dead giveaway will, however, be the presence of a 3.5mm headphone jack (just look at the top edge) aboard the Pixel 4a 5G. 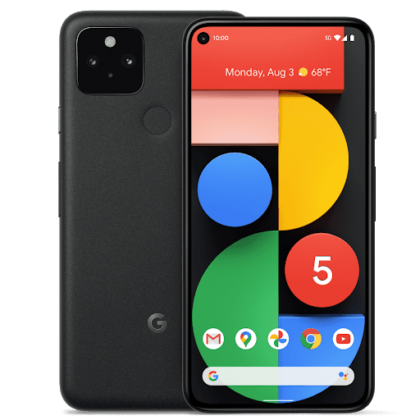 Google has, however, used different materials to build the phones and to give its more expensive Pixel 5 flagship a more premium in-hand feel. Pixel 5 has been constructed using 100% recycled aluminum whereas the Pixel 4a boasts a polycarbonate (plastic) unibody design. You do have an accented power button on both the phones.

If it wasn’t for the different finishes and colorways, it would be a little difficult to tell the two apart from each other. It should not really matter though as both the phones don’t only look the same but share a lot of hardware similarities as well.

Moving to the display, it is essentially the same for both phones but with really minor differences here and there. The Pixel 4a 5G features a slightly bigger 6.2-inch Full-HD+ (2340 x 1080) OLED display as compared to the 6-inch FHD+ OLED panel aboard the Pixel 5. The bezels around the display are minimal, even the bottom chin that’s usually a little thicker. 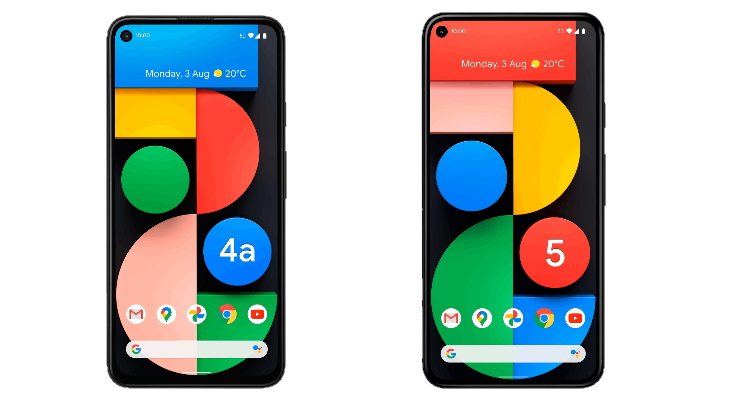 You can also see that both Pixel 4a 5G and Pixel 5 have a punch-hole cutout at the top left. Both of the phones look exactly the same from the front and it’s really difficult to discern one from the other.

Both the Pixel 4a 5G and Pixel 5 arrive with 5G connectivity support out-of-the-box. If you are wondering, do they support both sub-6GHz and mmWave 5G networks? The answer is yes but it differs with carrier availability and region. Verizon is even selling a Pixel 4a 5G UW for $599 to offer mmWave support to users.

Pixel 5 is no longer a true flagship with a flagship Snapdragon 800-series in tow. It is, instead, an attractive sub-$1,000 flagship with a 90Hz display, stellar cameras, and 5G support.

The only difference between the two phones under the hood is that the Pixel 4a 5G will come with 6GB of LPDDR4x RAM as opposed to 8GB RAM aboard the Pixel 5. Both of the phones include 128GB built-in storage, which is not expandable. The Pixel Neural Core chip is missing in action (and does not result in any lack of features) but the Titan M security chip is still present onboard.

Also, if you didn’t already know, Pixel 4a 5G and Pixel 5 come with stock Android 11 out-of-the-box. Google has perked up the functionality of some of the native apps, including the Recorder and Google Photos.

Apart from the processor, Pixel 4a 5G and Pixel 5 also feature the exact same camera system. You will find a square cutout with a 12.2MP (f/1.7) primary camera and a 16MP (f/2.2) ultra-wide camera with a 107-degree FOV on the rear. It’s great that Google finally listened to the feedback and swapped out the telephoto camera for an ultra-wide one. 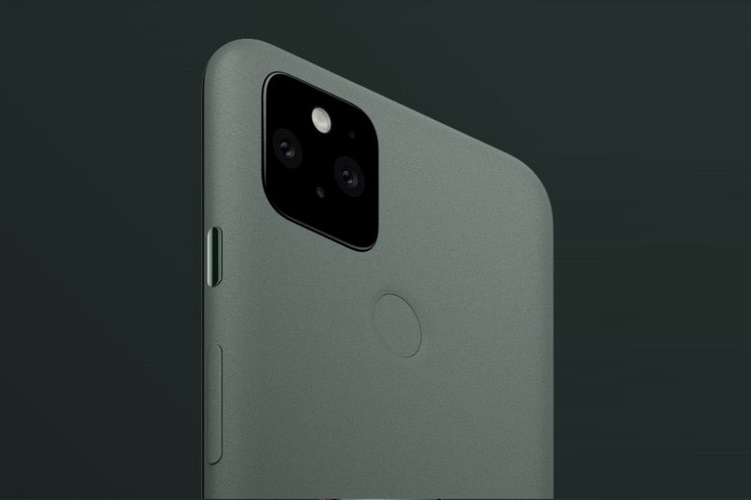 The punch-hole cutout aboard both the Pixel 5 and Pixel 4a 5G have an 8MP (f/2.0) selfie camera with a wider 84-degree FOV. The phones also support the exact same camera features, including Live HDR+, Night Sight, Night Portrait (read more about this feature right here), Portrait Light, Cinematic Pan, and more.

Google has also decided to address another major issue, i.e appalling battery life, with its previous-gen flagship phone. Pixel 5 sports a huge 4,080mAh battery as compared to the measly 2,800mAh battery aboard the Pixel 4. The new Pixel 4a 5G, on the other hand, comes equipped with a 3,885mAh battery — bigger than the 3,140mAh battery pack of the standard Pixel 4a.

Both the Pixel 4a 5G and Pixel 5 support 18W fast-charging via the USB Type-C port at the bottom. What about wireless charging though? 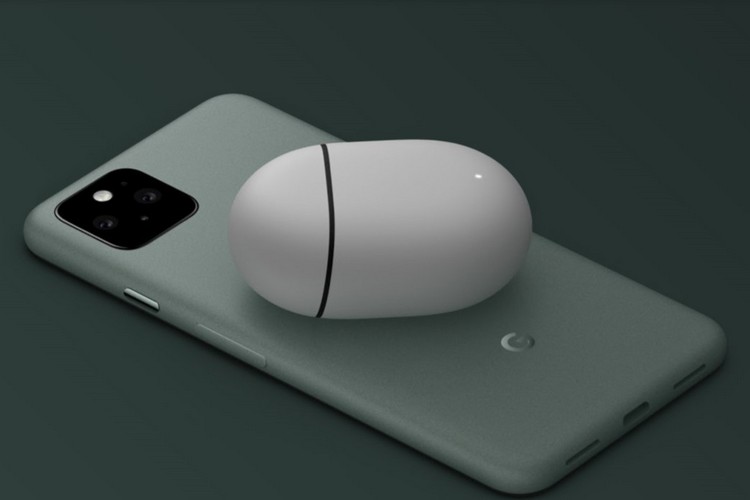 But wait, doesn’t the Pixel 5 has an aluminum rear panel? How does it support wireless charging then? Well, Google has made an innovative design choice and carved a hole in the aluminum chassis to fit in the wireless charging coil. You can read all about it right here.

As you might guess, it’s the Pixel 5 that supports IP68 water and dust resistance. The Pixel 4a 5G does not carry an official IP rating but it does include a 3.5mm headphone jack, which is missing from the Pixel 5. This is good news for many users and so is the dual stereo sound experience.

Now that you know almost everything about the Pixel 4a 5G vs Pixel 5, here’s a quick round-up of the specifications of the two phones:

The choice should be simple. If you are simply looking for a 5G-enabled smartphone with Google’s version of Android and some amazing cameras, then go for the Pixel 4a 5G for an attractive price of $499. It’s the go-to device for users who don’t care about an IP rating or wireless charging.

If you are someone who wants a more premium build, a high refresh rate display, and water resistance among other things, then be ready to shell out an additional $200 for the Pixel 5. It has been priced at $699 in the US. Also, do not expect to get your hands on either of the two in India as Google doesn’t plan on launching them here.