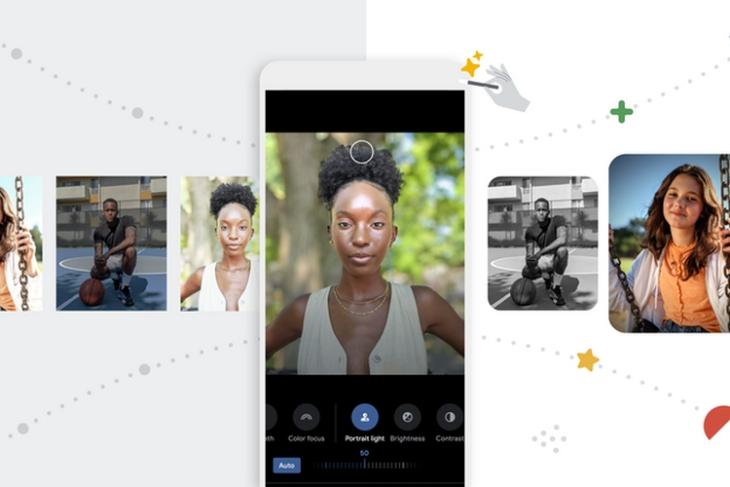 Earlier last month, Google Photos was found to be testing a revamped Editor interface on Android. The company has now officially started rolling out the new Editor UI. The revamped editor in Google Photos simplifies the UI and makes it more approachable.

You might be familiar with edit suggestions on Google Photos that offer helpful tips to improve the overall aesthetic of your image. With this update, Google Photos is bringing it right to the editor. There is a new Suggestions tab in the editor that uses ML to offer suggestions that are best suited for your photo.

To begin with, you will see the usual suggestions – Enhance, B&W Portrait, and Color Pop. The company promises to add more suggestions, at least on Pixel phones.

Apart from suggestions, the app’s new editor UI makes it easier to adjust all of the different properties, including brightness, contrast, saturation, and warmth. With the scrollable wheel at the bottom, you can tweak the intensity of these tools as per your preference.

Alongside the Photos editor revamp, Google is also launching a new Portrait Light editing feature for the latest Pixel phones – Pixel 4a (5G) and Pixel 5. It will come to other Pixel phones soon. The feature lets you improve the lighting on faces in portrait and non-portrait shots. You get the option to seamlessly tweak the light’s position and brightness, as you can see right here:

Google is now rolling out the new Editor for Photos on Android. You can get it by updating the Photos app to the latest version available on the Play Store.