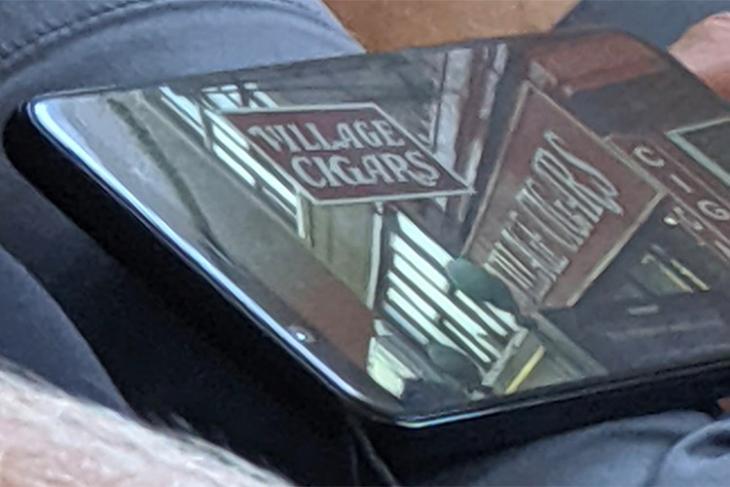 As we get closer and closer to the expected October launch event for the Pixel 4 (among other things Made by Google), more information about the upcoming Google flagships is leaking out.

After leaked specs, renders, and more, we now have a real-world look at the Pixel 4.

The images, albeit sketchy, show off the Pixel 4 from a rather obtuse angle, but we can see the forehead of the phone with the selfie camera, even though the sensors it’ll use for face recognition and gestures aren’t really visible (due to the quality of the image, and the glare falling on the screen). What we also can see, are what look like really thin bezels on all other sides.

That definitely looks great and is in fact much better than the design we saw with the Pixel 3 and Pixel 3 XL. However, it’s a big possibility that the angle at which the image was taken in is making the bezels look thinner than they actually are.

Either way, 9to5Google is also mentioning that the sighting of the Pixel 4 detailed a white back and an orange power button, although none of those are visible in the images. The edges of the phone in the picture are black, though, and Google has kept the frame of its phones the same colour as the back in the past.

We’ll definitely get to know more about the phone in the coming days, so stay tuned for coverage about the Pixel 4 and Pixel 4 XL.