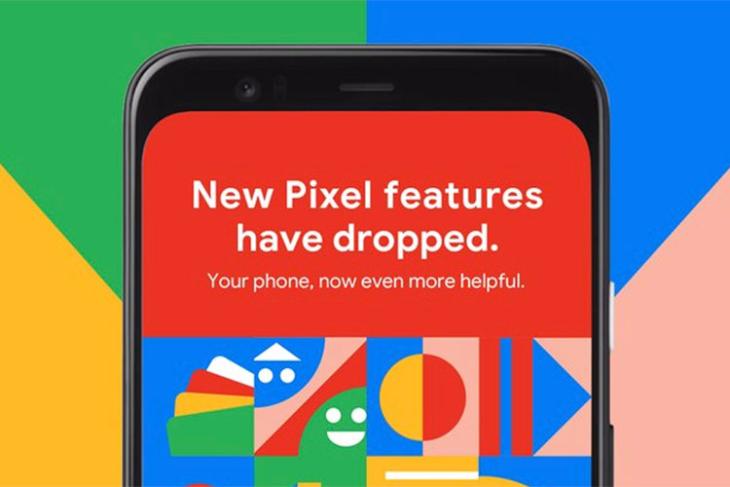 Google is releasing the third Pixel feature drop today. The drop brings in a bunch of new features to Pixel phones, and this time the company is focusing on sleep, and personal safety among other things. Here’s what’s new in the latest Pixel feature drop.

The adaptive battery feature in Android learns your usage patterns and helps you save battery. However, the feature can now predict when your battery will run out and reduce battery usage even more. This should help with your phone lasting longer per charge.

The Google Clock app on Pixel phones now has a new ‘Bedtime’ mode. The feature, similar to the one found in iOS, helps you maintain a proper sleep schedule. However, unlike the iPhone’s Bedtime mode, Google has gone further to help you fall asleep on time. The Bedtime mode will play calming sounds to help you sleep. Moreover, if you stay awake past your bedtime, the app will show you how long you stayed up and on which apps. This should help you control your late-night phone use and fall asleep on time.

The Personal Safety app is now available on all Pixel devices, and the company is bringing car crash detection to Pixel 3 as well. Along with that, the app now has a new ‘safety check’ feature. With this, you can schedule a check in from the app at a later time. This can prove useful if you’re going on a hike, and you want the app to check back later if you’ve made it back safely. In case you don’t respond to the check-in, the app will automatically alert your emergency contacts.

The Pixel’s voice recorder app is one of the best out there and with this update it’s getting even better. The Recorder app now works with Assistant commands so you can say things like “Ok Google, start recording my meeting.” What’s more, you can even share a transcript of the recording to Google Docs.

The June feature drop is rolling out in phases already. You should receive the update within 2 weeks, according to Google. Meanwhile, if you’re impatient, you can try checking for updates manually as well.