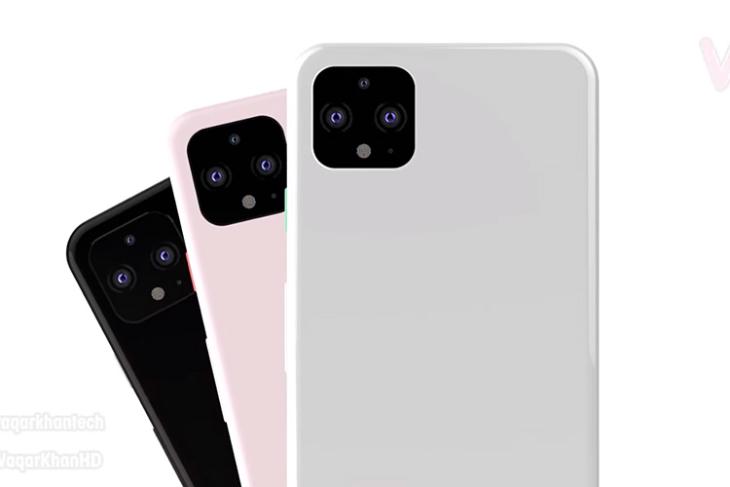 The Pixel 4 is a little over a month away from being officially announced by Google, and all the hype, the leaks (both official and otherwise) have been building up over the past few months. Well, now, we have a video showing the Pixel 4 in all its glory (and all its expected colour options) courtesy of Waqar Khan.

The video shows off the Pixel 4 with its new back design that ditches the dual-tone colours of the past Pixel devices (and looks pretty great, actually). There’s the new rear-camera design that Google itself leaked a while back, with the triple rear camera, and a rear flash all arranged in a square camera module. Personally, I’m still not sold on this idea, but who knows, maybe it looks good when we get hands-on with the device. The exciting thing is the prospect of a Pixel phone with multiple cameras, considering everything Google has achieved with just one rear-shooter on its phones, the company might just blow every other smartphone out of the water with three rear-cameras, but we’ll have to wait and see.

Apart from that, the video shows off three colour variants for the Pixel 4 — white, black, and pink (not pink?) — along with accented power buttons for each, similar to what we had with the Pixel 3 and 3 XL.

Obviously, this isn’t an official video of the Pixel 4, so we’d suggest you take this information with a pinch of salt, but considering all the leaks we’ve seen to this point, this does look like a very accurate rendition of what Google’s upcoming flagship might look like. Let’s just hope they fix the RAM management problems this time around.