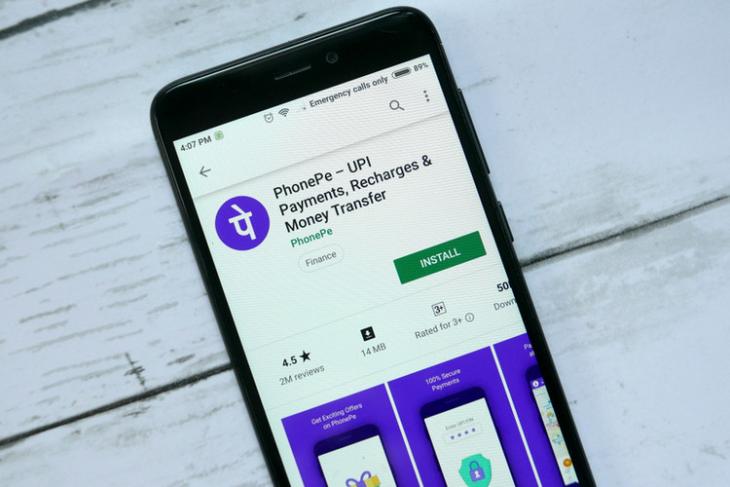 PhonePe has reportedly raised $700 million (~Rs. 5,100 crore) in a fresh round of funding led by Walmart. Announcing the deal on Thursday, Flipkart announced that the payments company, thus far a fully-owned entity of India’s largest e-commerce firm, was being ‘partially’ spun off into a separate entity and will get a new Board of Directors that should better represent its new shareholding pattern.

“This partial spin-off gives PhonePe access to dedicated long-term capital to pursue our vision of providing financial inclusion to a billion Indians”, said Sameer Nigam, founder and CEO of PhonePe, in a statement. According to the official press release, the fund infusion now values PhonePe at $5.5 billion (~Rs. 40,600 crore). Flipkart continues to remain the company’s majority shareholder, but its stake will now be reduced to 87% from 100%, according to TechCrunch.

In addition, the company will also create an Employee Stock Option Plan (ESOP) for its employees, said Flipkart. According to Kalyan Krishnamurthy, CEO of the Flipkart Group, “This move will help PhonePe maximize its potential as it moves to the next phase of its development, and it will also maximize value creation for Flipkart and our shareholders”.

According to a joint statement from Flipkart and PhonePe, the fresh infusion of capital will enable the latter to fund its long-term investment plans, although, there’s no further word on that front. “Flipkart’s Board determined that this was the right time to partially spin-off PhonePe so it can access dedicated capital to fund its long-term ambitions over the next three to four years”, said the statement.