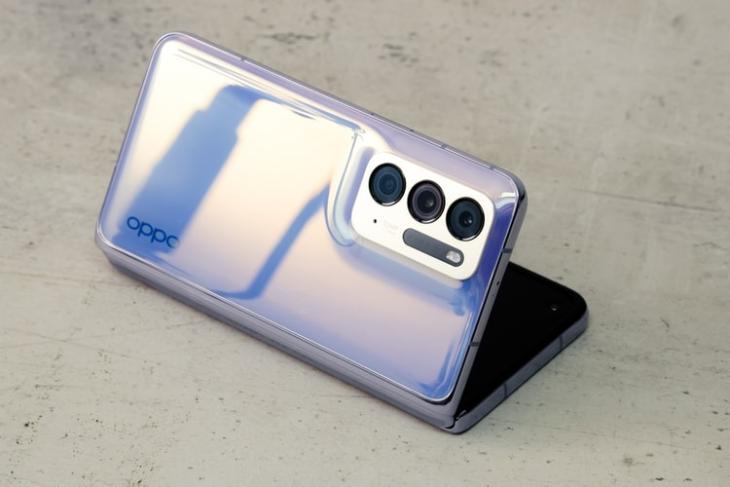 After launching its first-ever foldable device late last year, Oppo is now reportedly working on two new folding-screen smartphones that will arrive later this year. One of these will be the successor of the Oppo Find N, while the other one will be a clamshell-style device, much like the Samsung Galaxy Z Flip models. Check out the details right below!

According to a recent report by China’s IT Home, citing reputable leaker Digital Chat Station, Oppo is developing a couple of new foldable smartphones that will most likely compete with Samsung’s upcoming Galaxy Z Fold 4 and the Z Flip 4 models.

The report suggests that one of the devices will be similar to the Oppo Find N and will sport a horizontal folding hinge design along with a cover display on top. It will reportedly be called the Oppo Find N 2. Furthermore, the device will come with reduced weight and thickness as compared to its predecessor.

The other device, however, will be a clamshell-style smartphone, meaning that it will be smaller than the Find N 2. Although the name of the device has not yet been decided, its internal codename is “Dragonfly,” as per the report. The report further suggests that Dragonfly will come with a new hinge structure and reduced thickness. Moreover, it will reportedly sport a 120Hz display.

As for the details regarding Oppo’s upcoming foldable phones, the company is expected to launch a series of high-end devices, powered by premium Qualcomm and MediaTek processors, in the second half of the year. So, the upcoming foldables are expected to feature high-end chipsets and advanced features.

We expect to get more information about Oppo’s new foldable devices in the coming days and months. So be sure to stay tuned for further updates, and let us know your thoughts in the comments below.