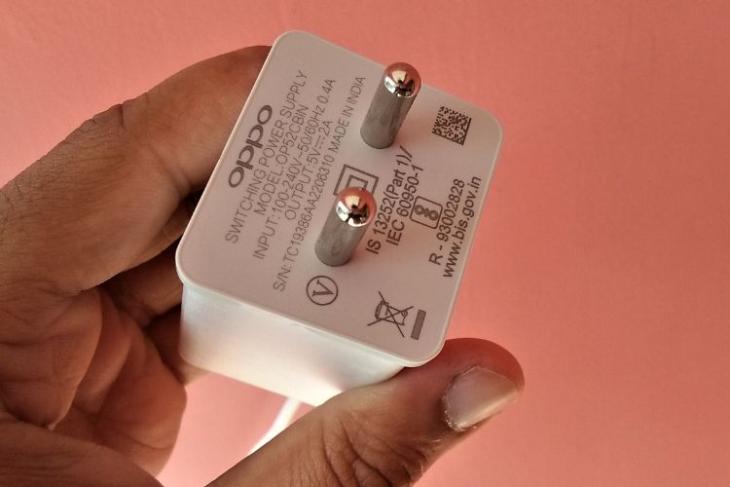 It now seems to be a trend of removing in-box chargers, started by Apple and eventually followed by Samsung. Even Xiaomi stopped selling in-box chargers with the Mi 11 series and the recently launched Redmi Note 11 SE in India. And the new brand to hop onto this bandwagon is Oppo as the company has confirmed it will take this step next year.

Oppo’s Billy Zhang, at the recent European launch of the Reno 8 series, has confirmed that some of its products won’t come with an in-box power adaptor, starting next year. Zhang says that Oppo “has a plan” for this.

However, there’s no word on which future Oppo phones will be shipped without an in-box charger. Considering this will be a first for the company, it could start with its high-end phones belonging to the Reno and Find X series.

That said, it could be for the budget or mid-range phones too. The decision will reflect in select markets, so, we don’t know if users in India will be affected.

Zhang further stated, “It’s not that easy for consumers to get access to [SuperVOOC chargers], so we have to keep it in the box. However, as we are expanding our business operations, we are looking to take chargers out of the box and put them in the store so that our users are able to buy the chargers and continue using them even when they upgrade their devices.“

While a reason isn’t officially known, we expect it to be an initiative towards a sustainable environment by curbing the carbon footprint, something Apple and Samsung claim to follow. Plus, this will help in increased sales of Oppo’s VOOC and SuperVOOC chargers that support the company’s proprietary fast charging tech. Since not all brands support them, buying Oppo’s chargers will be the only right choice!

Oppo is yet to reveal more details on this and we expect some to pop up at a 2023 Oppo launch event. We shall provide you with all the details once we get them. So, stay tuned, and do share your thoughts on Oppo’s decision to remove chargers from the box of some phones in the comments below.