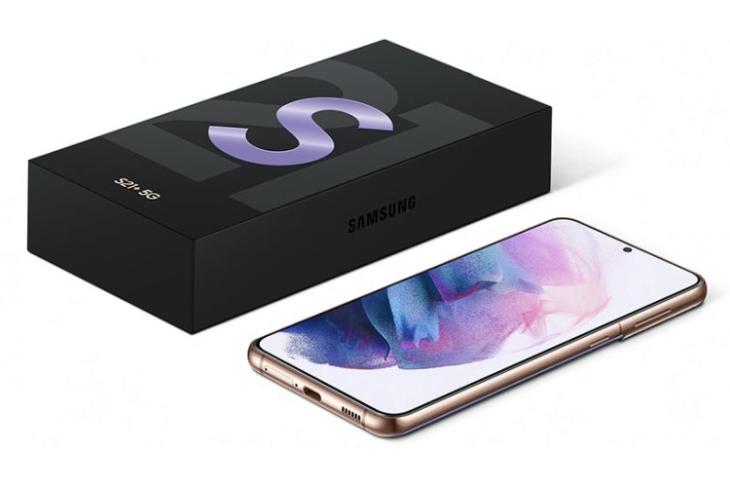 Samsung has launched the Galaxy S21 lineup across the globe today. And as everyone had feared (and the leaks already confirmed), the Korean giant has also removed the charger and slimmed down the retail packaging.

Samsung has followed Apple’s lead and can no longer mock the Cupertino giant for its environmental protection practices. You can see the slim new Galaxy S21 series retail packaging in the image above. What is the reason for removing the charger, you ask? The company wants to be equally generous to the environment as its arch-rival Apple.

This has a two-fold purpose. One, the outer packaging ends up wasting less cardboard because of its smaller size. Second, it helps reduce electronic waste. You might already have a compatible charging brick at home, so you don’t need another charging brick is the thinking behind this move.

Samsung mocked Apple for removing the adapter from the iPhone 12 series, as well as older-gen iPhone, retail boxes on social media. The post had included the picture of a charger and it was termed as the “most basic” necessity. The company has since deleted the post (as we reported a couple of weeks ago) and proceeded to follow Apple and Xiaomi to remove the charger from the Galaxy S21 box. 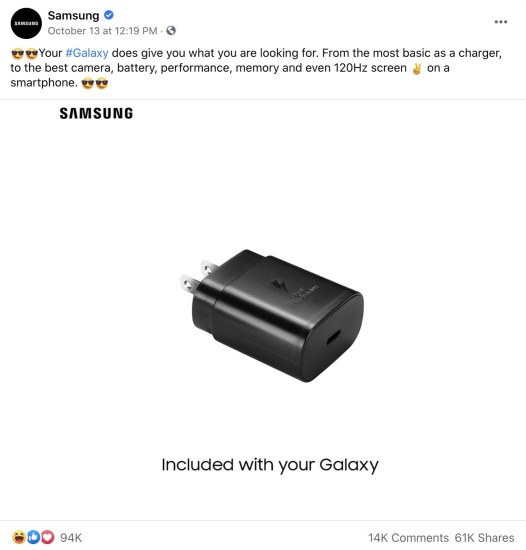 With two of the biggest Android phone makers leading the said charge, we can expect more companies to follow suit and stop offering the charging adapter in the box. This practice will, however, solely apply to flagship phones and not trickle down to budget offerings.