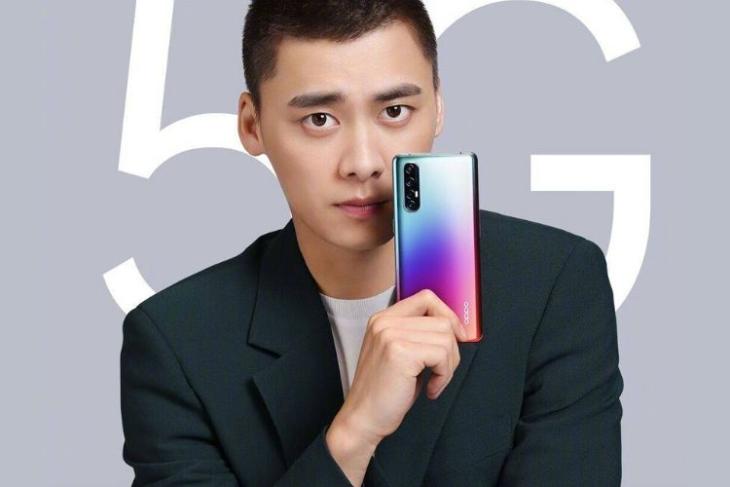 The first Snapdragon 675-powered smartphone, the Redmi K30, arrived yesterday and it looks like more phone makers are now prepping to join the fray. Oppo Reno 3 series has been teased for quite some time now. It is confirmed to arrive with the Snapdragon 765G chipset in tow and today, Oppo has also revealed the launch date for the Reno 3 series.

Oppo has taken to Weibo today to share a teaser video (attached below) and it confirms that Oppo Reno 3 series – Oppo Reno 3 and Reno 3 Pro will launch on 26th December in China. The teaser itself doesn’t reveal anything about the devices, except for that they’ll support dual-mode 5G connectivity (SA/NSA) out-of-the-box.

The company recently teased the Oppo Reno 3 Pro 5G and we know that it will boast a punch-hole design on the front. It will also include a 3D curved display — similar to the recently launched Mi Note 10. Oppo VP Brian Shen also gave us a clear look at the rear panel of the Pro variant. It will feature an iridescent panel and a quad-camera system.

Talking about the specs, Oppo Reno 3 Pro 5G will only be 7.7mm thick and weigh around 180 grams. While the standard Reno 3 is expected to sport a 6.4-inch Full-HD+ OLED display, the Pro variant will tout a slightly larger panel. But both of them are rumored to boast 90Hz refresh rate and 180Hz touch sampling rate.

A first look at the full rear side of OPPO Reno3 Pro 5G. Thoughts? 👀 pic.twitter.com/V8yknOzFof

Under the hood, the rumor mill hints that Oppo Reno 3 will be powered by MediaTek Dimensity 1000 5G chipset whereas Reno 3 Pro is known to be backed by Snapdragon 765G 5G chipset. This will be coupled with up to 12GB RAM and 256GB storage.

In the camera department, the standard variant is expected to feature a 48MP primary sensor. along with an 8MP ultra-wide lens, 13MP telephoto lens, and a 2MP depth sensor. Reno 3 Pro, on the other hand, will feature a 64MP primary camera. There’s also expected to a 32MP selfie camera onboard.

The TENAA listing for the Reno 3 Pro suggests that it will feature a 3935mAh battery and support 30W fast-charging. It will run the newly announced ColorOS 7 update, based on Android 10, out-of-the-box. We all know that Reno 3 would most likely act as the design base for the OnePlus 8 next year. So, are you excited for this launch? Stay tuned for our coverage during the holidays.