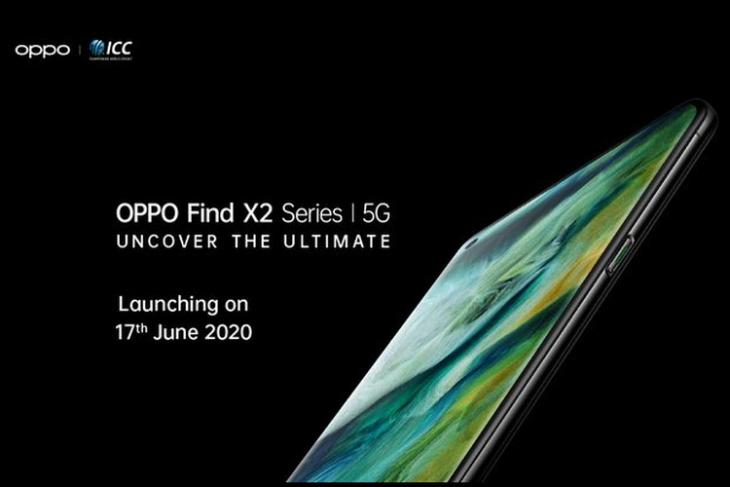 Oppo has confirmed that it will launch the Find X2 series in India on June 17. The company had earlier revealed that the lineup will be available on exclusively Amazon. In fact, the e-commerce site has also set up a dedicated landing page for the Find X2 series, showcasing all the major features and hardware specs, including the 120Hz refresh rate, super-fast 65W charging and more.

Meanwhile, the mention of the Find X2 ‘Series’ leads us to believe that the company will launch both the Find X2 and the Find X2 Pro in the country. The tweet didn’t reveal any info about the pricing, but that will probably be announced on the launch day itself.

World's #FastestChargeTechnology meets the #PerfectScreenOf2020 with the all new #OPPOFindX2Series #5G! Are you ready to experience a smooth and flawless performance? The #TrueFlagshipExperience is coming soon to India on 17th June.
Know more: https://t.co/chUzY2ya9p pic.twitter.com/Bh3w3Aho9L

Originally unveiled in London back in March, the Oppo Find X2 and Find X2 Pro are true flagship smartphones with high-end specs and a boatload of innovative features. Both ship with 6.7-inch QHD+ (1440 x 3168) 120Hz AMOLED displays and have a dedicated MEMC chip to upscale 30fps content to 120fps. The devices are powered by the Snapdragon 865 chipset, coupled with up to 12GB of LPDDR5 RAM and 512GB of UFS 3.1 storage.

While both devices sport triple-camera setups at the back, there are some notable differences between the sensors. Either way, the 65W SuperVOOC 2.0 charging is available on both devices, as is dual-mode 5G support, although, that might not mean a great deal to Indian users for the time being. The Oppo Find X2 series is priced starting at €999 (around Rs. 81,000) in Europe, but we expect it to be priced lower in India.