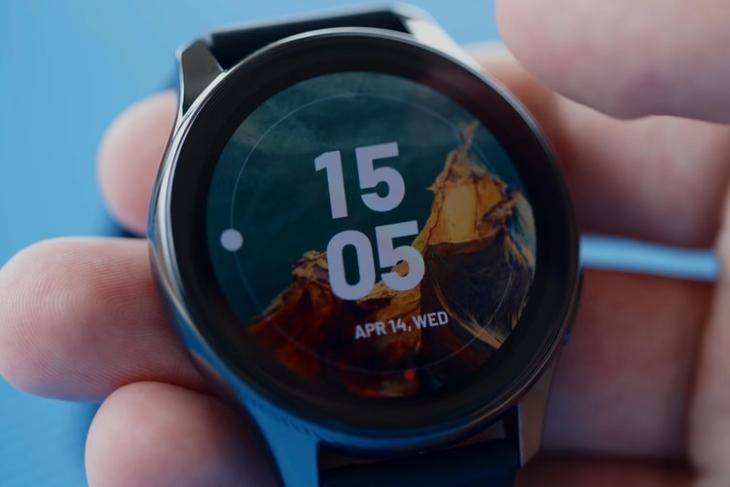 After launching the first OnePlus Watch in India last year, OnePlus is now looking to launch a new Nord-branded smartwatch to cater to the budget smartwatch category. We recently heard about the possible launch of the Nord Watch and now the latest information suggests that it may happen soon. Here are the details.

Reputable tipster Mukuk Sharma (aka stufflistings) recently took to Twitter to report that he has spotted the OnePlus Nord Watch moniker on OnePlus India’s official website.

This gives us an idea that the Nord smartwatch could soon launch in India. If this happens, this will be another Nord wearable by OnePlus, joining the Nord Buds, which are going to be the first TWS earbuds under the Nord brand. These will launch in India on April 28 alongside the OnePlus 10R and the Nord CE 2 Lite 5G.

Now, it is worth mentioning that other than the moniker, no other details about the alleged Nord-branded smartwatch were available on the website. However, the existence of the Nord Watch text on OnePlus’ official website suggests that the company might soon start teasing the product in India. We can expect the company to launch it sometime later this year, maybe alongside the OnePlus Nord 3.

As for the details, not much is known about Nord Watch’s key specs and features. Nonetheless, we can expect the smartwatch to come with health and fitness features, heart-rate tracking, a blood oxygen monitoring sensor, and more. It is also expected to be an affordable offering with it being priced between Rs 5,000 and Rs 8,000. We would, however, recommend you take this information with a grain of salt until the company officially confirms the Nord Watch in the coming days. Therefore, stay tuned for more details.