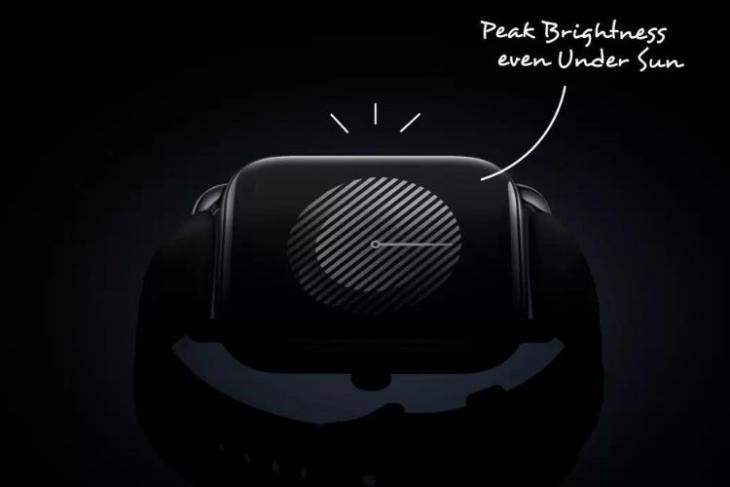 OnePlus recently teased the Nord Watch in India suggesting that it will launch soon. While a launch date is still unknown, the company has revealed some details about its first Nord-branded smartwatch. Have a look at the details.

OnePlus has revealed some details of the Nord Watch via the official microsite on the company’s website. The OnePlus Nord Watch is confirmed to feature a 1.78-inch AMOLED display with a screen resolution of 368×448 pixels and 500 nits of peak brightness.

There will be support for over 100 online watch faces and a 60Hz refresh rate too. The company has already showcased its design, which includes a square dial and silicon straps. It is expected to come in black and blue colorways.

OnePlus has also revealed that the Nord Watch will support 105 sports modes such as outdoor running, swimming, climbing, hiking, walking, outdoor cycling, and more. More details are expected on September 28, post which we can expect the launch, which could be at the end of the month.

As for other expectations, we can expect several health features like a heart rate sensor, a SpO2 sensor, a sleep tracker, and more. It will be compatible with both Android and iOS devices. Additionally, it could fall under Rs 10,000 to compete with Amazfit, Noise, Realme, and more smartwatches.

However, other confirmed details regarding the OnePlus Nord Watch are still unavailable but we expect clarity soon. We will keep you posted with the details. So, stay tuned.