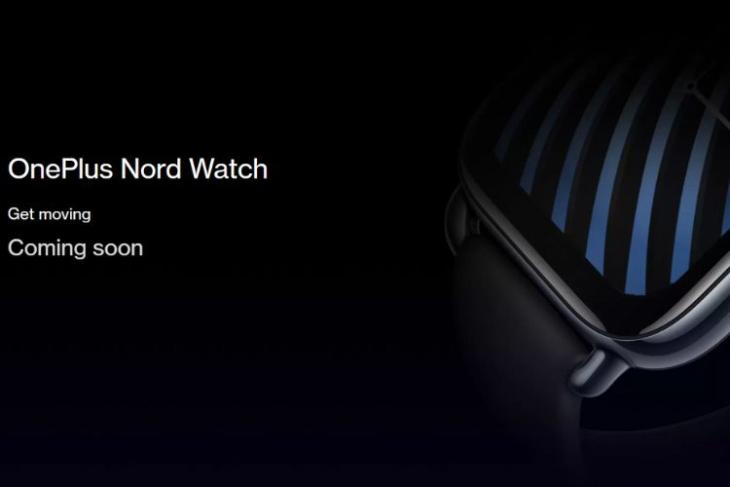 We have heard several times in the past that OnePlus will launch a Nord smartwatch in India soon. After several leaks, the company has officially confirmed this news with a recent teaser. Here’s a look at the details.

OnePlus has shared a glimpse of the new OnePlus Nord Watch on Twitter. The smartwatch will join the Nord smartphones and the Nord TWS that exist in India. The teaser image showcases a watch with a square dial and curved edges. This will be different than the rounded OnePlus Watch that was launched last year.

The company also has a dedicated page on its website for the Nord Watch, which suggests that more details will be revealed in the coming days. The last day of reveal is set for September 28, which means the OnePlus Nord Watch could launch at the end of this month. However, the exact launch date remains unknown.

As for what to expect, there’s not much known. But we can expect the smartwatch to come with health features like a SpO2 monitor, a heart rate sensor, a sleep tracker, and more. The ability to track the activities, steps, calories, and much more is also expected. To recall, the watch was earlier spotted on the OnePlus website too.

The OnePlus Nord Watch is also expected to be an affordable offering (falling under Rs 10,000) to take on the likes of Xiaomi, Realme, Dizo, Noise, and more smartwatch brands in India. It remains to be seen how the watch turns out.

In addition, the company will be launching the OnePlus 10R Prime Blue Edition on September 22, as confirmed via another tweet. We shall get more details on this. So, do stick around for further updates. Also, share your thoughts on the upcoming OnePlus Nord Watch in the comments below.