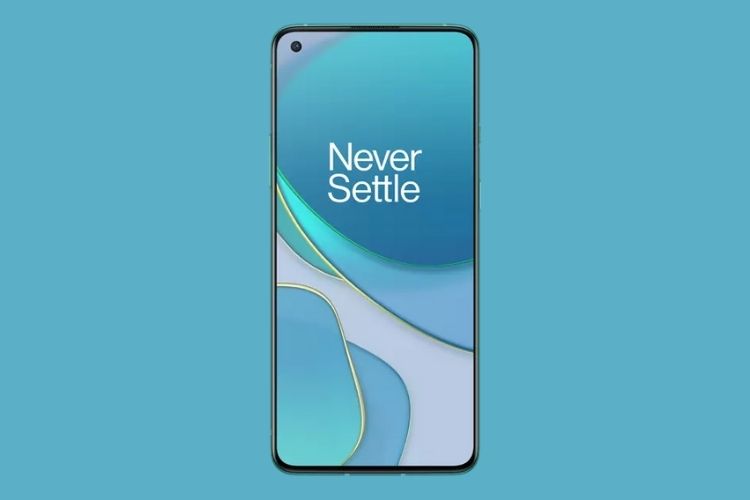 While OnePlus may be planning to enter the entry-level segment with the ‘Clover’ in the US, the company will also unveil the T-series refresh for its flagship smartphones later this year. And well, OnePlus might have accidentally given us a first look at the upcoming OnePlus 8T smartphone today.

The Chinese giant rolled out the Android 11 Developer Preview 4 for the OnePlus 8 series today. Digging through the source code, the folks at Oxygen Update Blog has stumbled upon what looks like the upcoming OnePlus 8T. Yeah, the image you see attached above could be our very first look at the successor to this year’s slightly disappointing OnePlus 8.

The official-looking OnePlus 8T render was spotted in the Settings app. The file is named ‘oneplus_8t.webp’ and appears to be the image that’s shown on the ‘About’ page of the device in OxygenOS. The image appears next to the phone’s specs and software details, as shown for the OnePlus Nord in the image below.

We only get a look at the front view of the OnePlus 8T via this render and it looks like OnePlus will adopt a flat display for its upcoming non-Pro flagship variant. Not much else has changed in comparison to its predecessor. You still have a bezel-less display with a single-camera punch-hole at the top left.

This accidental slip-up does not show the back panel else we would have learned more details for the OnePlus 8T ahead of its official launch in October or November later this year. The company usually brings modest upgrades with the T-series upgrade, with the Snapdragon 865 Plus and 64MP primary sensors being the major additions rumored at this point in time.

There is currently no information for when the OnePlus 8T series will be revealed but keep your keep peeled for more leaks and details about the upcoming flagship phones.