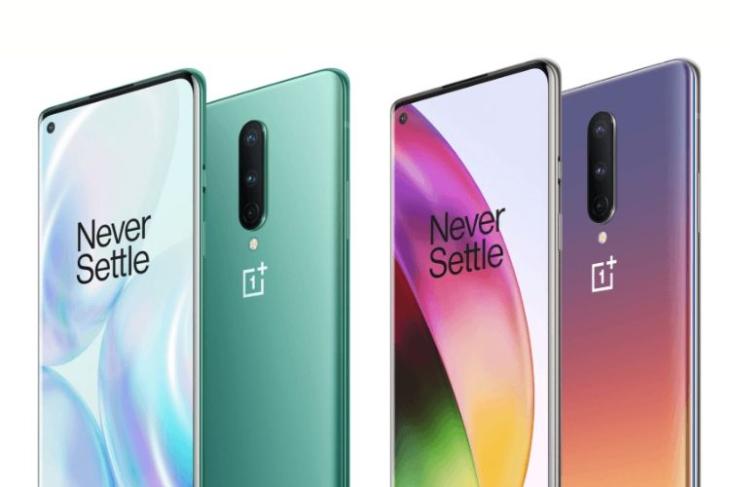 After pushing back the launch date thrice due to the ongoing COVID-19 pandemic, as revealed by CEO Pete Lau, OnePlus has decided to move ahead with the launch of the much-awaited OnePlus 8 series. The new flagship killers will officially be unveiled on 14th April. Yes, the leaks have once again proven true.

The Chinese giant has today taken to Twitter to share an official teaser for the upcoming OnePlus 8 series. It carries the tagline ‘Lead with Speed’ and is confirmed to feature a 120Hz display, 5G connectivity support, and a lot more. You can check out the teaser for yourself right here:

As for what we should expect from the launch, the company should launch three new smartphones and possibly, a pair of Bullets TWS earbuds as well. The landing page shows the OnePlus TV too but we are not sure whether the company will launch a new TV just yet.

The OnePlus 8 and 8 Pro have leaked extensively over the past weeks. We have a good idea of what to expect from the two devices. The former is expected to feature a 6.55-inch Full-HD+ 90Hz AMOLED panel whereas the latter will feature a 6.78-inch QHD+ 120Hz AMOLED panel. Both the variants will be powered by the Snapdragon 865 chipset, quad-camera setup with two 48MP sensors, and most likely, 50W super-fast charging and 30W wireless charging.

The third smartphone is expected to be a mid-ranger. Yes, OnePlus is looking to make a return to the mid-range segment with the rumored OnePlus Z (previously known as the OnePlus 8 Lite). It will be a successor to OnePlus X from back in 2015. This device will feature a flat AMOLED display, MediaTek Dimensity or Snapdragon 765G chipset, and a triple camera system.

So yeah, if you have been waiting on the launch date for the OnePlus 8 series, it’s finally here and we will see what the company has in store two weeks from now.