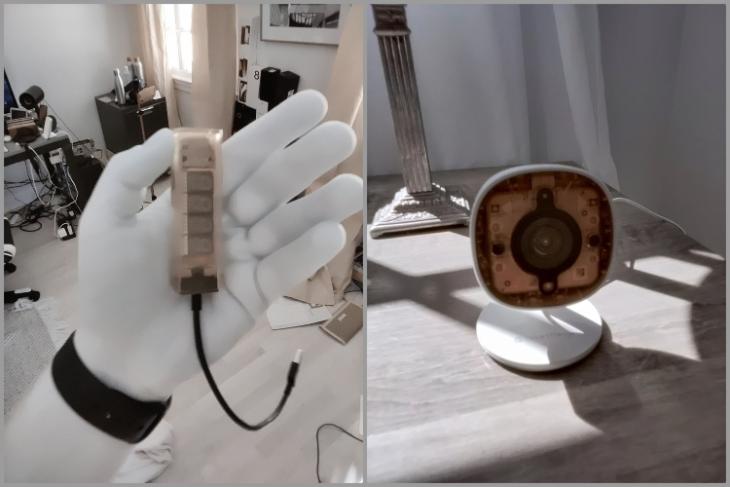 OnePlus launched its flagship-grade premium smartphone, the OnePlus 8 Pro last month along with the OnePlus 8. Unlike the OnePlus 8, its elder sibling comes with a quad-camera setup with a 48MP primary lens, a 48MP ultra-wide lens, an 8MP 3X telephoto lens and a unique 5MP Color Filter sensor that, OnePlus says, can capture filtered photos. However, as discovered by users, this colour filter lens of the OnePlus 8 Pro gives the smartphone an x-ray vision and it has been all the rage on the internet recently.

Allegedly discovered by reputed leaker and concept designer, Ben Geskin, the OnePlus 8 Pro’s “Photocrom” filter in the camera app enables the user to see through a certain type of plastic material on numerous objects.

One of the best examples 🤯#OnePlus8Pro Color Filter Camera can see through some plastic pic.twitter.com/UkaxdyV6yP

According to OnePlus, the Color Filter camera helps to put camera filters to the final shot captured by the device. However, in another use case, this sensor can be used in infrared photography as it can capture the IR rays that are invisible to the human eyes. This very feature enables the camera to see through very thin sheets of plastic that do not have IR shielding and are on many electronic products like controllers, TV remotes and VR headsets. This reveals the internal circuitry of the devices and works even in the viewfinder of the device.

So, after the discovery of this feature, the internet went crazy over this built-in x-ray vision of the OnePlus 8 Pro. People even made memes about the feature as it can even see through certain types of clothes, as revealed by Lew from Unbox Therapy.

The YouTuber put a box inside his black shirt and clicked a picture with the OP8 Pro’s “Photocrom” mode and guess what? The box could be easily recognised underneath the shirt in the picture taken by the Color Filter sensor. So, this can also be a privacy issue for the consumers as seeing through clothes is not a feature that can be appreciated.

However, the fact that a smartphone can now see through objects is quite fascinating and the “x-ray” pictures of the electronic devices look pretty cool, tbh.