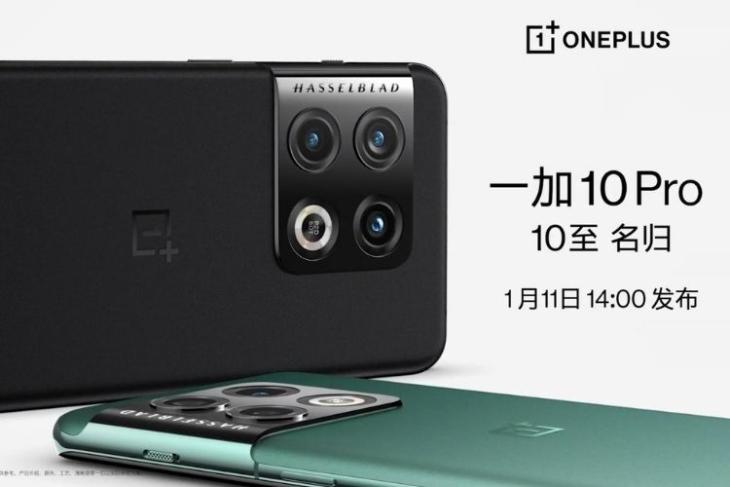 The OnePlus 10 series is often seen making headlines, thus, fueling further anticipation. In addition to the various rumors about its design and specs, we have also received confirmation on the phone’s launch timeline, which is set for early January 2022. The latest information now hints at the exact launch date and even the design of the OnePlus 10 Pro.

The OnePlus 10 Pro’s alleged teaser video (via Weibo) has been leaked and it showcases its design, and most importantly, the launch date, which is most likely set for January 11. This doesn’t come as a surprise, considering OnePlus recently confirmed that the smartphone will arrive in January 2022.

As for the design, the video shows the previously-leaked 10 Pro design, which includes a huge rear camera hump and a curved punch-hole screen. This would make for a new design as opposed to what we have seen previously on OnePlus flagships.

Furthermore, it is suggested that the OnePlus 10 Pro will launch in China first (something we have heard before) at 2:00 PM China time (or 11:30 AM IST), followed by a global launch, possibly sometime in March or April. However, popular tipster Mukul Sharma believes that the “India launch is approaching as well,” and it might happen sooner than expected. We will have to wait for an official announcement to get a better idea.

Speaking of the specs sheet, the OnePlus 10 Pro is confirmed to be powered by the Snapdragon 8 Gen 1 chipset and the rumors hint at three rear cameras. It could include a 48MP main camera, a 50MP ultra-wide lens, and an 8MP telephoto lens with up to 3.3x zooming power. There could be a 32MP front camera onboard as well. A 5,000mAh battery unit with support for 80W fast charging (a first for OnePlus) is also expected.

The OnePlus 10, which recently passed the TENNA certification, is also expected to launch alongside the Pro variant. However, not much is known about the device. To reiterate, we still need an official word from OnePlus to know what is the real deal and we will be sure to let you know. Until then, stay tuned for more information.