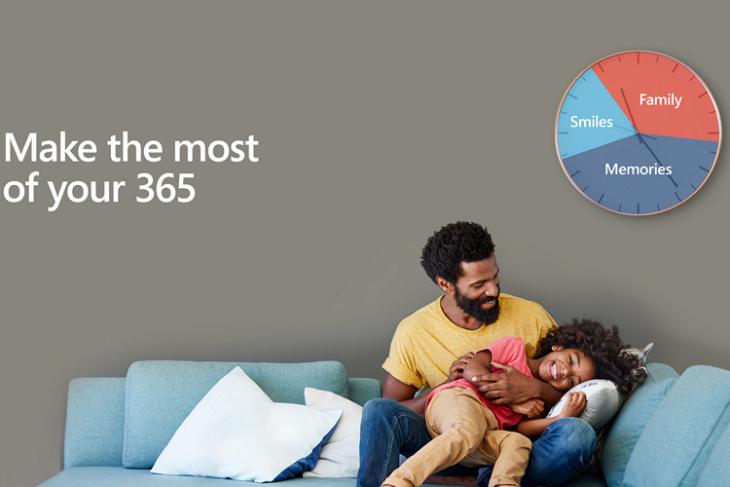 Microsoft on Monday announced a rebranding for its cloud-based Office 365 productivity suite for consumers, naming it Microsoft 365 Personal and Family. In an official blog post, the company said that the change will bring a powerful set of free applications and services that will help users create, share, connect, and collaborate with their friends and family.

The new service will be available on the web, as well as on Windows, macOS, Android and iOS devices. It will incorporate all the familiar apps and services that have long been an integral part of the Office suite, including Word, Excel, PowerPoint, Skype, Outlook, OneNote and OneDrive. Alongside the consumer suite, some of the commercial offerings for small and medium-sized enterprises are also being rebranded to Microsoft 365.

Describing the service as “the subscription for your life”, Microsoft said that it will “help you make the most of your time, connect, and protect the ones you love, and to develop and grow”. According to the company, Microsoft 365 builds on the foundation of Office by infusing AI, rich content and templates. It also comes with new cloud-powered experiences that the company claims will enable users to become a better writer, presenter and designer. It will also help users mange their finances better, as well as deepen their connection to the people in their life, said Microsoft.

While the new product name will go into effect on April 21, the new features have already started rolling and will reach all 38 million Office 365 subscribers over the next few months. The announcements were made in an online event, the invites for which were sent out a couple of weeks earlier. Microsoft 365 has been priced starting at $6.99 per month.

Ola Dreams of Unique Content, Contextual Ads on Ola Play, Ties Up with Microsoft for Office 365