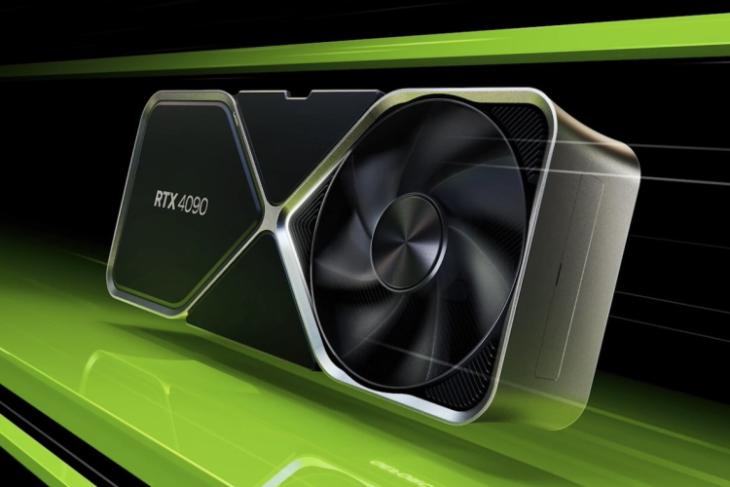 The biggest graphics card announcement of the year is here. Yesterday, at its GTC 2022 conference, Nvidia finally announced their new and much-awaited RTX 4000 series GPUs in the form of the RTX 4090 and RTX 4080. These GPUs are the first to be based on Nvidia’s newest “Ada Lovelace” architecture and are touted to be the fastest graphics cards ever produced. That said, let’s look at all the details for Nvidia GeForce RTX 4080 and RTX 4090 right here.

Nvidia in their announcement showed only two of the Ada Lovelace cards, but they did give us a lot of important hardware specifications for the same. The top-end RTX 4090, for one, comes with an earth-shattering 16,384 CUDA cores. This is almost 60% more cores than the RTX 3090, which was already considered a gaming beast. Other important upgrades include a higher number of Tensor and RT cores at 1321 and 113, respectively.

Moreover, Nvidia claims that in raw graphics performance, the new 4000-series graphics cards should be up to twice as fast as their RTX 3000 series counterparts in traditional rasterized games and up to four times faster in video games that use ray-tracing.

The more interesting announcement of the two cards, though, was the GeForce RTX 4080, which will come in two different models – one with 12GB of GDDR6X video memory and another with 16 GB of video memory.

The fascinating thing, however, is that in terms of specification these cards will be significantly different from each other, as they will not only have different memory sizes but also differ in core specifications like CUDA cores, clock speeds, and the memory bus size. This is the first time that Nvidia has taken such an approach, and we believe this could be a way to differentiate its newer higher-end cards from the mid-range cards that are set to release next year.

In addition, Nvidia also announced a range of features and technologies that the new GPUs will enjoy like DLSS 3, new AV1 encoders, and also a new performance-enhancing feature called Shader Execution Reordering.

All these features, NVIDIA claims, when seen together with the Ada Lovelace architectural improvements, will herald a new age of gaming performance. The feature that we are particularly excited about is DLSS 3, which is supposed to be a massive improvement on the already wonderful DLSS 2.0. Nvidia has said that the technique will now be able to generate entirely new frames, instead of just adding new pixels like older DLSS offerings. This implementation is supposed to double or even triple the frame rate in certain games, and it’s something we can’t wait to try out.

In terms of release date, the first card that will be available to purchase will be the RTX 4090, which will hit retail and online stores on the 12th of October. The RTX 4090 will be followed by the release of the RTX 4080 sometime in November. Nvidia has not given us an exact date for these cards, but if we were to speculate will most likely be late November.

We are a little disappointed about the fact that there were no mid-range GPU releases from Nvidia this time, but the fact that we’re getting any GPUs after rumors of Nvidia delaying their graphics card is a relief.

The huge amount of interest that the RTX 4000 series GPU announcement has garnered, in a way has laid waste to the growing concerns that industry experts had about the GPU market. The GPU industry might be saturated in terms of supply chain issues and a victim to the tumbling Crypto-currency market, but when it comes to new releases and hype it can never be bogged down.

The new 4000 series graphics cards with their improved ray-tracing performance and cutting-edge features have made the GPU market particularly interesting, and we’re looking forward to how other manufacturers like AMD and Intel react to this. The next generation of gaming is here, and we couldn’t have asked for a better launch. So what are your thoughts on the RTX 4000-series announcement? Are you as excited as we are about the new graphics cards? Let us know in the comments below.