The RTX series is here, which means the dawn of the Ray Tracing GPUs is finally upon us. Nvidia promises that RTX, based on their new Turing architecture, is a massive leap in computer graphics and that it promises an exceptional jump from the performance achieved by the previous generation, that is, the Pascal architecture. Having already tested the graphics card at Gamescom 2018, I was pretty impressed with the actual results of the all the new GPUs. However, I did want to try things on my own, and thankfully, Nvidia was grateful enough to send over the middle brother in their 20xx lineup, that is, the RTX 2080, priced at $799 (Rs. 68,500 in India). Now, the first thing I did was run the benchmarks, and boy, was I amazed. Or was I? Well, I do like to maintain a bit of suspense for our readers, so let’s see how the new GPU from Nvidia actually performs, shall we?

Note: For this review, we are using the Nvidia RTX 2080 Founders Edition. Performance may slightly vary with the Add-In-Board (AIB) variants of the GPU.

Before we move on to the actual benchmarks, I think it is worth pointing out the test bench that I had used for this review:

For the purpose of benchmarking the RTX 2080, I relied on my beloved and also the industry standard benchmarks of 3DMark and Unigine. Unlike the leaks that have been flooding over the internet for the past few days of 3DMark listing the RTX 2080 as an unrecognized GPU, the software was able to recognize the GPU on my device from the get-go. Here are the results of my Nvidia RTX 2080 Benchmarks:

As you can see, RTX 2080 handles benchmarks quite well. It blazes past the 3DMark FireStrike Benchmark, which is pretty much the industry standard for DirectX12 Gaming. Even in all other benchmarks, the RTX 2080 manages to beat its opposition quite easily. It is worth pointing out that all these benchmarks are for 1920x1080p resolution, but considering the strength of the test bench, the GPU was in no way restricted to its performance.

Now, synthetic benchmarks are one thing, but gaming is another thing, right? Well, if you were expecting the Ray Tracing factor to bring out improvements, let me make one thing very clear that Ray Tracing in itself is an entirely different concept for lighting the objects in the game, and would provide no difference over the performance over the current games. Also, RTX would only work once Microsoft has pushed their DTR (DirectX Ray Tracing) update, which is scheduled for release next month. As such, do note that the benchmarks below are of the performance that you’d get with Ray Tracing off, even in the games that would support it.

As evident from the results above, the RTX 2080 takes gaming up a notch as well. Do note that all the games were running at the highest settings possible at 1920x1080p resolution, with V-Sync turned off for maximum frames. PlayerUnknown’s Battlegrounds and Fortnite are two of the most played games on PC, and the RTX 2080 promises the highest frames in that aspect. The GPU oozes past through previous flagships like The Witcher 3 and manages a score of 109 in still the industry standard, that is Metro Redux. While I couldn’t get the latest Forza Horizon 4 demo to work with the RTX 2080, an average framerate of 119 on Forza Horizon 3 is pretty promising. Hunt Showdown, a masterpiece in visuals from Crytex, was able to push the RTX 2080 to its limits, being the only game managing to bring the card under the 100 FPS limit.

Nvidia GeForce RTX 2080: Worth The Hype? 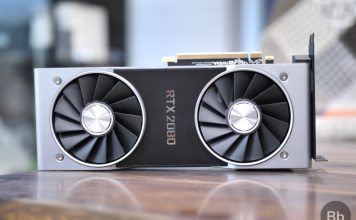 At Gamescom 2018, Nvidia had announced their revolutionary new GPUs, the 20xx series, under the new tag of RTX, which pretty much replaced the...
9.3
Varun Mirchandani - Sep 19, 2018 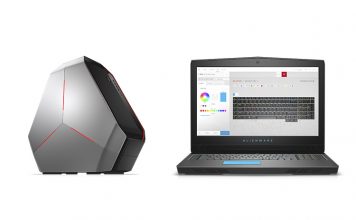 Dell Upgrades Alienware Area 51 and Aurora Gaming PCs With Up To Nvidia RTX...

NVIDIA kicked-off the Gamescom 2018 conference with its next-gen GeForce RTX GPUs. On the back of this, Dell has announced a range of improved Alienware...
Beebom Contributor - Aug 20, 2018 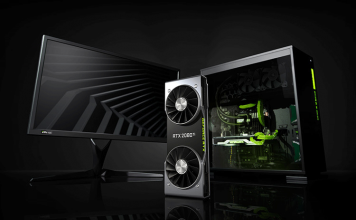