It has been over a year since Nvidia launched its top-of-the-line gaming GPU, the GeForce GTX 1080 Ti. And even today, the GPU remains the company’s best ever graphics card. Based on Nvidia’s award-winning Pascal architecture, the GTX 1080 Ti relies on 12 billion transistors, 3584 CUDA cores, and 11GB of memory to produce the highest performance by any Nvidia GPU produced to date. According to Nvidia, the GTX 1080 Ti is built for 5K resolution and beyond, but is it actually so? And does the performance justify the $699 price tag (available in India for Rs. 89,990 due to mining and import duty)? Let’s find out, as we take an in-depth look at the Nvidia GeForce GTX 1080 Ti Founders Editions: 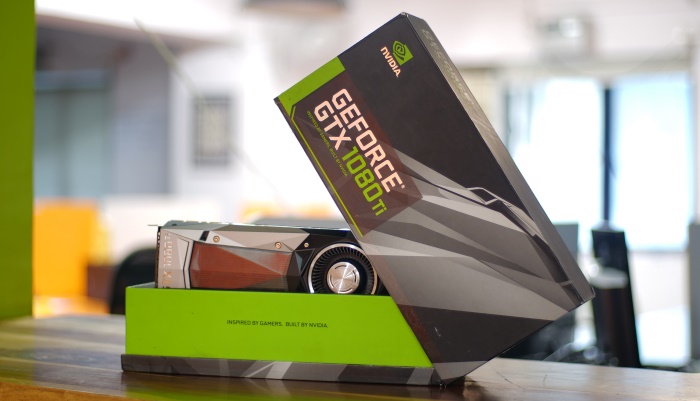 Before we get started with the actual review of the graphics card, let us get the specs out of the way, shall we? The Nvidia GeForce GTX 1080 Ti Founders Edition features beastly specs, and on paper, the GPU stands second to none.

The contents of the package are quite minimal and there is not much to talk about. There is the GTX 1080 Ti Founders Edition itself, a couple of booklets, a Display Port to DVI Converter, and a premium badge for the graphics card, which, I personally feel looks super cool! 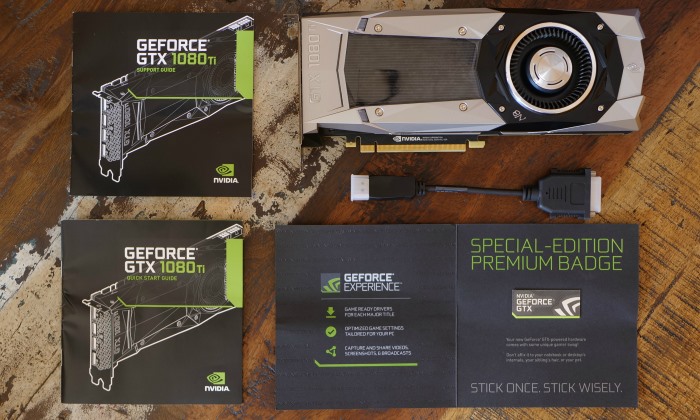 Nvidia’s Founders Edition cards have always been praised for the way they combine exquisite looks with a die-cast aluminum body that’s built to perform. Crafted with premium materials and components, the GTX 1080 Ti is an absolute beauty to behold. To be honest, it is one of the best-looking graphics cards in recent times, thanks to maintaining a neat tone all-around while still giving the viewer an impression of its beastly performance. 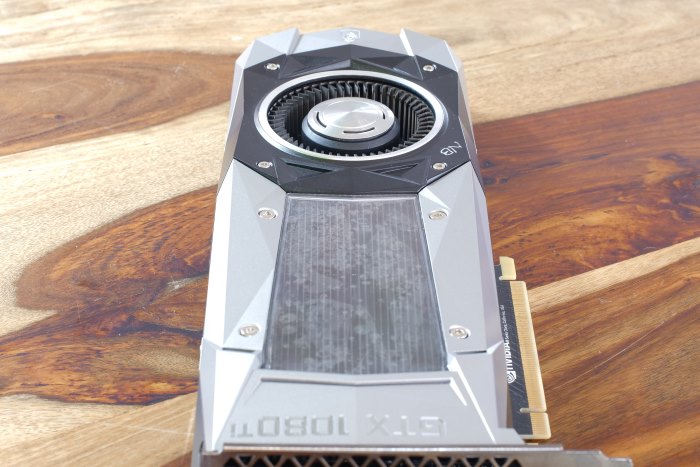 The GTX 1080 Ti features a single fan which is used in a blower-style format to facilitate its cooling. While the chamber system with the single fan does look pretty attractive, they are just not that effective at their job. Nonetheless, we will be discussing that in detail later on in this review. 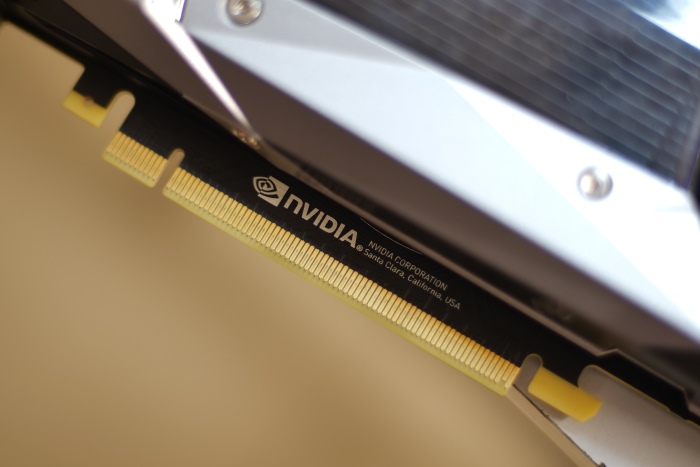 The bottom portion of the GPU consists of the PCI Express x16 pins, while the upper half houses the 7-phase dual FET power supply along with a GeForce GTX SLI HB bridge port.

As for the actual interactive ports, you get 3x Display Port and an HDMI port. This is followed by the exhaust for the blower fan.

The GeForce GTX on top of the graphics card is subtle yet sweet to look at, especially when it lights up in Nvidia’s signature green color. 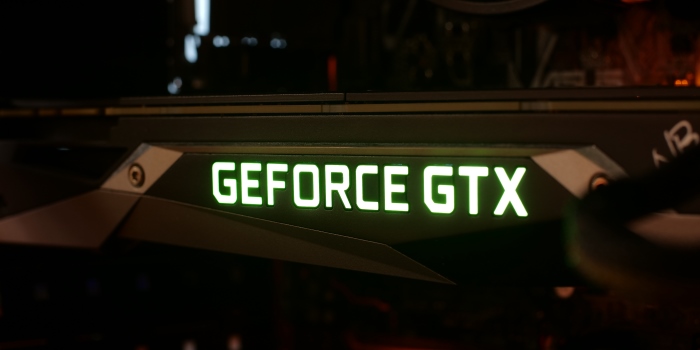 Overall, there is not much to talk about the design and build quality of the GTX 1080 Ti Founders Edition, considering Nvidia has gone with a minimal yet powerful design, made entirely of premium materials that contribute to the GPU’s premium look (and price tag).

Based on the award-winning Pascal architecture, Nvidia claims that the GTX 1080 Ti offers up to a 35% increase from the performance of the GTX 1080. While that is a pretty bold claim to make, the fact is that the statement does stand true in most cases. 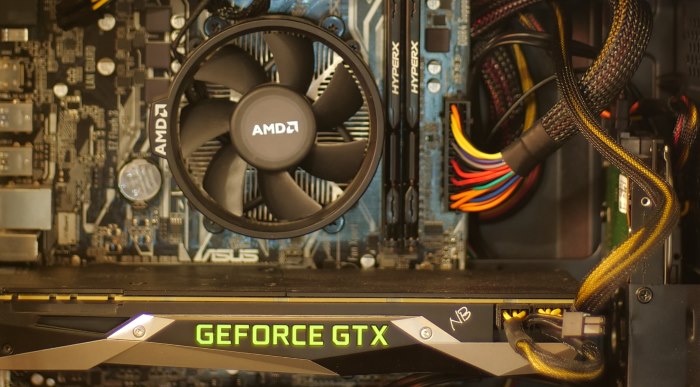 To test the GTX 1080 Ti, I installed it in a test system that Beebom built that’s comprised of an AMD Ryzen 5 2400G @ 3.9GHz, 8GB of RAM, a Kingston A400 240GB SSD coupled with a Seagate 500GB Barracuda HDD, running 64-bit Windows 10. In all of my tests, I ran the games at 1920×1080 resolution and maxed out graphics quality, running settings labeled as Very High, Ultra, Extreme etc. Now, I know that the system in itself is not the best hardware that you can have on a gaming PC, but the beast did not mind the underpowered system and still managed to knock around every title in the park.

As you can see from the list above, the GTX 1080 Ti tamed the so-called stress testing benchmarks, and easily pushed above 100FPS on 1080p without breaking a sweat. Even on the most demanding of games such as Metro Last Light, Rise of the Tomb Raider, and The Witcher 3, the GTX 1080 Ti was easily rendering frames above 80 FPS while being on the highest of settings. And these are games that are, still, well optimized. Even on an unoptimized title such as PlayerUnknown’s Battlegrounds, the GPU was running the game at a stable 132 FPS with everything pushed up to Ultra.

Sadly, I did not have a system to test the 4K capabilities of the graphics card, but I can assure you, that the 1080 Ti would still handle all those tasks with ease. The Nvidia GeForce GTX 1080 Ti is an absolute beast when it comes to performance, and is definitely the best graphics card out there. However, if 1080p gaming is your requirement, you’d be better off with a GTX 1070, or even a 1070 Ti (if you want to push things). The 1080 Ti is a complete overkill for 1080p gaming, and will mostly be capped out by the limitations of your processor.

The 1080 Ti is meant for 4K and VR gaming and should be used for those purposes only.

Thermals are probably the biggest downfall of this GPU. Now, don’t get me wrong, it is not like it is a complete disaster or something, but when you consider the beastly performance of the GTX 1080 Ti, the thermal section in comparison to it does seem to be a let-down. 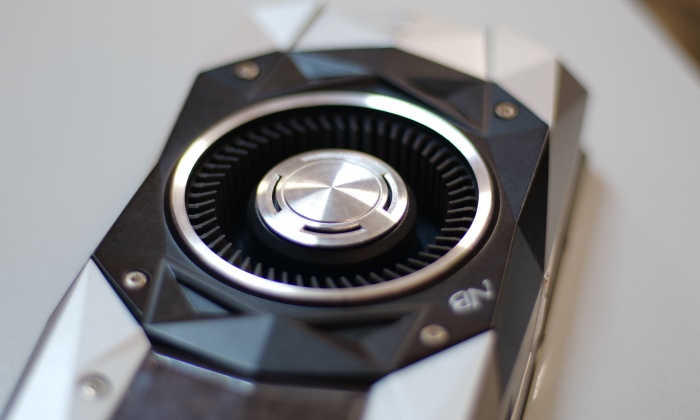 The Nvidia GeForce GTX 1080 Ti Founders Edition is “cooled by a radial fan with an advanced vapor chamber”. Or, in layman’s terms, the GTX 1080 Ti features a single fan in a blower-style cooler format. Which is good, but not good enough. When we talk of gaming or benchmarking, or even stress testing, the 60-80 degree Celsius region is said to be the standard. The 1080 Ti managed to touch temperatures of 80 degrees within the first 15 minutes of our testing and then continued to rise up till 85-degrees. 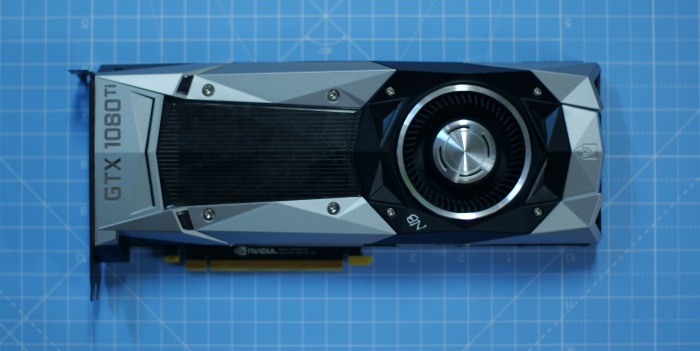 Now I know what you’re thinking – this is the best gaming graphics card out there, and considering the performance, 85-degrees should be normal. Right? Well, not really. Because what you’re missing out on is the fact that this is just the standard temperature. Nvidia promises that the GTX 1080 Ti can be overclocked up to 2GHz from the base 1.6GHz. And while I did manage to achieve that feat, temperatures were soaring up in close contact with that 100-degree mark.

Bottomline, the thermals aren’t that big a letdown and should work good enough for you if you’re going to be running the GPU at base clock speeds. However, if you’re someone who plans on using the GPU for heavy-duty tasks that require overclocking, I’d suggest resorting to Nvidia’s partners, who have installed an extra fan or two to better facilitate the overall thermal dissipation and cooling of the graphics card.

The Nvidia GeForce GTX 1080 Ti’s MSRP is a whopping $699, however, thanks to the current trend of crypto mining, it might be impossible to purchase this GPU. While retailers sell it for prices upwards of $1200, the GPU is almost never in stock and can be quite a tedious task to get hold of it. Nonetheless, you can check out the product on Amazon, Newegg, or BestBuy, and try and purchase it as and when new stocks arrive. 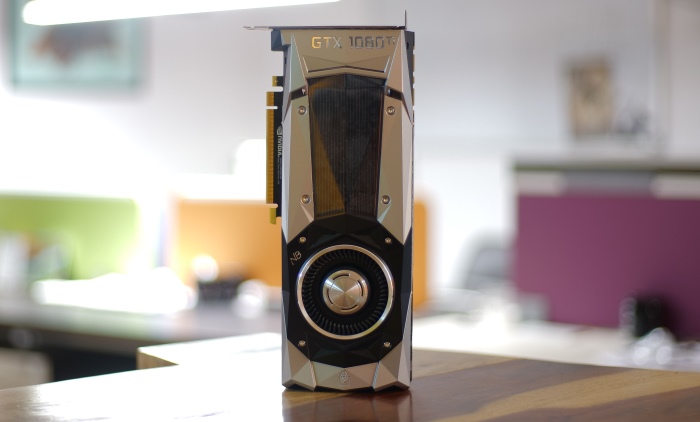 Nvidia has outshone itself with the GTX 1080 Ti. While many felt that the Titan XP was their best product, the 1080 Ti beats the previous beast as well, at least when it comes to gaming performance. Yes, it’s the most expensive Ti product ever, but for those who can manage the cash, it’s a card that really looks to the future. With support for gaming up to 5K resolutions and overclocking up to a stable 2GHz, the Nvidia GeForce GTX 1080 Ti Founders Edition should easily last you more than a couple of years for all your 4K UHD gaming and streaming needs.