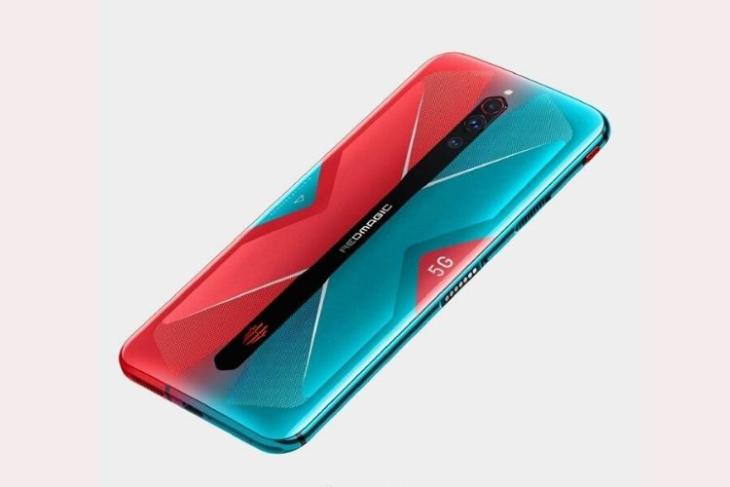 The niche gaming smartphone market will see Black Shark 3 as its newest addition later today. But, even before the device goes official, its competitor Nubia has announced the launch date for its much-awaited Nubia Red Magic 5G gaming smartphone.

As you can see in the image below, Nubia Red Magic 5G will officially be unveiled on March 12 in China. It is another gaming phone, a successor to Red Magic 3S from last year, and includes a myriad of meaningful upgrades. The biggest addition comes in the form of a 144Hz screen. Yes, Nubia Red Magic 5G will be the first gaming phone with a display that supports a high 144Hz refresh rate. 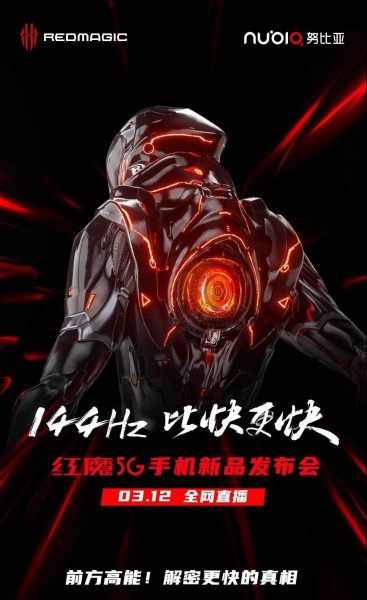 The phone maker has also set up a dedicated landing page for its next gaming phone. It doesn’t give an official sneak peek at the design, but confirms some of the key technical specs of the device. The funky blue and red color rear panel with a triple camera system and light-up Red Magic logo was revealed just recently though. It looks weird but fun, in my opinion.

Talking about the specifications, Red Magic 5G will be powered by the latest Snapdragon 865 chipset from Qualcomm. It will be coupled with 5G connectivity support (as its name should have revealed), UFS 3.0 storage, and up to 16GB LPDDR5 RAM. The smartphone will include a physical fan inside, same as the Red Magic 3S, but it now supports up to 15,000 rotations per minute (RPM) to keep the temperatures in check.

We now also know that the triple camera on the rear will be helmed by the 64MP Sony IMX686 sensor, which should be coupled with an ultra-wide and depth sensor. You will find wi-FI 6 support, an in-display fingerprint sensor, and 55W fast-charging support on board as well. So yeah, the Nubia Red Magic 5G should pack the firepower and features needed to take on ROG Phone 2 and Black Shark 3.