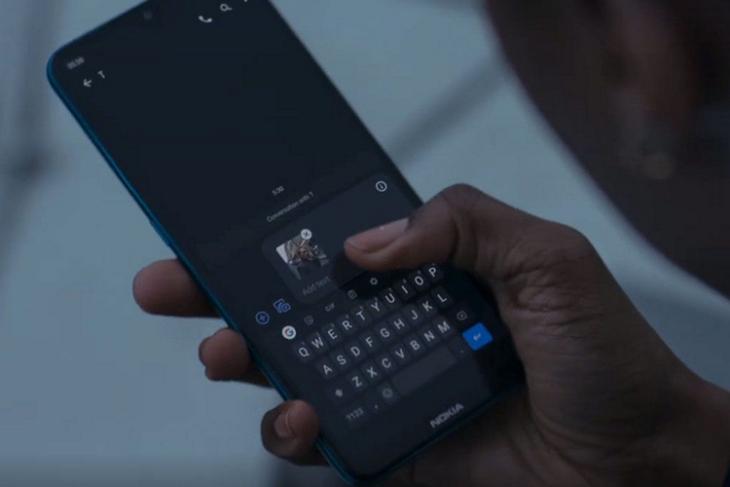 Nokia will be refreshing its current lineup of Android smartphones in an event scheduled to be held on the 19th of March. Now, a new TV commercial of the upcoming James Bond movie “No Time to Die” reveals the design and camera user interface of the Nokia 5.3.

From the images, it is evident that the handset will have a waterdrop notch in front to accommodate the front camera. Apart from that, the camera UI hints at the presence of ultra-wide and macro lens in the handset.

We also see the presence of a 3.5mm headphone jack and a physical fingerprint scanner on the device. Take a look at the images below.

Nokia 5.3 recently passed through Geekbench with the codename Captain America. The device is expected to be powered either by Snapdragon 660 or Snapdragon 665 chipset.

In terms of optics, the device is rumored to pack a quad-camera setup at the rear. The primary lens is expected to be a 16MP sensor, accompanied by 5MP, 8MP, 8MP cameras. For selfies, Nokia is likely to pack an 8MP camera in the front.

Nokia 5.3 could pack a decent 4000 mAh battery. The handset is expected to come in Charcoal and Cyan color variants. Since these specifications are not official, we would suggest taking this information with a grain of salt.