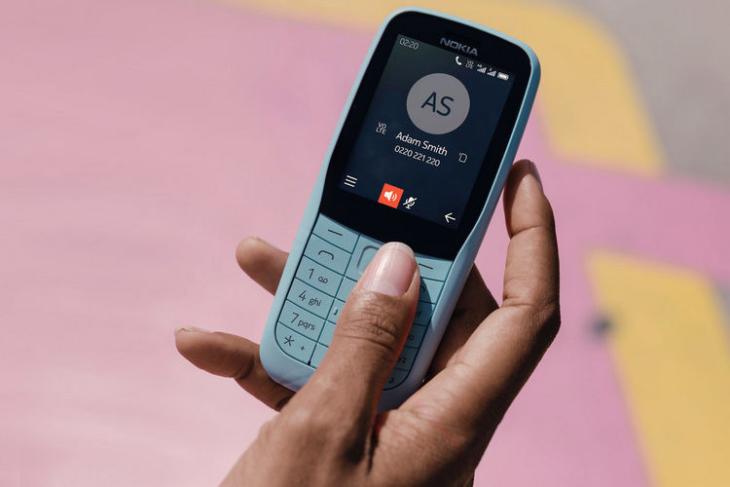 HMD Global may be launching a slew of Android smartphones over the past couple of years, but the company is still working on its Nokia-branded feature phone lineup with new releases every once in a while. The Finnish startup has now officially unveiled a couple of new feature phones, playing up to people’s nostalgia about good ‘ol indestructible Nokia handsets. As can be seen from the following tweets by the Chief Product Officer of HMD Global, Juho Sarvikas (@sarvikas), the Nokia 220 and Nokia 105 handsets are now official. There’s no word, however, on their pricing or availability at this point.

We’ve got two new Nokia phones for you today. First up, the new #Nokia220 4G! A classic ready to bring HD clarity to your calls. ▶️ https://t.co/Cq0DYAGc0z #Nokiamobile pic.twitter.com/es0YOtHUlx

While the former will be the more premium product of the two with 4G connectivity, there’s no immediate info on whether the 105 will also feature LTE, or if it will have to make to with legacy connectivity.

Next up, introducing the 4th generation of our legendary Nokia 105. The original "festival phone" is back. 🎉🙌 ▶️ https://t.co/QJKw5K8Q7l pic.twitter.com/dzEKQJ2p6v

Alongside the aforementioned feature phones, HMD is also apparently planning to soon launch a couple of mid-range Android smartphones called the Nokia 6.2 and Nokia 7.2. According to NokiaPowerUser, the devices will hit the Indian and Russian markets next month.

As for the Nokia 7.2 ‘Star-Lord’, the device is rumored to have a 6.18-inch full-HD+ HDR10 display with a teardrop notch, up to 6GB of RAM, up to 128GB of storage, a 3,500mAh battery and a 48MP main camera as part of a triple-cam setup at the back. There’s no word on the identity of either the front-facing camera or the two remaining rear image sensors. There also seems to be some confusion about whether it will be powered by the Snapdragon 660 or 710, but that will surely get cleared up in the days ahead.