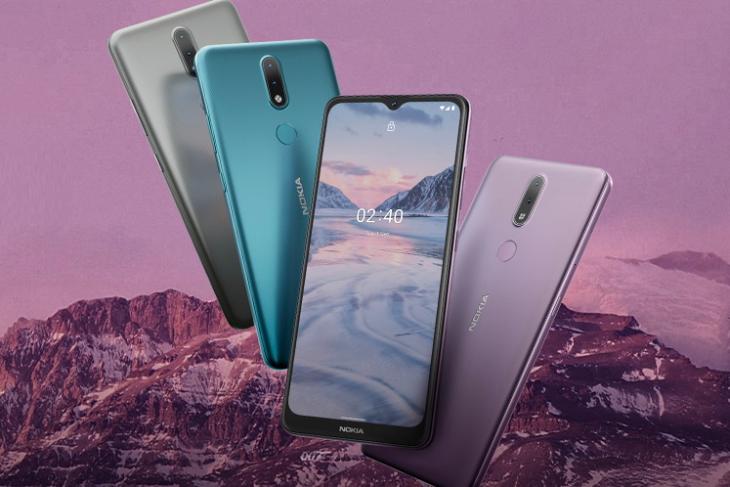 Merely a couple of weeks after launching two new 4G-enabled feature phones in India, HMD Global has beefed up its Android portfolio by unveiling the entry-level Nokia 2.4 in the country. This smartphone could be a decent option for first-time Android users, who do not plan on gaming or spending hours scrolling the web.

Nokia 2.4 is a successor to the Nokia 2.3 and brings only minor upgrades in tow. The device includes a bigger 6.5-inch HD+ display with a 20:9 aspect ratio and 1600 x 720-pixels resolution. You have a waterdrop notch with a 5MP (f/2.4) selfie camera at the top and the Nokia branding on the chin, the same as its predecessor.

You have a vertical dual-camera array with a 13MP primary sensor and a 2MP depth camera on the rear. These are the same camera specs as the Nokia 2.3 with the only difference being the presence of a fingerprint scanner on the Nokia 2.4 — below the camera module. 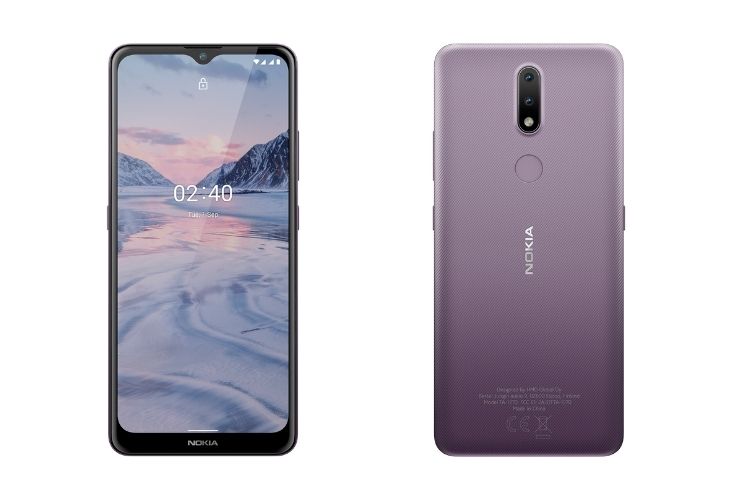 Under the hood, the Nokia 2.4 is powered by the MediaTek Helio P22 chipset, which is an upgrade over the Helio A22 chipset aboard its predecessor. It is, however, no match to the new gaming-centric Helio G-series chipset that power its competitors in the Rs. 10,000 price segment.

You will also find 3GB of RAM, 64GB of built-in storage (expandable up to 512GB via dedicated microSD card). There’s also a 4,500mAh battery with just 5W charging support via the microUSB port at the bottom. That’s double the disappointment right here. You get a 3.5mm headphone jack, Bluetooth 5.0, and WiFi 802.11 b/g/n (only supports 2.4GHz) to round up the connectivity options.

Nokia 2.4 has been priced at Rs. 10,399 in India for the single 3GB+64GB variant. The device is now up for sale and will be available in three colorways, namely Dusk, Fjord, and Charcoal.

“The first 100 customers on Nokia.com/phones placing successful orders between 26 Nov. 12:00 noon IST and 04 Dec. 11:59 pm IST, will also receive a 007 merchandise hamper comprising 007 special edition bottle, cap, and a metal keychain,” as per the press release.

This launch is a bit disappointing as we also expected the Nokia 3.4 to make its India debut today. That does not seem to be the case though. It looks like HMD Global just reused the teaser from the global event, getting our hopes high for two releases.