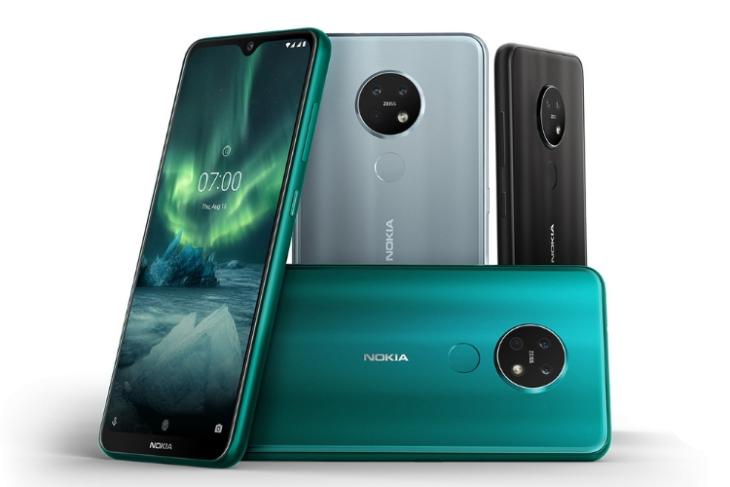 We haven’t seen any new Nokia-branded phones launch for a while now. The rumor mill, however, suggests that HMD Global is gearing up to add three new phones to its budget and mid-range portfolio at IFA 2020. Yeah, not one, not two but three phones. This includes the Nokia 2.4, Nokia 6.3, and Nokia 7.3, which will be launched at this year’s virtual IFA conference in September.

Let’s start from the bottom of the ladder. Codenamed Wolverine, the Nokia 2.4 is said to arrive with a larger 6.5-inch display as compared to the 6.2-inch screen aboard the Nokia 2.3. A Geekbench listing suggests that it will be powered by the MediaTek Helio P22 or Helio G25, coupled with up to 3GB RAM and 32GB built-in storage. 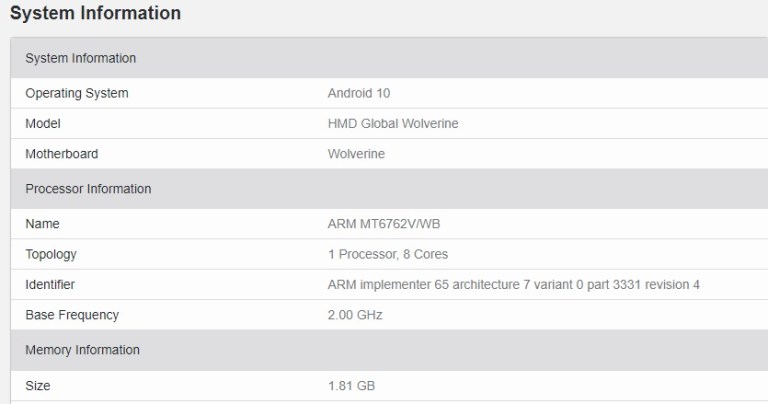 A blurry render leak for the Nokia 2.4 suggests that it will arrive with a 13MP primary camera and a 2MP depth sensor on the rear. You will find a 5MP selfie lens baked into the waterdrop notch on the front. There’s also rumors that it will come equipped with a 4,500mAh battery pack.

The mid-range Nokia 6.3 and Nokia 7.3 were expected to arrive earlier this year. The company delayed the launch due to the COVID-19 pandemic. They are now set to be unveiled at the virtual IFA 2020.

Rumors suggest that Nokia 6.3 and 7.3 will be more similar than different in terms of design and hardware – the same as its predecessor. You will have a PureDisplay up on the front and a Zeiss-backed quad-camera array on the rear. The only major difference between these two phones will be the chipset and 5G connectivity support.

Nokia 7.3 will be the company’s first phone to be powered by the recently announced Snapdragon 690 5G chipset while the Nokia 6.3 will arrive with the Snapdragon 675 (or Snapdragon 730G) chipset in tow. The former will also support 5G connectivity – only in the regions that support the new faster network. 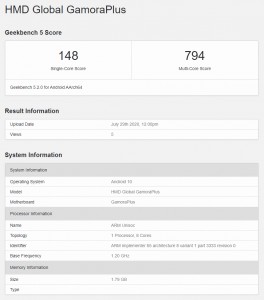 Apart from these three phones, another Nokia-branded phone with the codename – “GamoraPlus” also visited Geekbench earlier this week. It seems to be powered by a UNISOC chipset, with specs similar to MediaTek Helio P22. The chipset includes eight Cortex-A55 cores (clocked up to 1.6GHz) and a PowerVR GE8322 GPU.

HMD Global has also built a reputation for reviving popular Nokia-branded feature phones, so it’s possible that we will see some more nostalgic goodness at the event in September.