This is great news for PUBG, especially when the game title is facing intense competition from Fortnite across the board. What’s even better is the fact that Microsoft is now celebrating this occasion with the launch of a new PUBG Xbox One X Bundle.

According to the Xbox blog post, the Xbox One X PUBG (PlayerUnknown’s Battlegrounds) bundle will be available next week and retail at $499.99. This new bundle will include the following goodies: 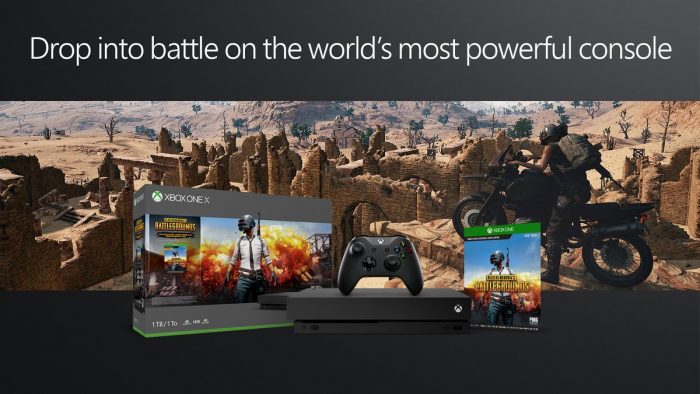 PUBG was initially launched on PC, where it gained immense popularity such that almost every game studio has since started building battle royale titles – even Call of Duty Black Ops 4. PUBG found its way to the Xbox One as part of the Xbox Game Preview program, where it has been running in Early Access since December last year.

The Xbox One variant of PlayerUnknown’s Battlegrounds is still lagging behind PC version of the game, but the developers plan to bring it up to speed with an upcoming update. If you have been looking to get an Xbox One X to play the battle royale game then this new bundle should have you covered.

However, if you’re a fan of Minecraft, the Redmond giant has also announced an Xbox One S Minecraft Bundle. It includes a download code for Minecraft, Season One of the Minecraft: Story Mode – The Complete Adventure, a 1-month Xbox Game Pass trial pass, and a 2-week Xbox Live Gold trial pass. This bundle will retail at $299 and is exclusive to the Microsoft Store and Walmart.