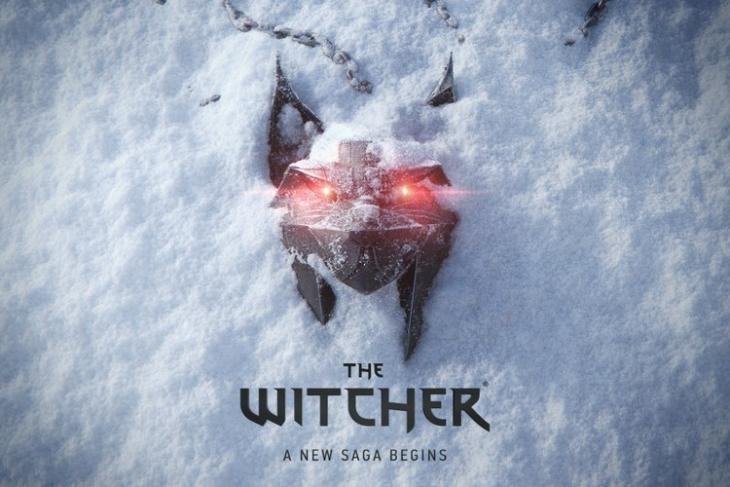 CD Projekt Red, the developer behind the popular Witcher franchise and Cyberpunk 2077, has announced a new title under its Witcher video game series today. The company has released a teaser poster for the game (see: header image) and also announced that it will be developed using Epic Games’ Unreal Engine 5 instead of its in-house REDEngine. So, let’s take a look at the details below.

After releasing The Witcher 3: Wild Hunt back in 2015, CD Projekt Red has now announced the new Witcher game as a standalone title. It means that the game will not be a continuation of the previous title, and hence will not be called The Witcher 4.

This announcement comes as a part of the multi-year strategic partnership deal between CPPR and Epic Games. As a result, the title will use Epic Games’ Unreal Engine 5 instead of its in-house REDEngine, the game development engine behind Cyberpunk 2077. The global PR Director of CDPR, Radek Grabowski, reiterated the company’s announcements in a recent tweet that you can check out attached right below.

The company, following Cyberpunk’s release, faced many criticisms for the title due to the buggy gameplay and numerous issues. The game was even removed from the PlayStation Store. So, it can be presumed that CDPR does not want the same for its upcoming Witcher title, and hence, the switch to Unreal Engine 5.

CDPR also said that it will not only use Unreal Engine 5 to develop the Witcher game but also contribute to the development of the engine “as well as potential future versions of Unreal Engine, where relevant.” CD Projekt Red will also work with Unreal Engine developers to improve open-world gaming experiences. That said, the Red Engine will be used for the upcoming Cyberpunk 2077 expansion.

Another thing to note is that the upcoming Witcher title will not be exclusive to one storefront. So, we can expect the title to be available on multiple digital marketplaces upon release and just not the Epic Games Store.

However, other than these details, CDPR did not reveal anything else. The launch timeline is also under wraps as of now. Details about the story, characters, gameplay, and more are expected to be out. Hence, we’d suggest you stay tuned for further updates, and let us know your initial thoughts about the new Witcher title in the comments below.

Upcoming Witcher Game Could Introduce a New School of Lynx; Check out the Details!