Skip to content
Home News Cyberpunk 2077 Will Be the New Witcher 3, Says CD Projekt Red; Will Be Available on Steam 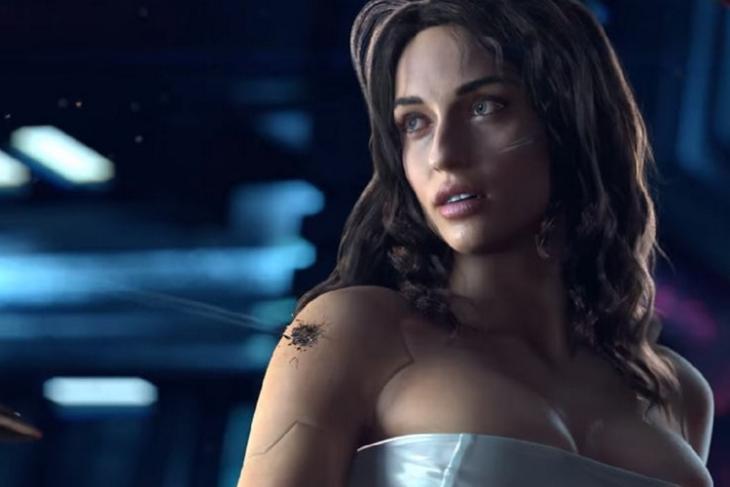 Speculation for this year E3 has already begun, and one of the most-anticipated games of this year’s conference is Cyberpunk 2077. CD Projekt Red, the publisher behind the game, first released a trailer for the game in 2012, but since then, it has been silent over the details of the game. Thankfully though, we might finally have some details with us.

As reported by Screenrant, CD Projekt Red’s CEO, Adam Kicinski, was present at the Pareto Securities Gaming Seminar last week, and finally shared a few thoughts on the game.

Cyberpunk is our new Witcher 3, but even more ambitious. Our goal is to establish a new blockbuster franchise from the beginning.

According to him, Cyberpunk 2077 won’t just cater to RPG fans.

“We work [in a] new universe, futuristic universe. We believe it’s very appealing to players, not only RPG players – but this is [a] true RPG, like Witcher, like Witcher 3, for mature audiences. It’s handcrafted, detailed, of course, open-world, with open-ended gameplay. Great game, more ambitious than Witcher 3, and we believe that we can aim [at] more ambitious business goals as well—of course, still having gamer-centric focus and quality focus as the main priority.”

To bring you up to speed, CD Projekt Red is primarily known for developing The Witcher series – based on the Witcher novels by Andrzej Sapkowski – which ended with The Witcher 3: Wild Hunt in 2015. Since then, the studio has shifted their attention to Cyberpunk 2077, which is said to be a follow-up to Mike Pondsmith’s original games, particularly Cyberpunk 2013 and Cyberpunk 2020. Considering the fact that no major league studio has taken interest in cyberpunk games so far, CD Projekt Red stands a chance to turn their game into a groundbreaking new series and a cult hit.

Kiciński reveals that due to the development of The Witcher 3, most of Cyberpunk 2077’s staff had been relocated to building the REDengine 3. However, now that everything else is done, the studio is finally looking to bring the game to consumers around the world.

Further, Kiciński confirmed that the game would not be exclusive to CDPR’s GOG, and will indeed be making its way to Steam. Additionally, there are reports of CD Projekt Red releasing a new trailer for Cyberpunk 2077 at E3 2018, while also making a version of the game available to play for expo attendees.