Skip to content
Home Internet Netflix Download Limit: What Is It and How You Can Get Around It?

Netflix introduced its download feature for offline viewing back in 2016, allowing users to download content and watch it offline on the go. The feature has really caught on in the Indian market, with a number of daily commuters relying heavily on it to keep themselves entertained even when they don’t have access to the Internet. The feature also really comes in handy when you don’t have access to an unlimited data plan on your mobile device or in places where the WiFi charges are unjustifiably exorbitant (looking at you, luxury hotels). However, Netflix’s download feature has some limitations, something you might already be aware of in case you use the feature a whole lot. If you’re a heavy user who downloads a bunch of movies or TV shows, then you might have already encountered some download limit related errors on Netflix. So what exactly is the download limit on Netflix and how can you get around it? Read on to find out:

While the platform allows users to download Netflix movies to watch offline, there’s a limit set in place which prohibits users from downloading too many movies or TV shows. According to a Netflix support page on the matter, a user can download a maximum of 100 titles of a single device at any given time, following which they will be greeted by an error that prevents them from downloading any more content on that device. Additionally, depending on the Netflix subscription plan you’re using, you’ll only be able to download titles on one, two or four devices at any given time. 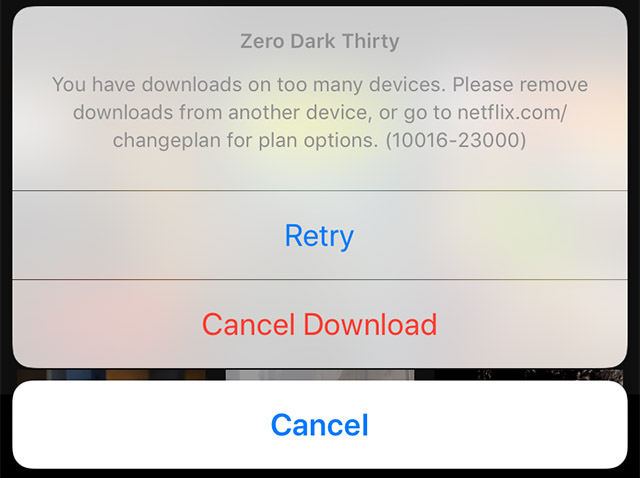 The downloaded titles also have a set expiration time, but that varies from title to title depending on the licensing agreement Netflix has with the creator of that title. Users are only notified about an expiring download 7 days before the expiration date and in case any downloaded content is removed from the platform, the download expires immediately. But why does Netflix have a download limit to begin with? You’re already paying a subscription fee, so why does the platform limit you from downloading the content that you’ve already paid for? To answer that, lets take a look at Netflix’s policy on downloads.

In recent years, Netflix has invested heavily in original content and has created a strong library of movies, TV shows and documentaries, but the platform still has a lot of content which it licenses from other content creators. The download limit on Netflix is something that is controlled by these license holders and it varies from title to title. Netflix doesn’t reveal the download limit set on each title and users are only notified about the download limit when there’s just one final download left. 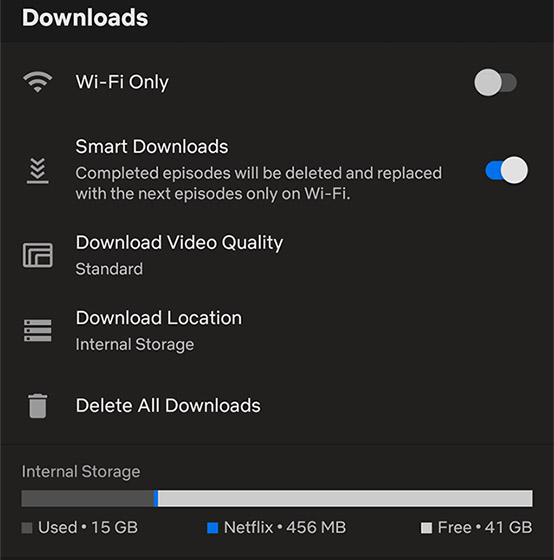 The download expiration of titles owned by other creators is also something set by the content creators themselves, and that too varies quite a bit from creator to creator. Which means that while some downloaded titles may not expire for weeks on end, some others might expire in just 48 hours. There’s no way to find out the exact expiration date for a title, which is definitely quite inconvenient, especially if you aren’t able to watch the title within the expiration limit, which will still count towards your total number of downloads.

Once you’ve expended the number of times you can download a particular title, you might have to wait a long while before you’re able to download the same title again, provided the content creator has a provision for that in their agreement with Netflix. Even though the same reason for limiting downloads shouldn’t be applicable on Netflix Originals, the platform doesn’t provide any clarification regarding why there’s a download limit on original content as well.

Since the platform isn’t upfront about its download limits there’s no way to know when you’ve exceeded a limit, until you get an error message when you’re trying to download Netflix shows. There are a couple of different errors you might encounter when you download Netflix movies to watch offline and you need to know what those errors mean before you can try to get around them. Here are some of the most common errors you might encounter while downloading Netflix content for offline viewing:

According to Netflix, users can store a maximum of 100 unique titles on a single device at any given time. In case you exceed that download limit, which seems to be quite unlikely, you’ll see an error on your app which says that you have too many downloaded videos on your device. In order to download any more titles, you’ll need to delete older downloads from your device.

Depending on your subscription plan, Netflix allows you to download content on one, two or four devices at any given time. If you try to download any more titles, an error message will pop up alerting you that you have downloads on too many devices. In order to continue downloading movies or TV shows on a new device, you’ll first have to delete all older downloads from another device or upgrade your subscription plan to support more devices.

As mentioned earlier, Netflix can prevent you from downloading a single title more than a couple of times, with the number of downloads depending on the licensing agreement the platform has with the content creator. In case you download one particular file more than a couple of times, Netflix will alert you that you’ve reached the yearly download limit for that particular title. There’s no way to circumvent this download limit and you’ll have to wait for the stipulated time period before you can download the title again.

How You Can Resolve these Netflix Errors?

Now that you’re familiar with the most common download limit-related errors you might encounter on Netflix, lets take a look at how you can resolve the errors: 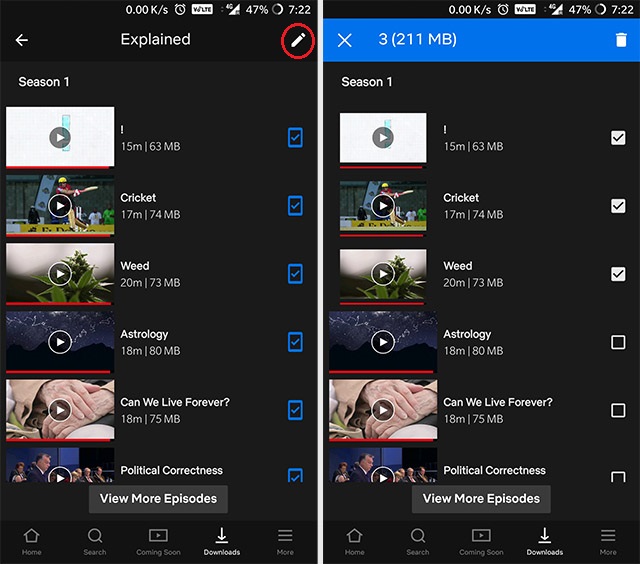 The platform also allows you to delete all previous downloads at once, to free up a significant amount of space which will then give you the opportunity to download several titles all at once. In case you face any trouble deleting older downloads, this Netflix support page lists down quick and easy instructions on how you can delete old downloads on Netflix for iOS, Android and Windows 10. 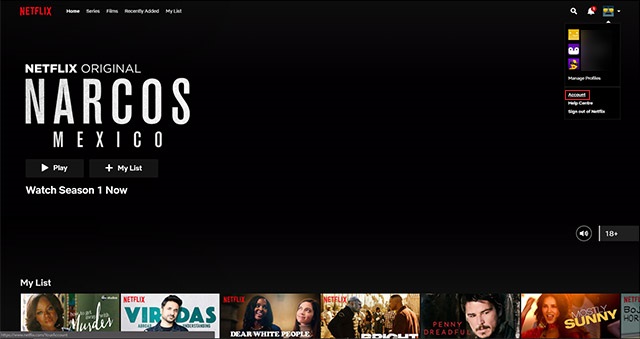 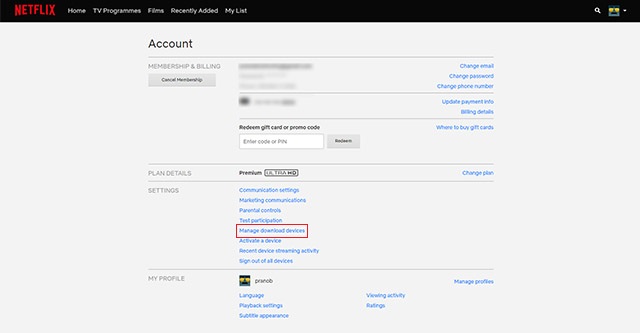 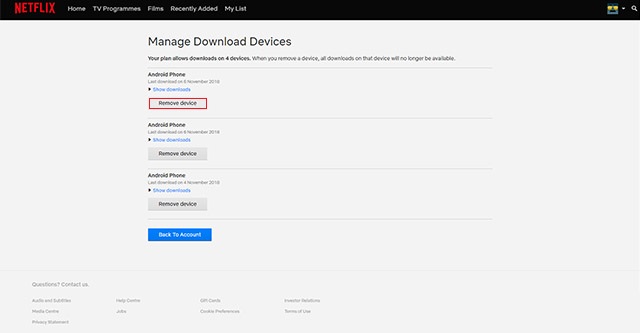 Your older device and all of the downloaded videos on the device should now be removed, allowing you to download more titles on your new device.

If you don’t want to go through the hassle of maintaining the downloaded videos on your devices, you can make use of the Netflix Smart Downloads feature. The feature, which was released for Android devices earlier this year, automatically downloads the next episode (only if you’re connected to WiFi) in a series that you’re watching, while also deleting the episodes that you’ve already watched. 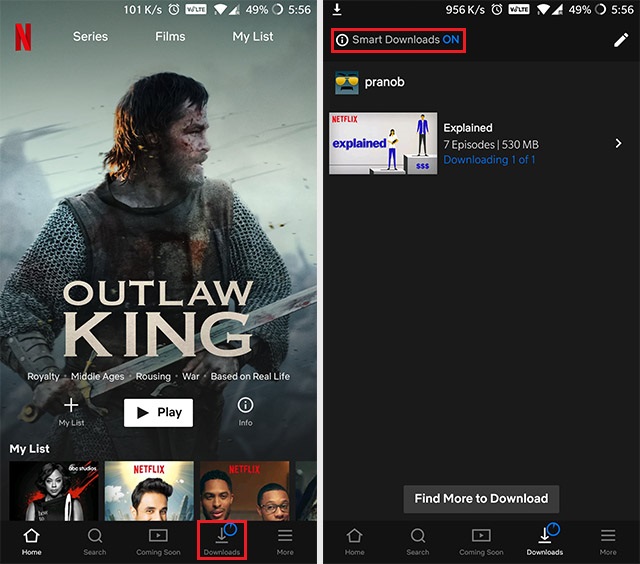 Armed with all the aforementioned information, you shouldn’t face any issues with any limits on downloading videos and movies from Netflix. However, you’ll still need to be careful about the number of times you download a particular title or you might have to wait a full year before you’re able to download it again. In case you do reach the maximum download limit for a particular video, you’ll still be able to stream it online, but you won’t be able to download it. Are you among the millions of people who watch Netflix offline? What do you think about the limitations Netflix has imposed on downloadable content? Share your views in the comments down below.