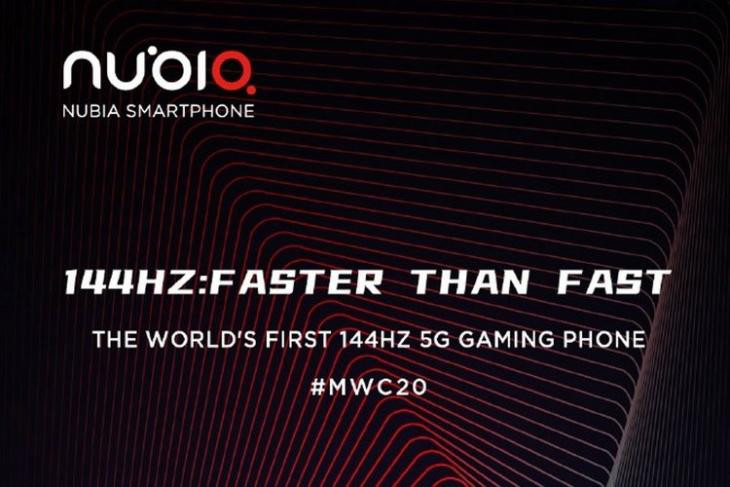 Having incessantly teased its next-gen gaming smartphone, the Red Magic 5G, over the past several days, ZTE’s consumer smartphone brand, Nubia, has announced that it will officially unveil the device at the upcoming MWC 2020 tech show in Barcelona, Spain. There’s no exact date for the unveil, with the company’s official poster only displaying the event dates of Feb 24 to Feb 27.

As for the unveiling of the Red Magic 5G at the MWC 2020, the company’s President and co-founder, Ni Fei, took to his personal Weibo account over the weekend for the announcement. He also, once again, reiterated what is likely to be the phone’s biggest selling point – its 144Hz display panel, which might make it the first mainstream consumer smartphone with a refresh-rate that high.

Fei has been also teasing many of the other key features of the Red Magic 5G over the past few weeks. According to him, the device will not only feature a 144Hz screen, but will also be powered by the Snapdragon 865. It might also support 80W fast charging, which should make it the fastest-charging consumer smartphone ahead of the Reno Ace, which comes with Oppo’s 65W SuperVOOC charging.

Coming back to the Red Magic 5G, while we do have a few pieces of info about Nubia’s next-gen gaming flagship, we don’t have the full technical details just yet, so it will be interesting to see if we get some more info before the official announcement later this month.