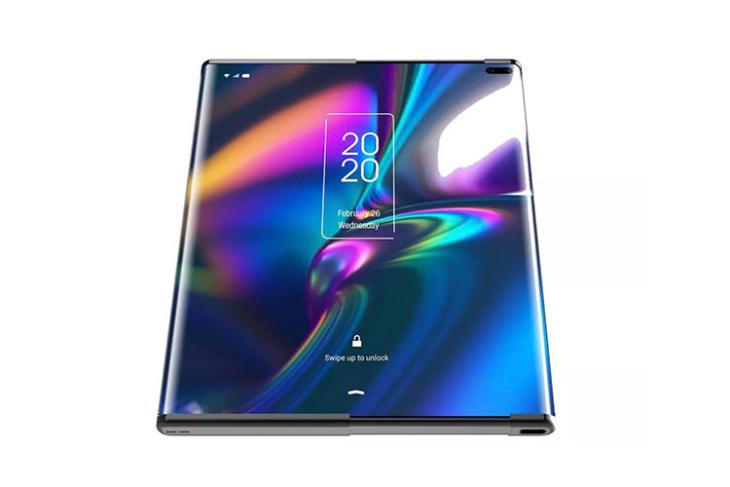 With MWC 2020 cancelled, a lot of phone launches currently linger in a limbo, and while we’re as disappointed as anyone about the annual smartphone show being cancelled due to Coronavirus fears, this new leak makes it all the more disappointing that we’ll be missing out on MWC 2020.

According to leaked images exclusively published by CNET, Chinese company TCL reportedly has a prototype phone that doesn’t fold or bend, but rather lets you expand the display to convert the smartphone into a tablet when needed.

As seen in the images, when un-extended, the phone looks like a regular smartphone with thin bezels and a curved display much like the Galaxy S10 Plus, right up to the dual punch-hole selfie cameras. However, the phone can apparently be pulled out to expand the display and get a much larger screen real-estate to work with.

It’s unclear how this mechanism works, considering the images show no crease or fold in the expanded screen, leaving us to wonder where exactly the screen goes when it’s not in use. The most likely explanation is that TCL has managed to make the screen go within the phone when it’s not expanded. That also means that the phone will likely show a remarkable crease in the display when expanded — a crease that TCL probably removed from its press renders.

It’s an interesting design concept, to say the least, and the lack of information around the phone does make it feel like just that — a design concept. Still, it’s one that we probably would have seen at the Mobile World Congress, and now there’s no telling when TCL might show it off. Still, here’s hoping we get some solid information about this smartphone. After all, as long as companies are playing around with design ideas for folding phones, this one seems to be a perfectly good way to fit a tablet inside your pocket.