MS Paint is a simple, basic image creator and manipulator that was originally introduced in 1985 with Windows 1.0, and has shipped with all subsequent versions of the operating system. It’s the first painting application of any sort that I personally used on a computer back in the 90s, and even though I’ve graduated to more robust image editing software over the years, it still felt a little odd when Microsoft added it to the growing list of Windows features that will be deprecated in the Windows 10 Fall Creators Update. Sure, it will still be available for download on the Windows Store, but you’ll have to do so manually, as it won’t be available on your computer right out the box. So from now on, since you have to download an image editor manually while running Windows anyways, let’s take a look at the 7 best free MS Paint alternatives that you can download instead:

Paint.NET is a free photo-editing software that comes with the simplicity of the built-in Microsoft program, but adds enough new features to make it not just a viable MS Paint alternative, but actually a more robust and feature-filled replacement for it. Unlike MS Paint, it comes with support for layers, blending, transparency, special effects, unlimited undo and many other useful tools, but the best thing about it is the wide array of effect, adjustment and file type plugins, not to mention all the tutorials that you’ll get on the official forums from an active and involved community of developers, users and enthusiasts. 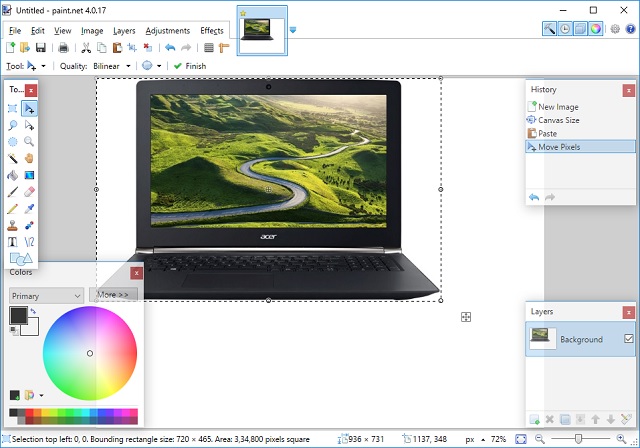 While Paint.NET is one of the most popular image-editing programs on Windows, it is, unfortunately, not available on any other platform. So if you’re using a Mac or Linux, you’ll need to take a look at some of the following examples that are available on multiple desktop platforms.

Unlike Paint.NET, MyPaint is a free and open source (FOSS) alternative to MS Paint that is available on Windows, Mac and Linux. The program focuses more on the painting aspect rather than image manipulation and, comes with a boatload of features that belies its simple user interface. It comes with dynamic brush library that simulate pencil, charcoal and ink, but advanced users can also create their own customized brushes to suit their needs. 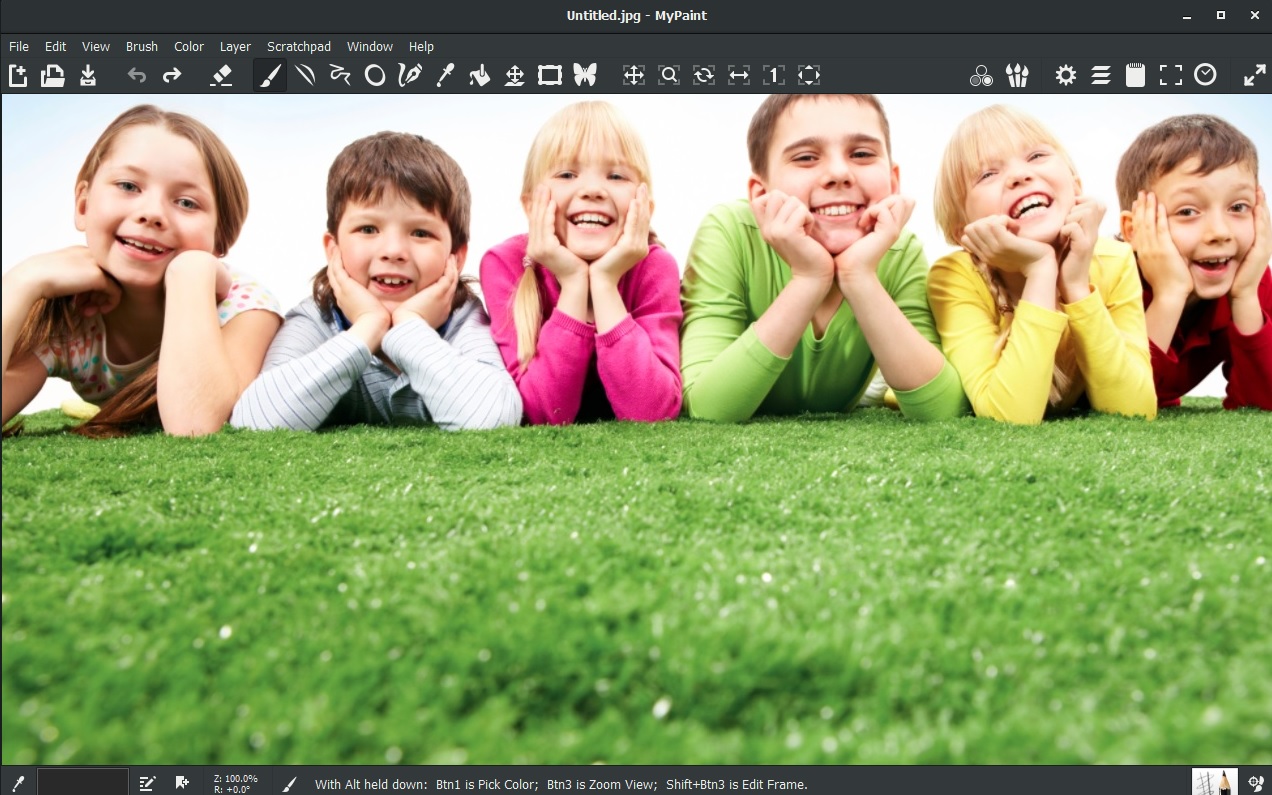 MyPaint supports all the major file formats, has support for layer management, as well as an ‘unlimited canvas’, which means you won’t have to preset the image size before starting off on your painting. MyPaint is basically a free and relatively more basic alternative to Corel Paint, so as you’d expect, it comes with support for pressure sensitive graphics tablets like the ones from Wacom or Huion.

Released in 1996 for Windows 95 by developer Irfan Skiljan, IrfanView is yet another feature-filled yet easy-to-use image editor that has gotten extremely popular over the past couple of decades. It is free for non-commercial use, and comes with a wide variety of third-party plugins for image, video and sound formats that can be added to the program to extend its already long list of functionality even further. Although it’s technically only available for Windows, it can also be run on Linux under Wine and on Mac using WineBottler. 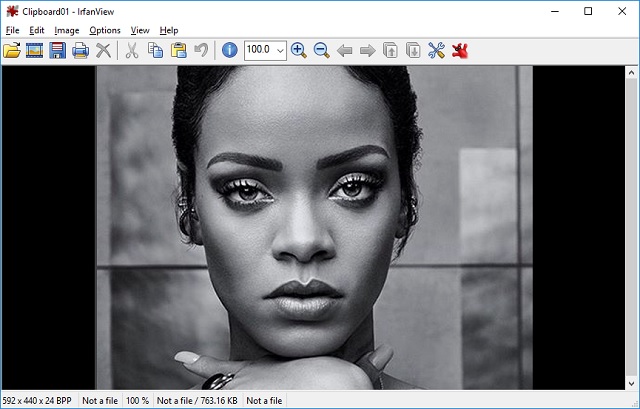 While the program is chock-a-block with features, it is extremely lightweight, occupying barely about 2MB of disk space, and even the installation of the optional plugins only require about 17MB space overall. The program also offers full support for a bewildering array of file formats, including JPEG, JPEG2000, JP2, BMP, GIF, PNG, TIFF, RAW and many more.

Pinta is a free and open source image editor that is distributed under the MIT X11 license and is available on all three major desktop platforms – Windows, Mac and Linux. The software offers all the basic features you’d expect from an image editing software circa 2017, including annotations, drawing, color adjustment, unlimited undo and more. The program also offers advanced features like support for image layers, something that you’re unlikely to find in more basic image editors. 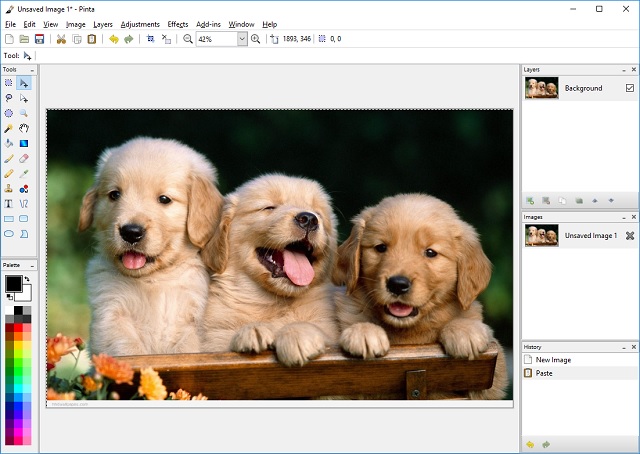 The original creator of Pinta, Jonathan Probst, has gone on record saying that his software was inspired by Paint.NET, which itself was intended to be an open source replacement for MS Paint. However, for the most part, Pinta comes with its own original code, with only the adjustments and effects code borrowed from Paint.NET. Pinta is hosted on Github and is under active development, although, Probst is no longer associated with the project.

So we’ve taken a look at quite a few free and open source software for Windows and Linux, but only a few of them are available for Mac. If that’s making all you Mac-owners feel a little left out, here’s one that you should try if you’re looking for a basic, free image editor and annotator for Macs. Paintbrush is a free and open source program that’s available only for Mac, and was originally intended to be a replacement for MacPaint – an archaic image manipulation software that was last released almost three decades ago back in the late ’80s. Like Paint, it is also a very basic software with a simple interface, and comes with freehand drawing, an eraser, a spray can and a few other simple annotation tools. 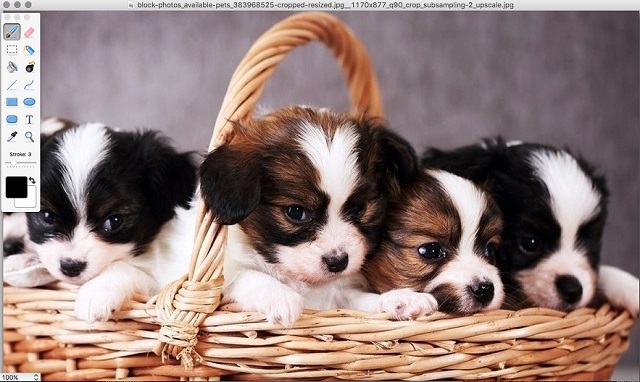 Paintbrush is probably one of the least powerful software on this list, and is only a simple 2D bitmap editor with no vector capabilities. However, you can still save edited and annotated images as PNG, JPG, BMP, GIF and TIFF.

Greenshot is yet another free and open source editing and annotation software that is available for Windows under the GNU Public License. Greenshot is s great MS Paint alternative if you mostly used the built-in Windows program to save screenshots on your PC. That’s because Greenshot specializes in screenshots, and can be used to create, annotate and edit them. The program comes with several optional plugins for Office, Imgur, Dropbox, Flickr and Confluence, among others. The program allows its users to resize, rotate or crop images, and just like Paint, even annotate them with rectangles, ellipses, lines and arrows. 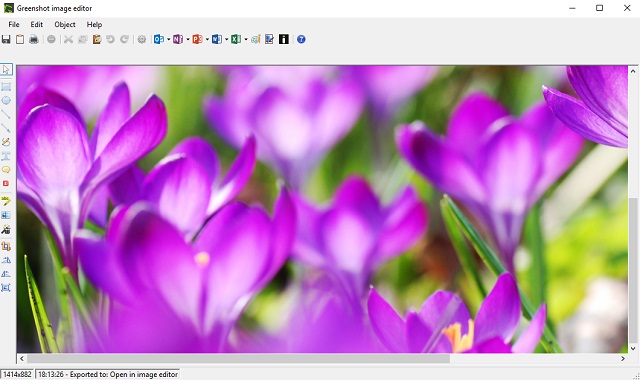 Greenshot is a very capable program that’s light on resources but heavy on features. It is extremely configurable, and unlike the default PrtScn tool, even gives you an option to capture the mouse cursor in your image. The program combines a great screenshot tool with a neat little image editor and extreme configurability.

Last, but definitely not the least, those looking to replace MS Paint on their Windows PCs should take a serious look at the more grown-up version of Microsoft’s age-old image editing software. Called Paint 3D, the all-new iteration of Microsoft’s iconic software is a part of the Windows 10 Creators Update, and is one of the many new 3D applications that are now available for download from the Windows store, including View 3D and 3D Builder. As you’d expect, Paint 3D is a lightweight app that draws heavily from its predecessor, but comes with support for 3D elements including humans, animals, geometric shapes, texts and doodles. 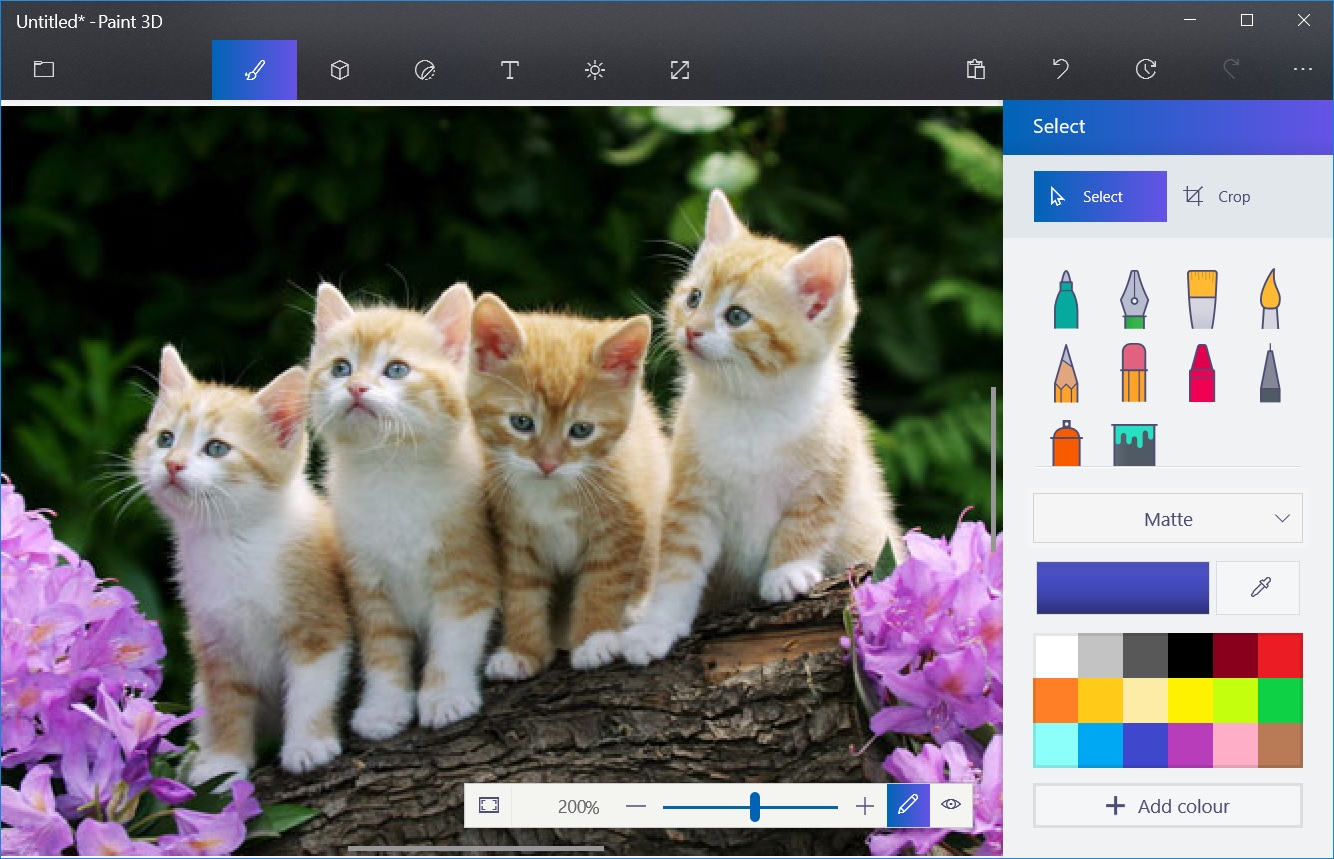 While Paint 3D is an enormous improvement over its predecessor, it still got ways to go before it catches up with some of the other programs mentioned on his list. In fact, while it brings many new features to the table, it also misses out on some absolute bare-basic features, like multi-window support. Overall, Paint 3D is a decent program that’s well worth a look, but there are also other, more powerful free MS paint alternatives.

While MS Paint will still be available for download from the Windows Store, it will cease to be the default photo editing application on Windows PCs like it has been for decades now. But nostalgia or not, we need to appreciate that the program has outlived its utility even circa 2017, and while it can still perform bare basic tasks, there are other options available that can do the same with much more panache, and much more efficacy, but without the steep learning curve that comes with programs like Photoshop or GIMP. So what do you use for your everyday image editing needs? Do leave your thoughts in the comments section below.