Motorola One Power, a device which was showcased at IFA 2018, recently made its way to India with a pricing well-suited to the mid-range segment. At Rs 15,999, it is priced only slightly above the currently most sought-after devices in the segment – Redmi Note 5 and Note 5 Pro – and has a larger battery, better cameras, and a relatively modern design. That surely makes the Motorola One Power more attractive but does the overall package make sense for those seeking the best possible performance? Let’s take a look.

The Motorola One Power is equipped with a combination of Snapdragon 636 and 4GB of RAM. This a fairly common setup seen on some of the most popular phones such as Nokia 6.1 Plus, Redmi Note 5 Pro, Asus Zenfone Max Pro M1, and it’s legible that Motorola chose this for the new entrant, which is launched with the intention of attracting existing Motorola users to upgrade to a more futuristic design and a longer power backup which guarantees usage and entertainment for a long duration. 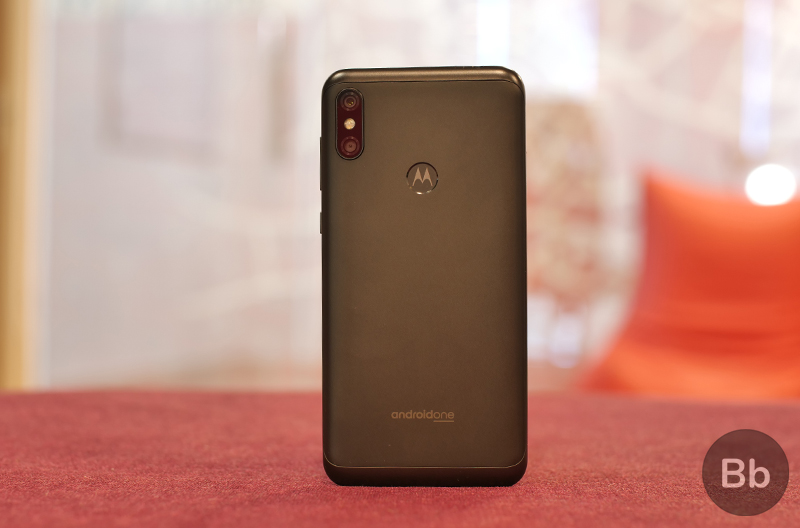 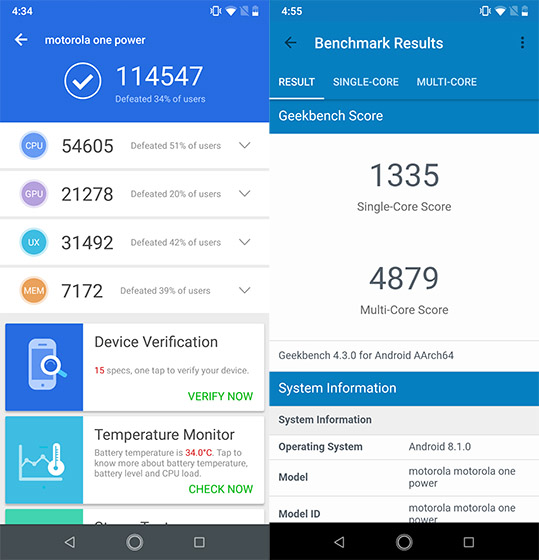 Here’s a comparison between the benchmarks of the Motorola One Power compared to its competitors:

In terms of day-to-day usage, there is no observable lag or glitch and this is because of the bloat-free Android One experience. Motorola One Power sports Android Oreo 8.1 and the company took pride in promising Android Pie update by the end of the year, with soak tests starting later this month. The only noticeable instance of lag is when you unlock the smartphone using the fingerprint sensor when the display is off. This is perhaps because of some wake animation and Motorola seems confident about fixing it in the future. 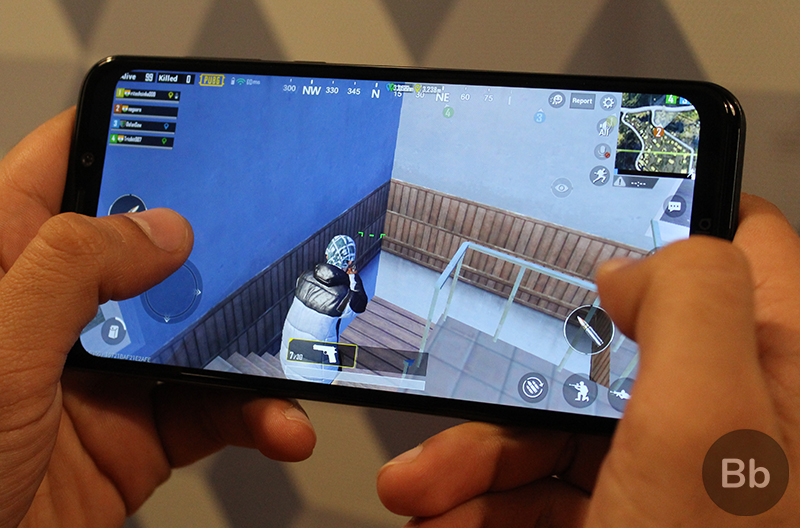 When it comes to gaming, let me tell you that I’ve been playing a lot of mediocre and under-rated games but that is somewhat because the One Power does not fare very well when it comes to demanding titles such as Asphalt 9 and PUBG; the latter is limited to Medium graphics. While it can handle these games, you wouldn’t get the same graphics experience as slightly more expensive devices such as the Mi A2 or Poco F1. 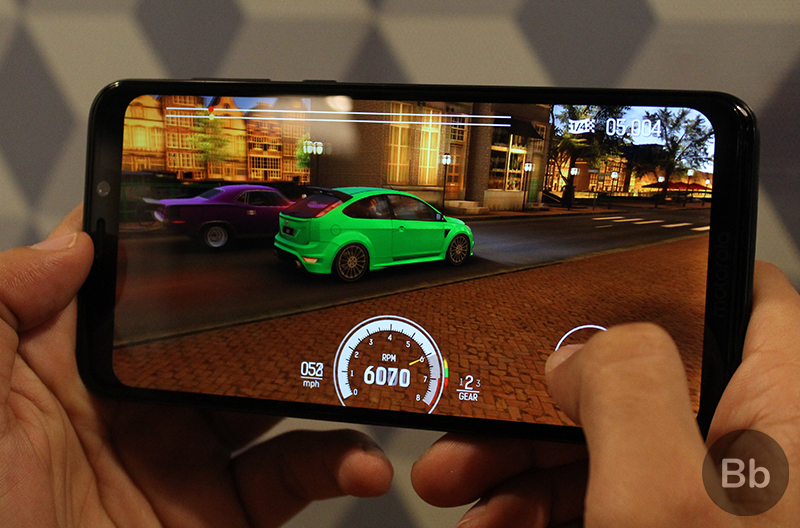 With that said, let me clarify that I played games like SBK16, Dead Trigger 2, Guns of Boom, War Wings, Nitro Nation 6 without any trouble. Further, the optimized notch ensures that the areas above and below the display appear symmetric, unlike Poco F1 in which the notch is still as painful as ever, in spite of the MIUI 10 beta update. 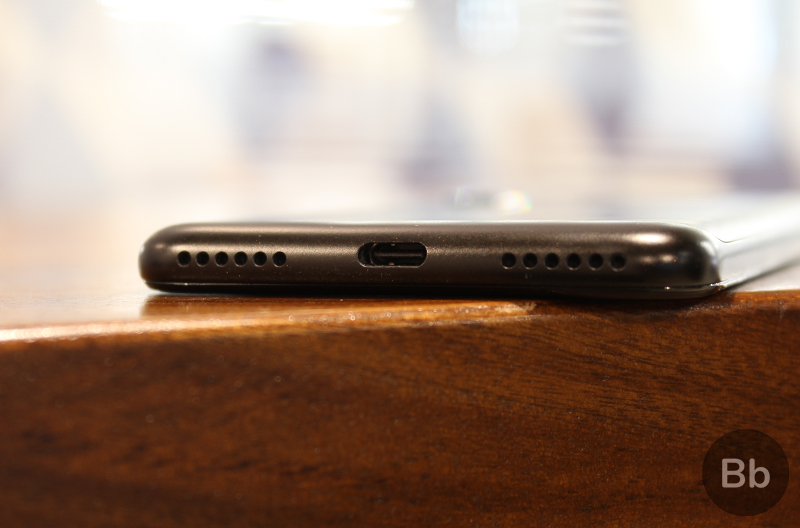 Another appealing aspect of the Motorola One Power is its mono speaker at the bottom. The speaker can get loud enough to rock you if you’re in a closed room or even suffice for your volume needs if you’re outside. This, along with the HD playback support on Netflix and other OTT apps adds to Motorola One Power’s case of being a device meant for entertainment. 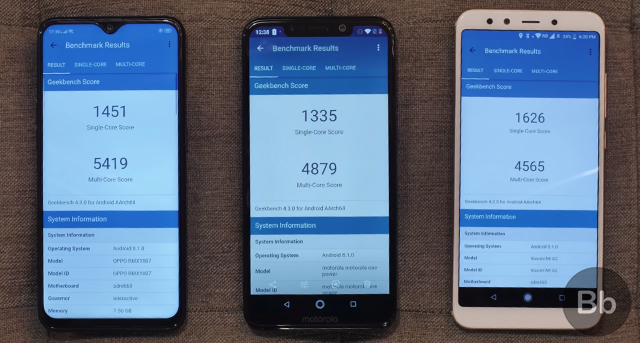 Lastly, while the stock Android experience does not increase the performance noticeably, it is fairly similar to the Mi A2 and newly announced Realme 2 Pro but these smartphones are better when it comes to the graphics quality. If you’re willing to spend more time learning about the Motorola One Power, you can watch our full video review on YouTube.

Motorola One Power Battery Test: Goes on for Two Days

Motorola One Power to Get Android Pie Beta in October

Motorola One Power Specs, Availability, and Price in India

Motorola One Power With Massive Battery, Android One Launched for Rs 15,999

Motorola One Power to Arrive in India on September 24