Motorola has a new offering in the market that is designed to free you from the anxiety of a quickly draining battery. As its name suggests, the Motorola One Power has a large capacity for power inside its 5,000mAh battery, which the company claims can easily last two days. Without a doubt, I was prompted to confront these claims and a slight bit of skepticism crept in looking at the large battery, but boy has this proved my hasty judgment wrong.

With the massive battery, Motorola One Power puts up a gripping proposition which is not present in the majority of the devices at this price. The large battery, as per the company, ensures a tireless multimedia and entertainment experience, while the Widevine L1 certification for HD playback allows you to binge on your favorite Netflix shows for the entire Sunday without fearing that the smartphone will run out of power. Let’s take a look a what the battery has to offer – both in terms of its quickness to gain charge as well as its sloth to lose it.

I repeat – I was skeptical about the claims which Motorola made about the battery’s ability to endure. But, after using the device for over five days now, I can say that the battery blew me away – and I’m thankful that it was not literal. From a single charge, you can easily fetch more than two days on a moderate mix of photography, gaming, watching videos, listening to music or podcasts, or simply texting.

In my usage, I was delighted for having to charge the phone only once every two days with no urge of charging it overnight to prevent it from drowning. This is because the device has an impressive standby and the active battery capacity only falls a percent or two overnight. 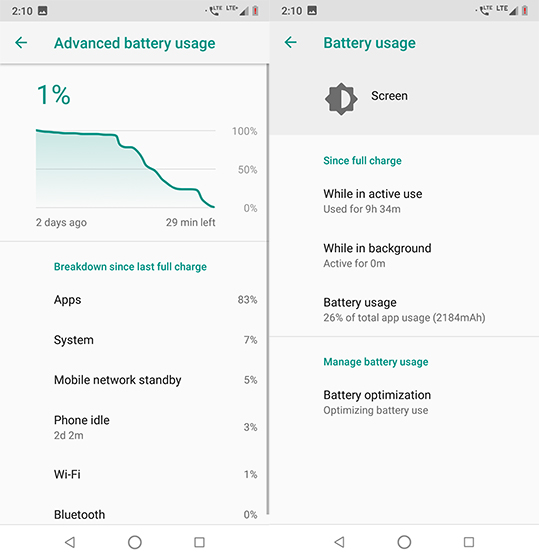 While using the Motorola One Power moderately, I found the battery to easily cross the two-day mark with a screen-on time (SOT) of nine to ten hours. That’s directly twice when compared to other devices with standard batteries that last not more than a day. On slightly heavy usage, I was able to get over twelve hours of SOT while the phone lasted slightly over a day and ten hours.

Mind you, these were in case of continuous network connectivity, Wi-Fi usage indoors, and intermittent GPS usage. Moreover, I have a tendency to turn off auto brightness and use the display at a high brightness value, so I feel the battery fares very well. 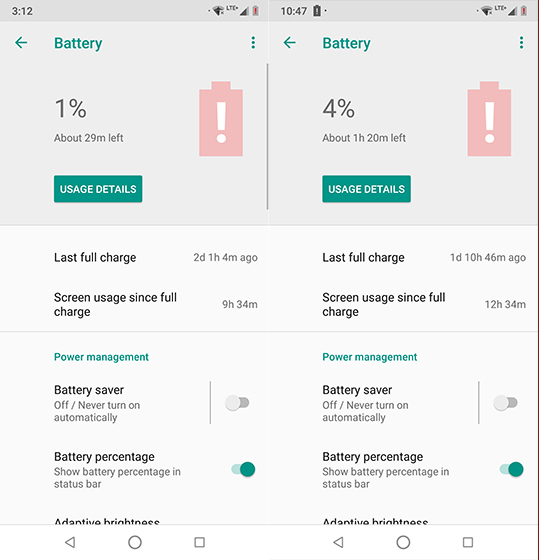 Upon continuous gameplay of PUBG Mobile for three hours, the battery reduced from 100% to 77%. Extrapolating this translates to the fact that Motorola One Power should easily breach the 12-hour mark when the screen is being used continuously and that is darn impressive.

Motorola One Power not only rises above its major competitors in the range, including the Nokia 6.1 Plus and Mi A2, but also outpaces them when it comes to charging. To beef up this 5,000mAh battery from 5% to 100%, the Motorola One Power takes between 135 minutes to 170 minutes depending on your usage while the device is charging. Along with the smartphone, Moto is providing a 15~18W Turbo Charger. 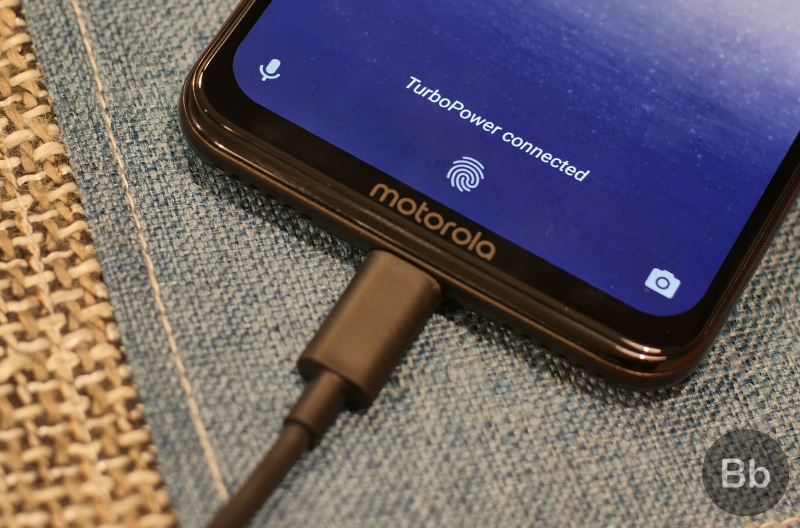 It’s easy to say that you will be able to charge the device fully in about 2 and a half hours. Meanwhile, going from 5% to 50% takes about 45 minutes which is impressive, and considering that the same amount of charge will let the phone survive a day easily, I’d say the Motorola One Power’s battery makes it a compelling case.

When we compare this with another smartphone with a 5,000mAh battery – Asus Zenfone Max Pro M1 (4GB), it can be noted that the Zenfone took a total of two hours to go from 10% to 100%. This is after the Zenfone uses a smaller 10W charger versus the 18W bundled with the Motorola One Power. So the former wins when it comes to fast charging, in spite of Motorola’s Turbo Charging backing the One Power’s power appetite. 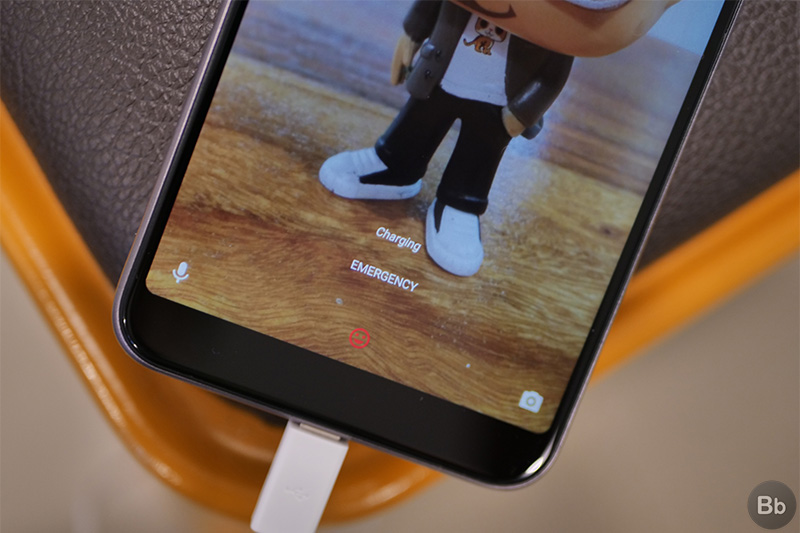 However, when it comes to endurance, both produce a similar output with over two days of battery on moderate performance. I believe I would have to give this to the Motorola One Power for maintaining a strong performance despite the slightly bigger screen and better cameras.

Motorola One Power: The New Game-Changer?

Motorola is surely hitting the right notes when it comes to delivering a reliable and astounding battery backup.

With the guarantee of endurance, you can be carefree about carrying a charger or a power bank with the Motorola One Power. Notably, the bigger battery does add to the weight, as you can see in our comparison of the One Power with its peers. But that is something you could get used to, as you get familiar with the device.

The Motorola One Power also feels slightly more durable than the Asus Zenfone Max Pro M1, which is another device with as large a battery. The camera too is better while the notch-ed display also gives it an aura of being more premium.

Motorola One Power to Get Android Pie Beta in October

Motorola One Power Specs, Availability, and Price in India

Motorola One Power With Massive Battery, Android One Launched for Rs 15,999

Motorola One Power to Arrive in India on September 24